Zhou Yuelong reached the final of a ranking event for the first time by beating Gary Wilson 6-5 in a five-hour marathon at the BetVictor European Masters.

In a semi-final which finished at 1.20am, China’s 22-year-old Zhou made an excellent break of 60 in the deciding frame to set up a match with Neil Robertson on Sunday in Dornbirn. First to nine frames will take the trophy and £80,000 top prize. 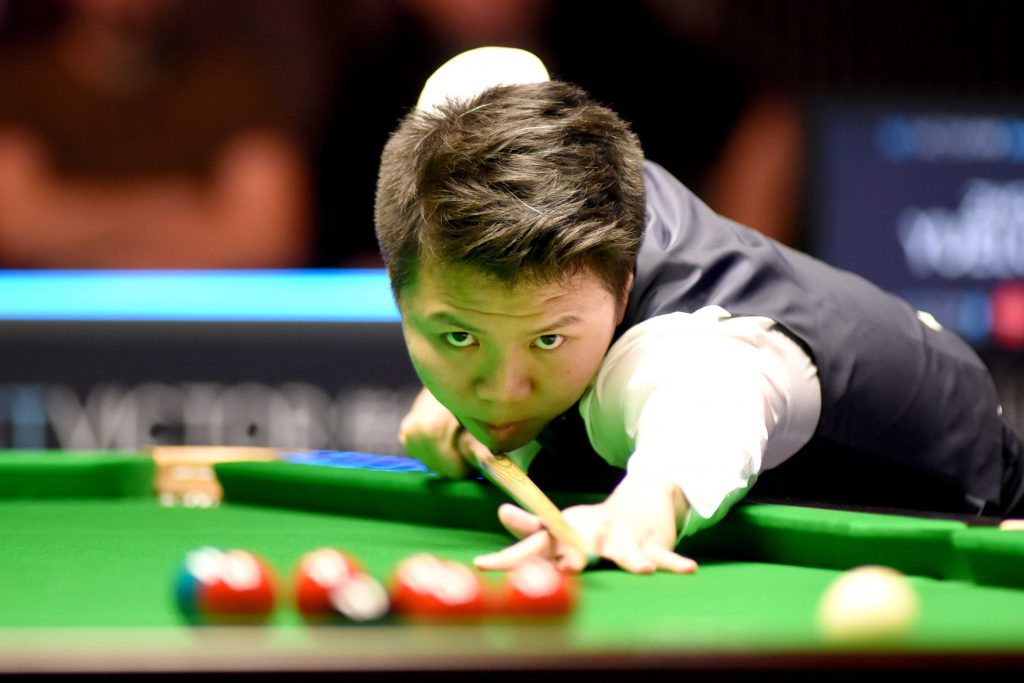 World number 32 Zhou will be aiming to win his first ranking title and become the third Chinese winner this season after Yan Bingtao and Ding Junhui.

His only previous ranking event semi-final came in the same tournament in 2017 when he lost to Stuart Bingham, but this time he out-fought the more experienced Wilson in a tough battle.

World number 18 Wilson took the opening frame with a break of 62, then Zhou got the better of a safety exchange on the last red in the second as he levelled at 1-1. A run of 64 saw Wilson regain the lead, and in the fourth he took advantage of a missed black from his opponent at 31-31 to go 3-1 up at the interval.

A 45-minute fifth frame went Zhou’s way then he changed pace with a break of 113 to level at 3-3. Wilson’s 77 gave him the seventh but Zhou hit back again, making a 54 as he took the eighth. The key moment of frame nine came when Wilson missed the penultimate red to a centre pocket when trailing by 39 points, and Zhou later potted the red as he went ahead for the first time at 5-4.

Zhou had first chance in frame ten but had scored just 8 when he was unlucky to knock in a red as he split the pack off the blue. Wallsend’s Wilson punished him with an excellent 74 for 5-5. A safety exchange early in the decider ended when Zhou slotted a long red into a baulk corner, and he went on to make 60 which proved enough.

“Ever since I started playing snooker I have dreamed of reaching a ranking final,” said Zhou. “I feel fantastic. I have played well all week and I played some good safety tonight. I have never experienced this before. I am excited but I will try to have a good rest tonight.”