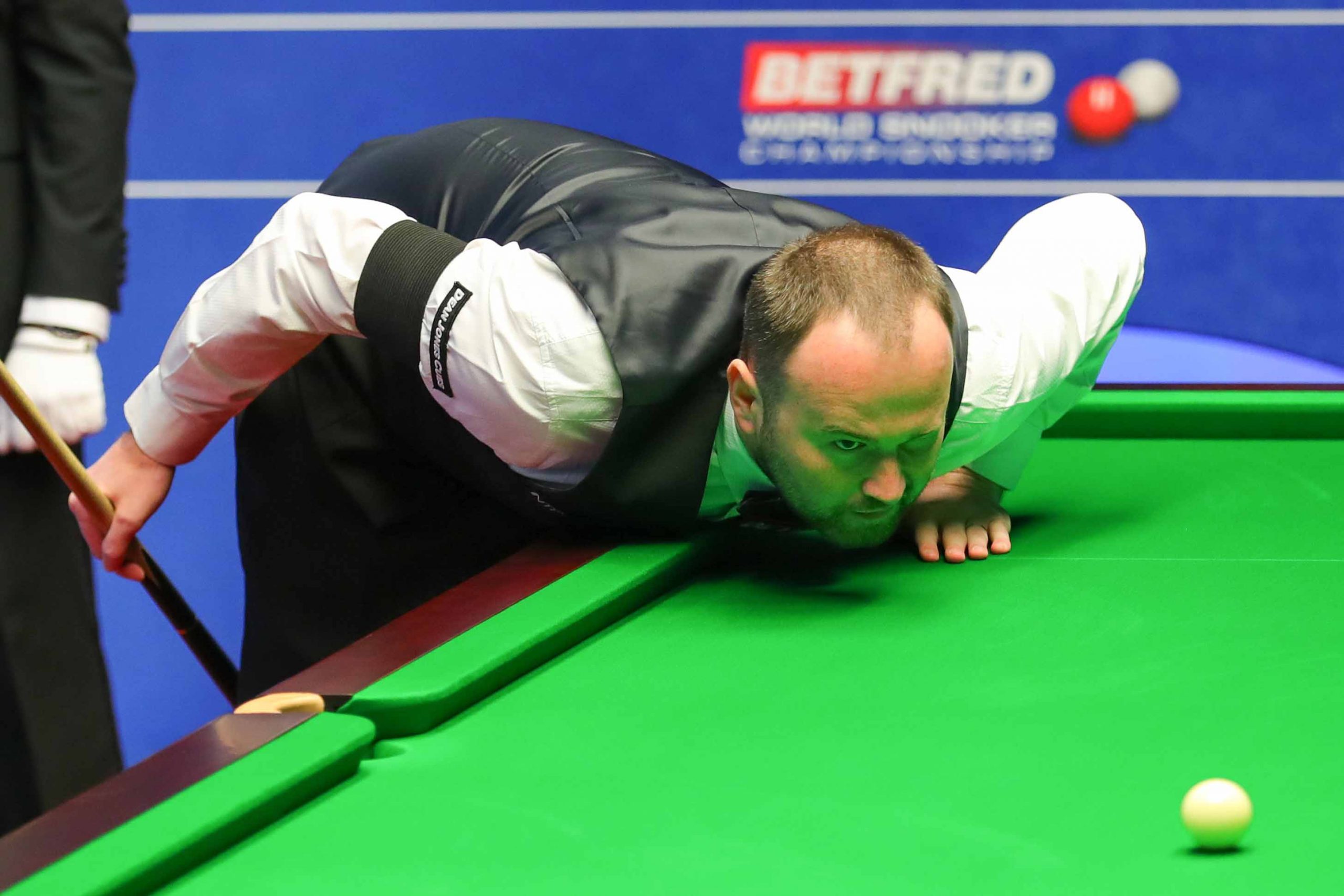 After 15 years as a professional, Mark Joyce finally stepped out at the Crucible for his debut appearance at the Theatre of Dreams in April, now he’s aiming for maiden ranking silverware.

Englishman Joyce defeated Brazil’s Igor Figueiredo 10-7 in the final round of Betfred World Championship qualifying, before pulling defending champion Ronnie O’Sullivan out of the hat in the draw for round one.

The result didn’t go Joyce’s way, as he succumbed to a 10-4 defeat against the six-time World Champion. Despite the scoreline, 37-year-old Joyce believes he can use the experience as a learning curve. The former Riga Masters finalist hopes he can kick on in the upcoming campaign and capture a maiden ranking title.

Mark, it is quite a whirlwind after qualifying for whoever draws the defending champion, what was your experience like?

“I drove back home after winning my last qualifier and tuned into the draw on Thursday morning. With six or seven balls to go, I was still to come out and Ronnie was still to come out. I knew I was going to get him, I just had that feeling. It’s manic from that point. My phone was going mad, I was trying to sort my logos out. I’m good friends with Kyren Wilson and he said to me to get up there asap and sample the atmosphere because of how different it is. The whole thing was a bit of a circus, especially playing Ronnie, but it is an experience and hopefully going forward I can learn from that.”

How did it feel walking out at the Crucible for the first time?

“When the Tournament Director Martin Clark knocked on my dressing room door to get me to the arena, it was weird. It was like I couldn’t get my feel, my timing or my rhythm. What surprised me most was how claustrophobic and tight it is. I’ve been there quite a few times to watch, but that was more in the one table setup. When the divide came down between the two tables it was so tight. It is the perfect size because any smaller and it wouldn’t work. It was tough, but it was a good experience going forward and in terms of the draw it doesn’t get too much tougher than that.”

Was a bit of a monkey off your back to finally qualify?

“It’s eluded me over the years. I’ve played in pretty much every other venue. The World Championship is where every player wants to be. Until you are in that event you aren’t really seen by the general public. I like darts, but I only really watch the World Championship. Until you qualify for that, you aren’t really putting your face out there for the general public. Although I’ve been on the tour and ranked in the 30s for years, the BBC events and the World Championship is where you show yourself. All eyes were on that match with Ronnie and I’m sure it has boosted my profile a bit. It was a good experience. I’m not going to be too hard on myself for the performance. I just didn’t settle and if I get there again hopefully it will be different.”

How are you feeling about your game heading into next season?

“Every season you go into is the biggest one and next one is no different. Hopefully the tour is getting back to a bit of normality. I know my game is in a good place. I’m just looking forward to, hopefully, kicking on. I got to the Riga Masters final a couple of years ago and hopefully next season I can turn being a finalist into being a ranking event winner.

“A few of the lads from my area like Mitchell Mann and Riley Parsons wanted a game to prepare for Q School so I decided to get my cue out and have a knock two or three times a week. I did exactly the same a couple of years ago before getting the final of Riga, at that point I’d had work done on my cue so I was trying to get used to it.  You just don’t know, if everybody else is putting their cue down and I’m keeping my arm in and putting in a bit of work then it could help me out.”