Winning a first professional title is a moment that a snooker player remembers for a lifetime. Many, of course, never get to experience that sense of relief and elation, to be the last man standing at a tournament and lift the trophy.

The closer a player gets to crossing that barrier, the more the pressure intensifies. How often have we heard the expression: “If he wins one title, he’ll go on to win a lot more.”? In any sport, there are players with enormous talent who never make that breakthrough. 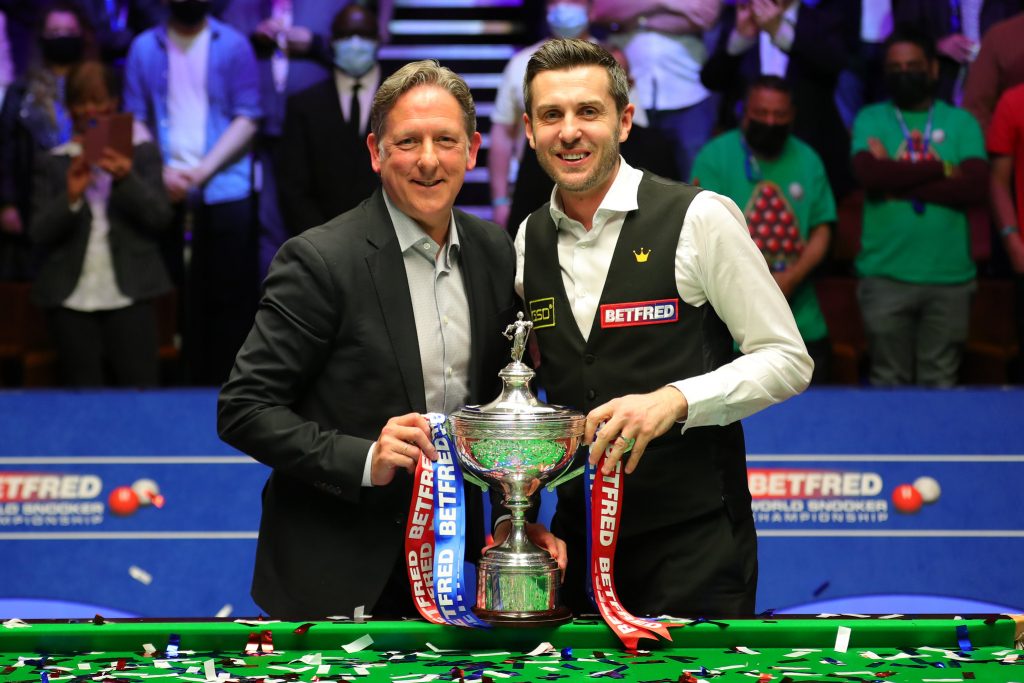 Top coach Chris Henry has worked in snooker for many years and has helped some of the sport’s biggest names – in fact both of this year’s World Championship finalists, Mark Selby and Shaun Murphy, had him in their corner.

Henry’s approach is grounded in neural science: repetition and habit help the brain to normalise potentially difficult situations. He believes that the most stressful competitive scenarios can be simulated in practice conditions, which can be a key to success.

Henry explained: “A lot of it is subconscious. There is something in the brain called a PCM – Psycho Cybernetic Mechanism. It is basically like a performance thermostat. If you imagine you are in a room and you want it to be warmer and you turn the thermostat to 22 degrees, the heat comes on. However, once you reach 22 degrees the thermostat recognises that and cuts out the heating. Our subconscious has a certain level of performance and achievement wired into it and if we start to outperform our self image and self belief, it is very difficult to get beyond that level.

“For example, if someone is about to make their first century break, they start to get very nervous. The brain doesn’t recognise that level of performance. That’s when a part of the brain called the amygdala kicks in. Its job is to protect the person from potential danger, or something it doesn’t recognise.

“What we have to do is create memory files to bypass that. We can do that when practising, because the subconscious doesn’t know the difference between what is real and what isn’t. I was working with Peter Ebdon when he beat Stephen Hendry in the 2002 World Championship final. We used to do sessions in his mother in law’s garage, with visualisation and role play about winning the World Championship. Because he had lost to Stephen previously at the Crucible, he used to visualise beating him specifically in the final. Incredibly, we looked at the draw and saw he was in a different half. It was amazing that it transpired to be Stephen in the final and Peter managed to achieve his all-time goal.”

Henry was also working with Mark King when he clinched his maiden title at the 2016 Northern Ireland Open. Essex cueman King had previously spent 25 years as a professional in pursuit of silverware, before he defeated Barry Hawkins 9-8 in a dramatic final to realise his dream. 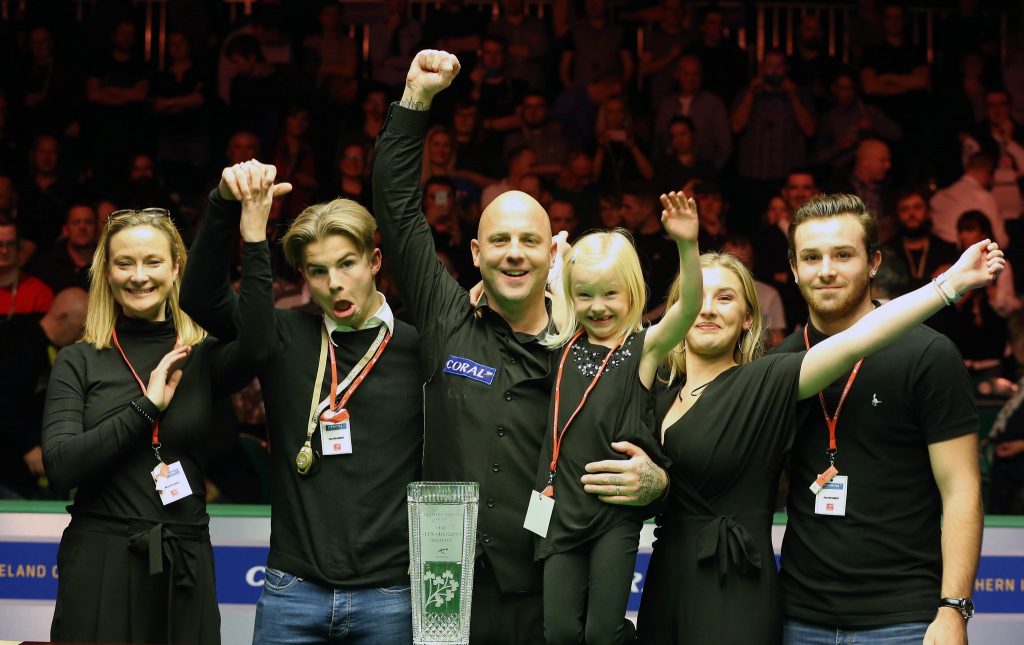 King said: “There was a lot of visual preparation before the win in Belfast and for a long time it involved my family being there. For me, that was the be all and end all. For everyone to be there was magical. That is what you strive for. I’d seen people like Mark Selby and John Higgins with their family at the table after collecting the trophy. I said that I wanted a piece of that joy. For that week, I was the best. I won it, got the trophy and all of the feelings. There was no disappointment and I didn’t need to go back to the drawing board. It was just great

“I am still playing because I want to win again. I don’t want to just pick up the money. There are a lot of people who will think that I will never win another trophy. They will think that was my week and that I’ll never do it again. I want to shut them up, do it again and show that it wasn’t a one off.

Anthony Hamilton had a similar experience to King, chasing a maiden title for 26 years. In conversations on the best players never to win a ranking title, his name was always among the first to be mentioned, But that changed at the 2017 German Masters, when he beat Ali Carter 9-6 in the final in Berlin.

In fact in 2016, Hamilton almost reached the final of the tournament won by King. Up against Barry Hawkins in the semi-finals, he accidentally feathered the cue ball at a critical moment of the deciding frame and lost 6-5.

“A good ten years before Germany, I’d actually come to terms with not winning one,” Hamilton reflects. “I wasn’t even considering it. I’ve had a back injury since I was at 35 years old and I realised that I wasn’t going to win tournaments. I stopped worrying about it. 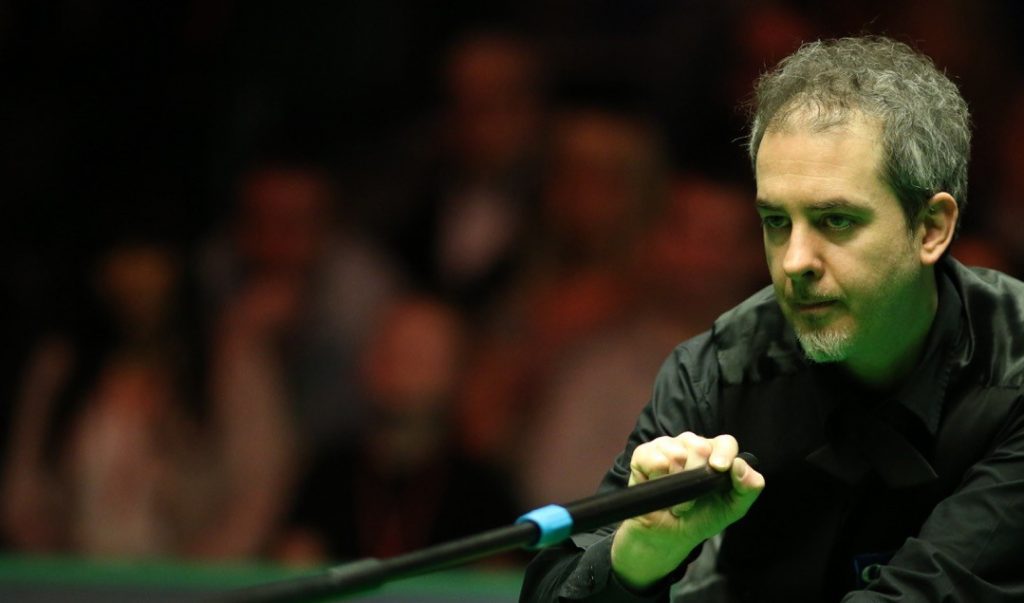 “The semi-final with Barry in Belfast was the first time in ten years that I hadn’t felt completely useless. I wasn’t just some old dude fudging the other players around, like I am now. Everything clicked at that point and I was a proper snooker player again. I was in control. Yes, I touched the white and lost to Barry, but I felt I could have carried on playing snooker for another 24 hours straight at that point. That is an amazing feeling. It felt great and it manifested itself in Berlin.

“To win that tournament, with my parents in the crowd, was an absolute fairy tale. It is something I can take to my grave with me. If I saw it in a sports film, I would think it was too cheesy. I was in a real vein of form and I carried it through. With confidence and sharpness, it is amazing what a snooker player can do.”

David Gilbert was another whose name would spring up in the ‘best player never to…’ debate, especially after he had suffered a series of gut-wrenching results, including a17-16 defeat at the hands of John Higgins in the 2019 World Championship semi-finals and a 10-9 loss to Mark Williams, having led 9-5, in the 2018 World Open final.

So a landmark triumph at the Championship League ranking event at the start of the current season, beating Mark Allen in the final, was particularly sweet for the Tamworth cueman

“I just finally smiled I guess, which is quite rare playing snooker,” Gilbert recalls. “It is a nice feeling to finally be able to go back to the snooker club and not have to listen to the local guys, who have hammered me for years. They can’t really say anything. It is there in black and white. I am a winner.

“It didn’t matter if it was the Championship League, the Shoot Out or the UK Championship. A win is a win. I won’t get carried away and start talking like I’ve read every self help book going. I want to win another one now. Whether that will happen I don’t know. I will keep putting the effort in and keep trying to improve.” 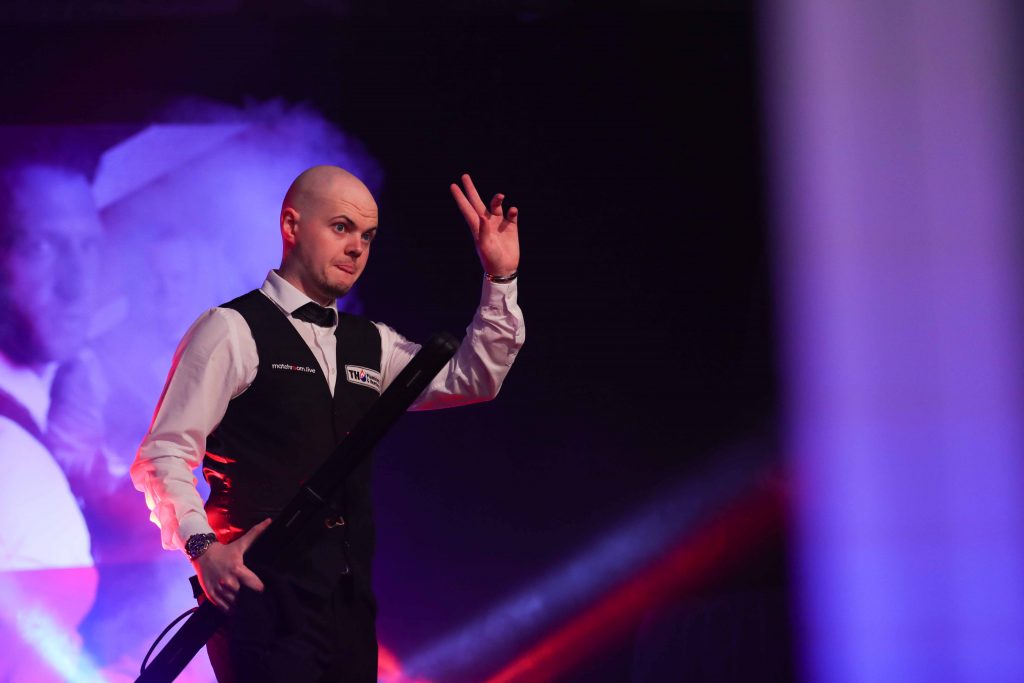 Gateshead’s Elliott Slessor is still searching for a first appearance in a ranking final. He went on a fine run to the semi-finals of this year’s British Open and also reached the last four of the 2017 Northern Ireland Open. He doesn’t believe that the maiden title barrier is as daunting, if you set your sights beyond it.

Slessor said: “If you are trying to win multiple events then it shouldn’t really matter. That pressure is always going to be there. If you look at the multiple winners like Mark Williams and Ronnie O’Sullivan, whether they win one or ten, it doesn’t matter. They are greedy for success and always want more.

“They are the best set of players that have lived, but underpinning that is the mentality of greed and always wanting more. You have to shoot for the stars. If you miss, then you miss. I think a lot of people cut their goals off too short though. They are just content with winning one or getting to the final. If you don’t aim for the very top, then I don’t understand why you are playing.”