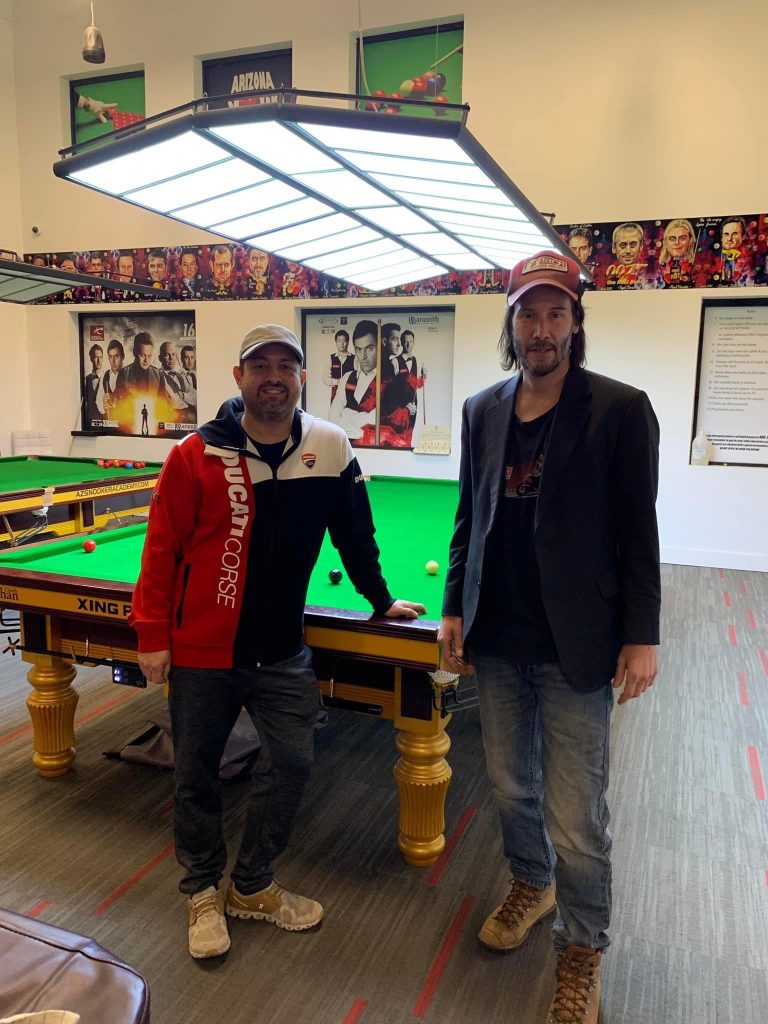 Arizona Snooker Academy owner Romil Azemat had the surprise of his life earlier this week when Hollywood actor Keanu Reeves walked in to play a few frames.

The star of The Matrix, Point Break and Bill and Ted’s Excellent Adventure revealed his love of the sport at the club near Phoenix in the USA.

“He came in with three of his friends and played for while. He was living the dream,” Romil told us. “Then we spoke for about an hour as we both share an interest in motorcycles. He used to play snooker when he lived in Toronto and he told me that I brought back lot of memories, he really appreciated that. He said it’s hard to find places to play snooker in the USA.”

Reeves, age 57, was raised in Toronto during the 1970s and 80s so is sure to have supported fellow Canadians Cliff Thorburn, Kirk Stevens and Bill Werbeniuk during that period.

The Arizona Snooker Academy is one of the leading clubs in the USA, with four Star tables.

Romil added: “We are really pushing to promote this game in USA and we have sold over 40 tables here.  Our dream is to have pro tournaments in USA.”