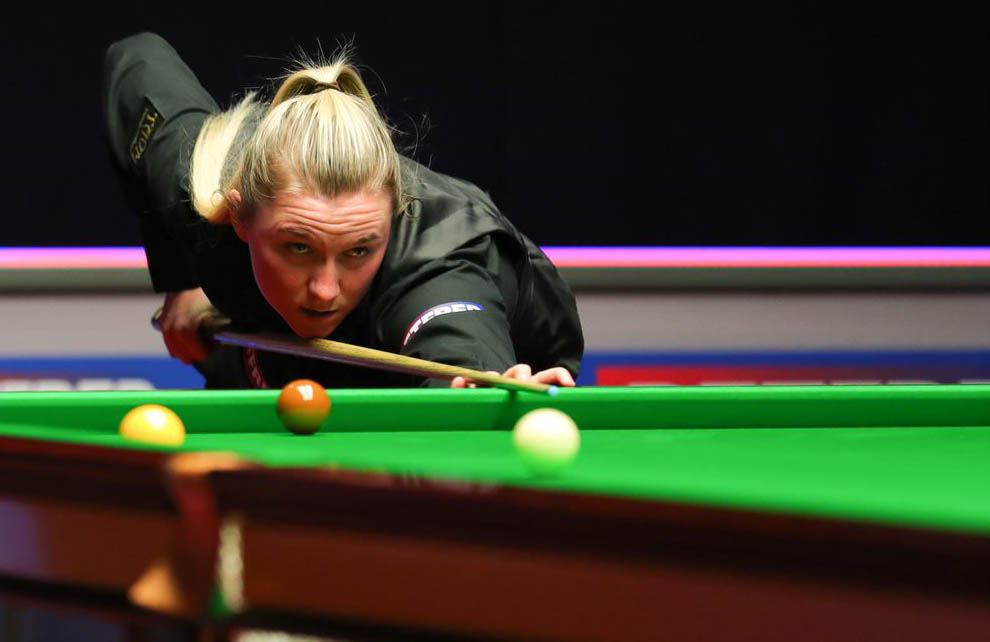 England’s Rebecca Kenna will join the World Snooker Tour for the first time from the start of the 2022/23 season after she finished in fourth position in the end of season World Women’s Snooker (WWS) Tour rankings.

Kenna’s quarter-final run at The Winchester Women’s Open ensured that she finished the season ranked behind only Reanne Evans, Ng On Yee and newly crowned world champion Nutcharut Wongharuthai, who have already qualified for the professional circuit next season.

Last month she claimed the English Women’s Championship title for the first time and in 2019 claimed a major international title at the Hong Kong Women’s Masters, which included victories against Wongharuthai, Wendy Jans and Bai Yulu.

Kenna now cannot wait to compete on the World Snooker Tour and hopes that she and other female players can continue to inspire more women to participate in snooker.

“This is a fantastic opportunity that I never thought I would have,” said Kenna. “Over the next two seasons I will play full-time and do everything I can to make the most of this chance.

“Since joining the WWS Tour I have been committed to helping to grow the women’s game at all levels and the decision to award main tour qualification status to the WWS Tour represents a huge step forward for female players everywhere.”