The recent matchroom.live British Open brought a significant moment for Lukas Kleckers and snooker in his homeland. 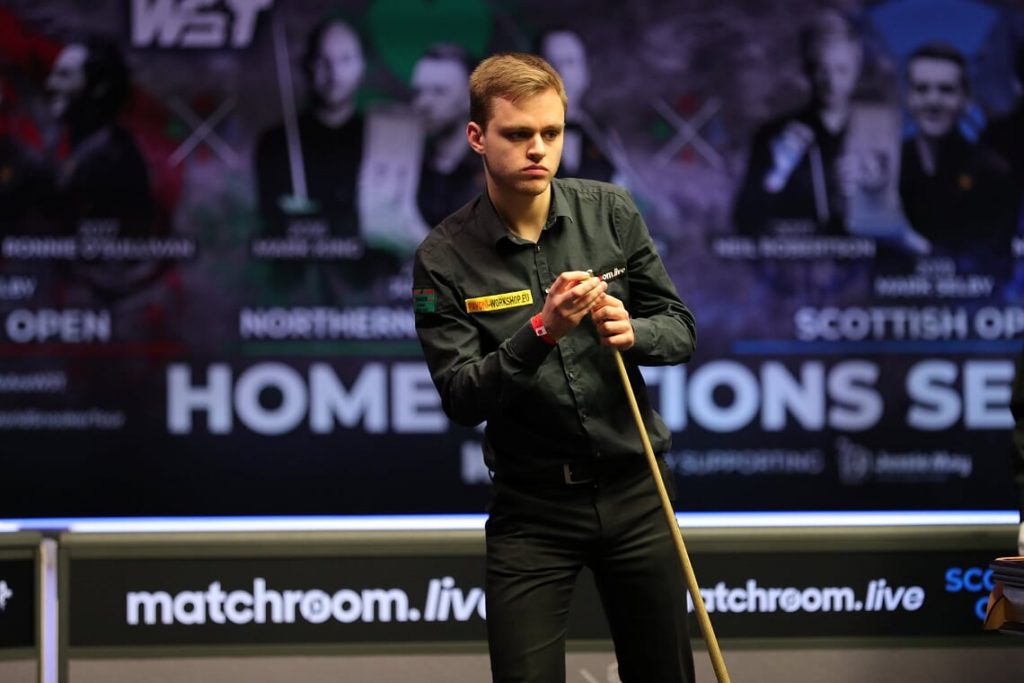 It was the first time that a player from Germany had reached the last 16 of a ranking event.

The 25-year-old from Essen knocked out and Yan Bingtao, Louis Heathcote and Lee Walker in Leicester before losing to Lu Ning. He had previously been to the last 32 of a ranking event six times, but this time went one step further, and that run boosted him to 76th in the world rankings, four places below fellow German Simon Lichtenberg.

“I am very proud to make that breakthrough,” said the player who finished second on the Challenge Tour rankings in 2020. “I have worked hard to get this far, and I hope there is more to come.”

Only the top 64 on the official rankings at the end of the season are sure to keep their tour card, so Kleckers must climb into that bracket or finish high enough on the one-year list to avoid relegation.

Last season he showed his potential when he beat Mark Selby 4-0 at the Northern Ireland Open, making four breaks over 50, and Kleckers hopes he can prove his ability more often on the big stage.

“Of course my main goal is to keep my place on the tour, but from week to week I try not to think about the rankings. I just have to focus on my game,” he said.

“I have improved so much since I first turned pro in 2017, but there is still a long way to go. I still need to focus and become more consistent. It’s great to have beaten players like Mark Selby and Yan Bingtao, but I need to find that level of performance more regularly.”