Kyren Wilson’s composure at the table proved vital as he recovered a 5-1 deficit to beat Gary Wilson 10-8 in the first round of the Betfred World Championship. 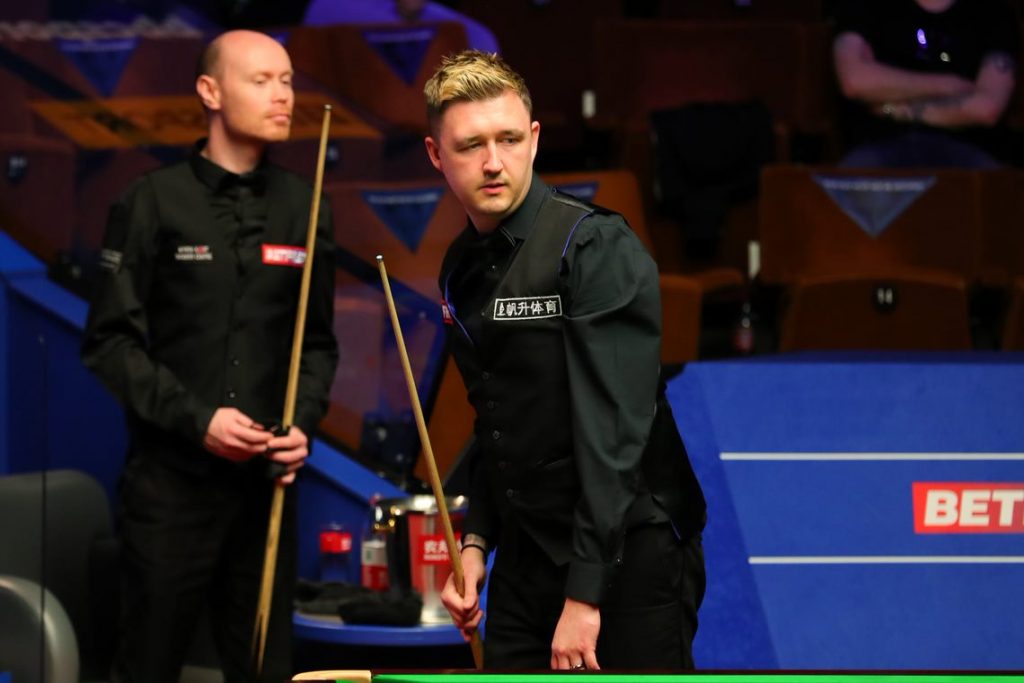 Last year’s Crucible runner-up Kyren looked in danger of a shock early exit when he trailed his namesake by four frames in the early stages. “At 5-1 it was looking grim,” he admitted. “My years of experience got me through. In the past I would have panicked. I know how important momentum can be, and once I had it I held on to it.”

The world number six from Kettering goes through to a last 16 clash with Barry Hawkins or Matthew Selt and will look to extend his impressive recent record at the Crucible, having won 14 matches at the Sheffield venue over the past five years.

Wilson has shown a high level of consistency this season, reaching at least the quarter-finals of eight rankings events, and winning the Championship League title twice. No player is more determined than the 29-year-old as he pursues his biggest ambition of lifting snooker’s most famous trophy.

Trailing 5-4 after the first session, Kyren won the first three frames tonight with top breaks of 61 and 60 to lead 7-5. Gary made 71 and 54 as he recovered to 7-7, only for Kyren to respond with 58 and 119 for 9-7. Gary pulled one back with a 56 but Kyren was unflustered and finished in style with a run of 73. Over the match he made three centuries and six more breaks over 50.

“In the early stages I felt a bit loose,” said four-time ranking event winner Wilson. “The tables are very fast so I had to get more compact with my action and control the cue ball better. I scored like a demon from 5-1 down. It was nice to have a crowd, especially when the partition went up. The fans add the feeling of butterflies in your stomach.

“I have adapted to the conditions now and I can look forward to round two. I learned a lot from my run to the final last year and how to look after my body to avoid burning out. The hotel I am staying in has prepared a meal plan for me to make sure I get enough protein. I am eating well and trying to make sure I practise at the right times.”