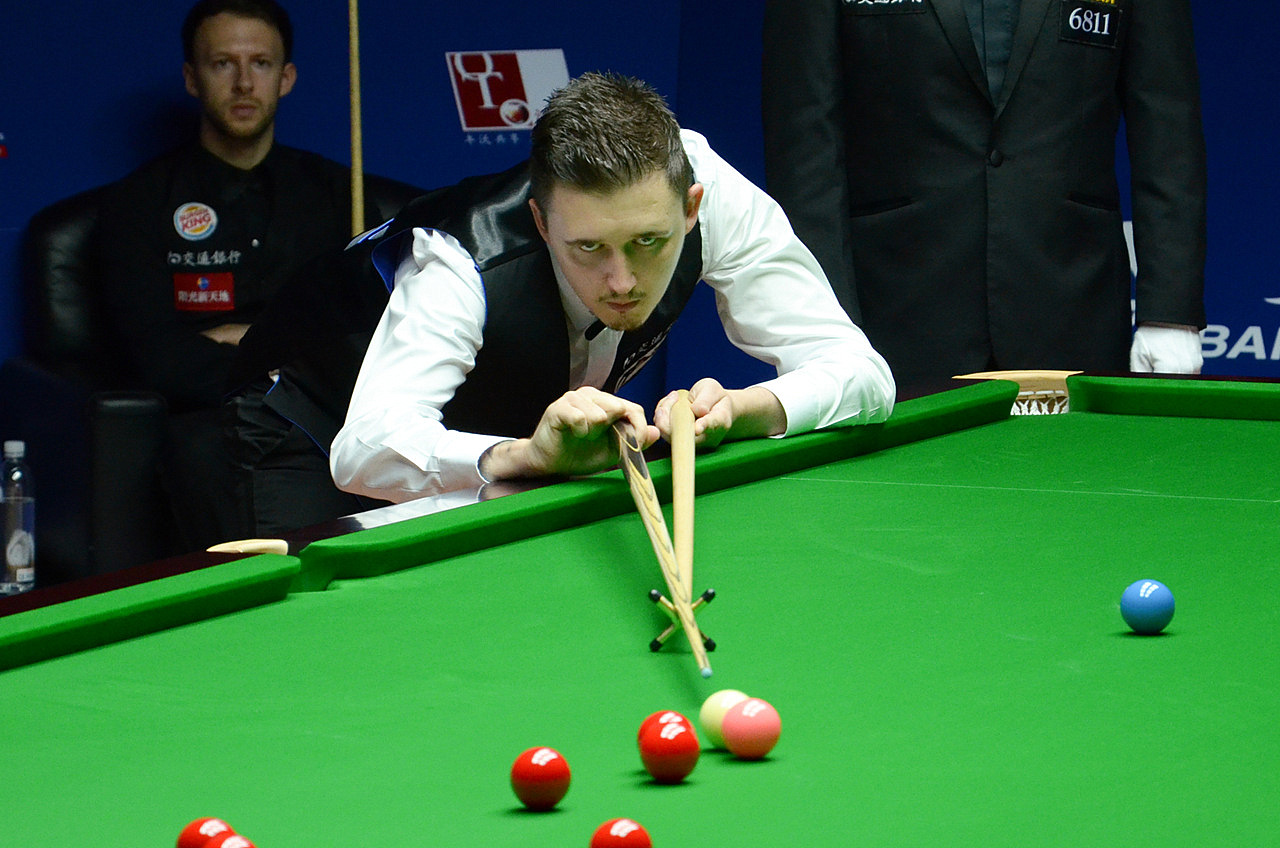 We are speaking to some of the top players on the World Snooker Tour, in a new series of exclusive features, to find out what they deem to be their greatest match on the circuit. Today it is the turn of four-time ranking event winner Kyren Wilson…

In 2015, Wilson was beginning an upward trajectory, having climbed back from the depths of tour relegation. A hugely significant performance at the Shanghai Masters sparked a surge up the world rankings

The Warrior, who initially turned professional in the 2010/11 campaign, earned his stripes by battling back from the disappointment of losing his tour card after just one season on snooker’s top table. He returned to the professional ranks in 2013 and has maintained that status since.

After his relegation, Wilson and his coach Barry Stark elected to go away and completely rebuild his technique so he could cope better with the pressure attached to competing at the elite level.

That hard work on the practice table came to fruition in the 2015 Shanghai Masters final, where he held his nerve to defeat Judd Trump 10-9 and claim his first ranking title. That is the match which former Crucible finalist Wilson has selected as his greatest.

Wilson had moved to the verge of a momentous maiden ranking crown when he led Trump 9-7. However, the Ace in the Pack cranked up the heat by firing back to level at 9-9. Wilson held his nerve by composing a break of 75 to get over the line. He admits that without the new cue action he and Stark had built, that match winning break wouldn’t have been possible.

“I’d have flopped under the pressure, 100%. My cue action was too long. It wouldn’t have worked under that sort of pressure. Rebuilding it was a tough thing to do at first, but it has done me good in the long run,” admitted the now 29-year-old Wilson.

“I completely rebuilt my cue action. As a junior I probably had the most flamboyant technique there was. It was long, fluid and very natural. I found that in the first year on tour the more experienced players ate me alive. I was capable of blowing players away, but to have a bit of longevity I looked at the guys like John Higgins and Mark Selby. They are where they are for a reason.

“I always believed I could win a title. More so when I fell off the tour. I knew I had to make changes and remodel my game to handle the pressure better. I went into the doldrums and worked really hard for the best part of two and a half years. I kicked on from there and if you look at the stats I’ve climbed the rankings for several years since that moment.”

Trump’s burst to come from behind and level at 9-9 would have caused many players to buckle under the weight of the occasion. However, for Wilson it was his game management and expectation that his opportunity would arise that managed to help him remain calm and clinch the tie in the decider.

Wilson said: “From 9-7 I was saying to myself that my chance was going to come and that I had to be ready to take it. I had three frames to get it done. I didn’t really have much of an opportunity in the two frames that followed. Judd took them out really well, you know what to expect against him. He will pot the balls that many will turn down and he will put you under pressure. He came roaring back to 9-9, but I still had the same mindset.

“That chance did come but it was an awkward red into the middle pocket, I was cueing over a cluster of reds. I was leaving the game on if I missed it. I just thought this was the chance that I’d convinced myself was going to come along. I felt I had to take it even though there was some risk involved. I potted that red and took out the break pretty well. I was nervous but I really backed myself to do it. I got myself calm and composed.” 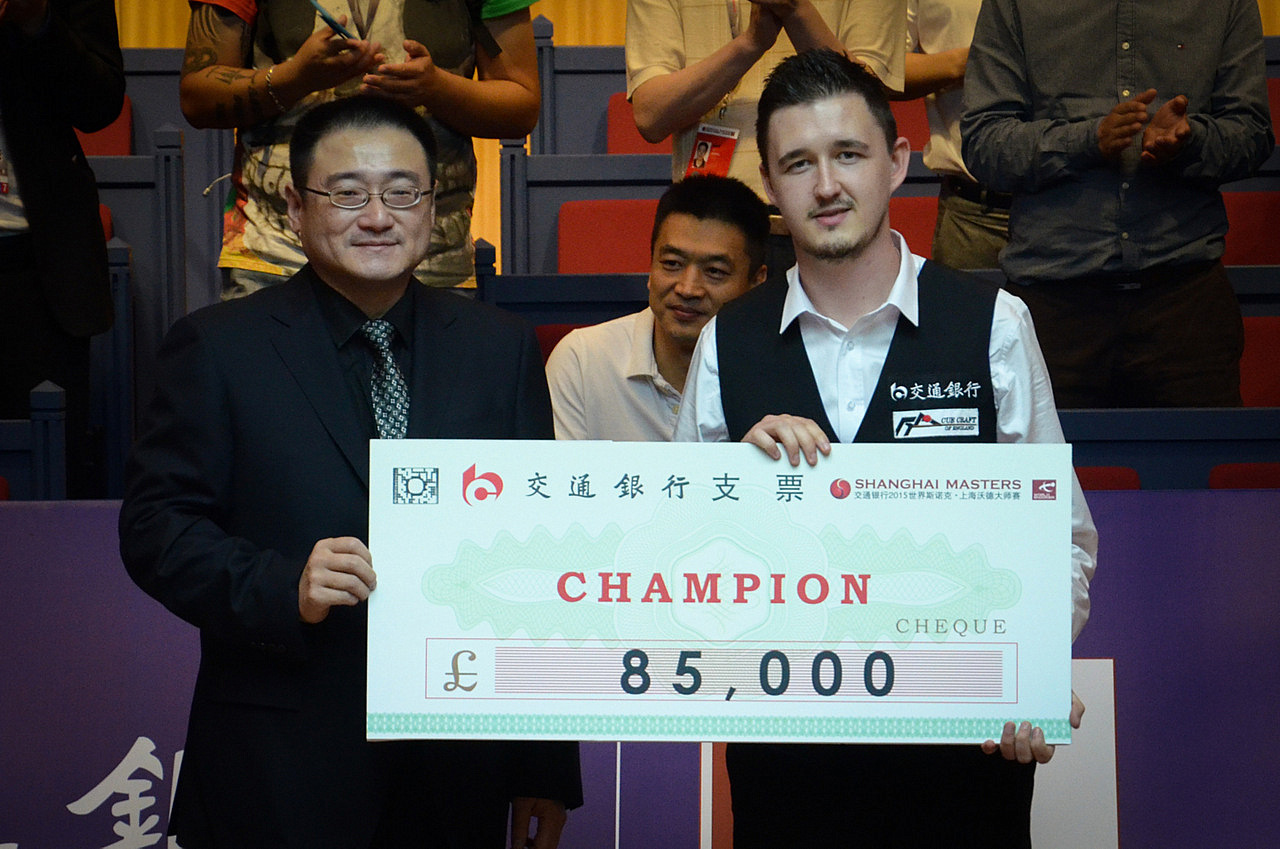 Despite Wilson’s high levels of self belief, he remains aware that clinching that first ranking title at the first time of asking has acted as an important catalyst for his career. Since then he has gone on to add a further three ranking crowns and appear in both a Masters and a World Championship final.

“That was my first ranking event final and to do it in such a big tournament overseas, against one of the game’s leading players, has put me in good stead for the rest of my career. You can definitely chase that first title if you haven’t landed it and you are beginning to see that with a few players now. I’m proud I managed to see it through at the first opportunity in a final.

“Another thing which made it special was that it was my dad’s 50th birthday. All of the family were in Tenerife. I actually saw a memory on social media the other day of all the family watching me play Ding in the quarter-finals from a bar in Tenerife. Seeing them all bouncing around after that was brilliant and shows how important the people around me are.

“I absolutely love it in Shanghai and to win my first one there was brilliant. You obviously go to the Bund and there are nice restaurants there. I’ve made a few really good friends out there and they take me out to all of the nice places and show me where to go. I remember the following year, when I went back as defending champion, I took my wife Sophie and my mum and dad out with me. I got out there and there were buildings with images of me beamed onto them, pictures all around the arena of me and if you looked even at the lampposts there were posters all over them. It was nice to have that defending champion experience with my family. I miss going to Shanghai, it is a special place and for me it was where my career properly started.”