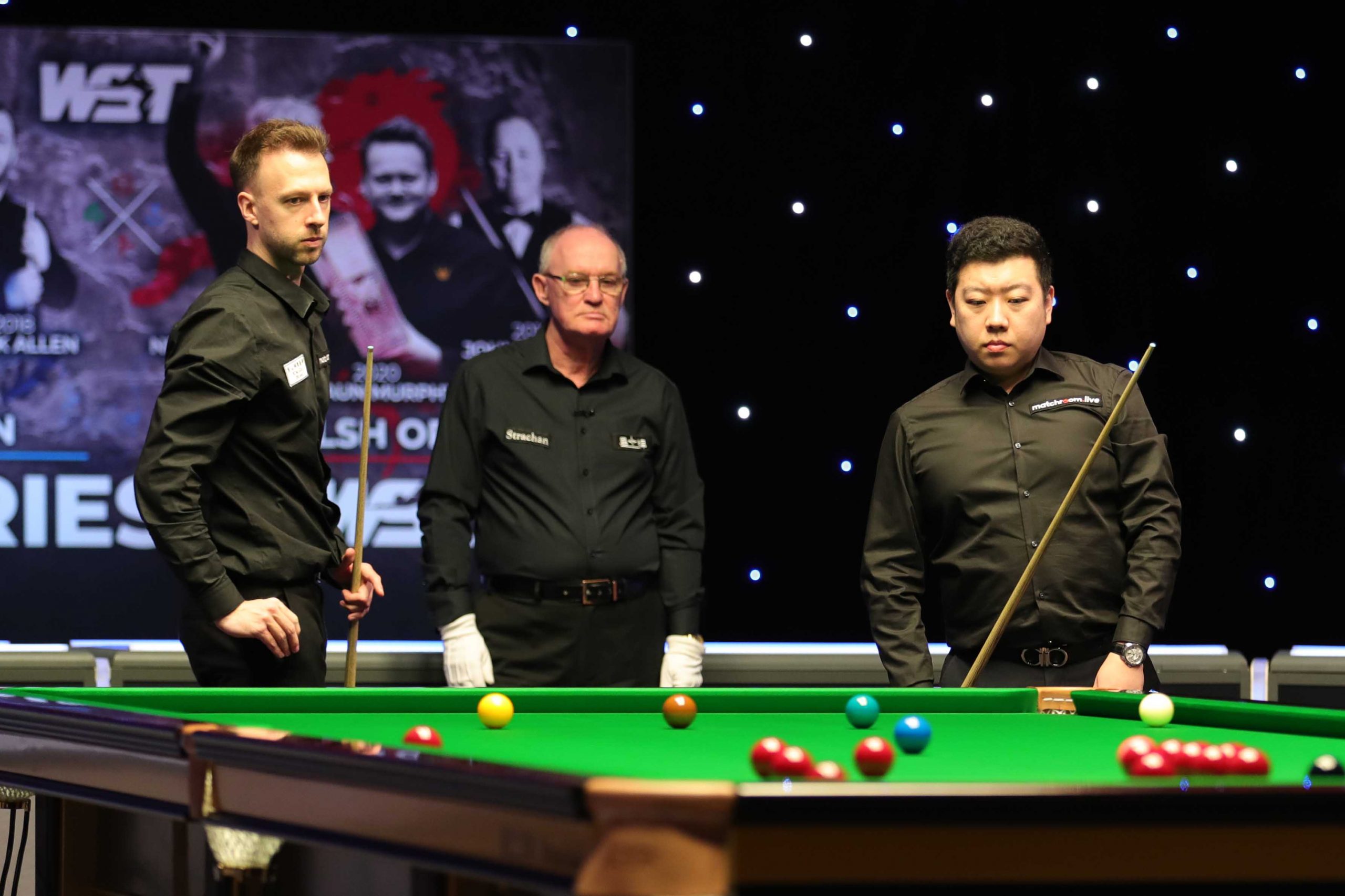 Li Hang defeated world number one Judd Trump 5-4 in a thrilling quarter-final to reach the last four of the Matchroom.Live Scottish Open.

Victory sees world number 37 Li reach the semi-finals of a ranking event for only the second time in his career. His other trip to the semis came at the 2017 China Championship.

Trump’s hopes of landing a unique Home Nations grand slam end after today’s nerve shredding loss. The Ace in the Pack won the first two events of this season’s series, by claiming the titles at the English Open and the Northern Ireland Open. Until today, he had won a remarkable 18 consecutive Home Nations matches.

The pair shared the opening frames this afternoon. Trump claimed the opener with a break of 67, before Li levelled up with a run of 81. Bristolian Trump then took the third frame, but they headed to the mid-session all square after Li fired in a century break of 100.

China’s Li had a clear game plan of keeping the match tight and played exemplary safety throughout. That was never more clear than in an intriguing 45-minute fifth frame, which he eventually won on the pink.

By contrast, Trump rapidly restored parity with a quickfire run of 104 to make it 3-3. A break of 67 took Li one from victory, but 2019 World Champion Trump refused to back down and took the game to a decider.

Having established a commanding lead in the frame, Li struggled to finish the tie off. Eventually got over the line when Trump went in off on a black to leave himself requiring snookers.

Li said: “I was quite nervous towards the end. My hand started shaking, but I have experienced some quite big tournaments in the past years and I tried to settle myself down to get over the line.

“I did a lot more safety today, because I know Judd is the kind of player that will finish the match in the blink of an eye if he gets the chance. I just focussed more on safety to play against him.

“I cannot quite believe that I have got a win over Judd. He is in his peak and he keeps winning. I knew I was the underdog, but I feel really relieved and I cannot believe I have beaten him.”

Li will face World Champion Ronnie O’Sullivan in the semis. The Rocket came through 5-4 against Asian number one Ding Junhui to seal his progression.

O’Sullivan will require a fourth tip of the tournament in tomorrow’s match. He has now removed his tip at the end of his last three matches.

Despite his ongoing tip struggles, it had looked as if O’Sullivan was set for a more comfortable win this evening. He led 4-2, before Ding surged back into contention by winning two on the bounce, including a fine break of 114, to restore parity.

O’Sullivan got the job done in the decider, making a break of 50 on his way to securing victory.

Jamie Jones is through to his first semi-final since returning to the circuit this season, after securing an emphatic 5-1 defeat of Kyren Wilson.

Jones regained his professional status at Q School earlier this year, having fallen off the tour following a suspension in 2018.

The Welshman composed breaks of 59, 64 and 63 on his way to victory and will face defending champion Mark Selby in the last four.

“I am very happy with the way I finished the match off. Someone like Kyren can always come back at you,” said former World Championship quarter-finalist Jones. “It was a very big game for me. I am used to playing out the back, and being on the TV table was a bit strange. I thought I handled it all very well.

“My attitude these days, is that I come to the tournament and try my best. If it isn’t good enough I go home and re-gather. In years gone by I was quite hard on myself and if I had a couple of bad results it would affect me for the next tournament. I just try my best, I give 110% every round and I feel my attitude is great now.”

Selby came through an enthralling encounter with Ricky Walden 5-4. Selby has never lost a match in the Scottish Open, having won it on his first appearance in the event last year.

The three-time World Champion fired in a breaks of 58 and 29 to take today’s decider, after Walden had battled back from 4-2 down.