Oliver Lines scored a narrow victory over Stan Moody to deny the young sensation a place in the third round of the BetVictor Shoot Out .

Moody, age 15, became one of the youngest players to win a match in a ranking event when he beat Lu Ning in the first round in Leicester on Thursday. But the Halifax teenager couldn’t progress further as he was second best in a tactical battle with Lines. 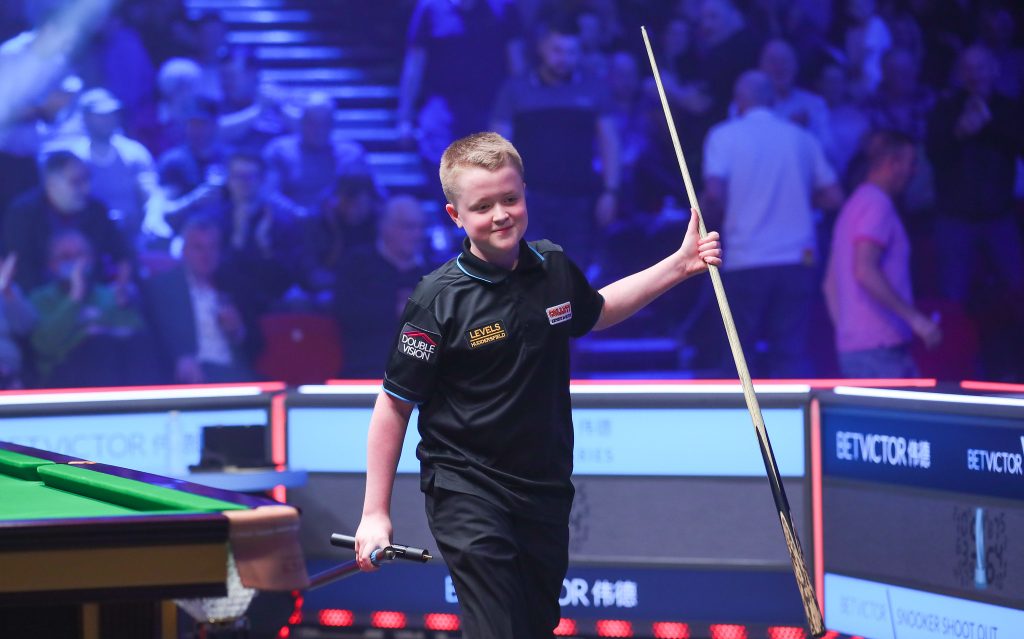 Moody has won plenty of fans this week

Leeds cueman Lines made breaks of 3 and 8 early in the frame and that proved decisive as he eventually won 11-2. It was the lowest aggregate points score in Shoot Out history, beating the previous record of 16 points set last year when Hammim Hussain scored a 9-7 win over (Oliver’s father) Peter Lines.

After today’s match Lines said: “It wasn’t nice for me. I know Stan really well because we play at the same club. He’s such a good kid. It was a nightmare draw – apart from my dad he’s the one I didn’t want to play. It’s not enjoyable for either of us because we are friends so I didn’t want to be the one to put him out of the tournament. I played a decent frame – even though I only scored 11 points, I didn’t give him a good chance.”

Another promising English junior was also knocked out as Paul Deaville lost to Jak Jones. But there were wins for amateurs Kuldesh Johal, beating Gary Wilson, and Simon Blackwell who saw off BetVictor Scottish Open champion Luca Brecel with a break of 41.

Lancashire’s 29-year-old Blackwell said: “It’s my best moment so far as a snooker player. I felt fine – last year I was really nervous with no crowd, but this year I just decided to go for my shots. My goal in snooker is to get on to the pro tour and these kind of experiences will get me ready for it.” 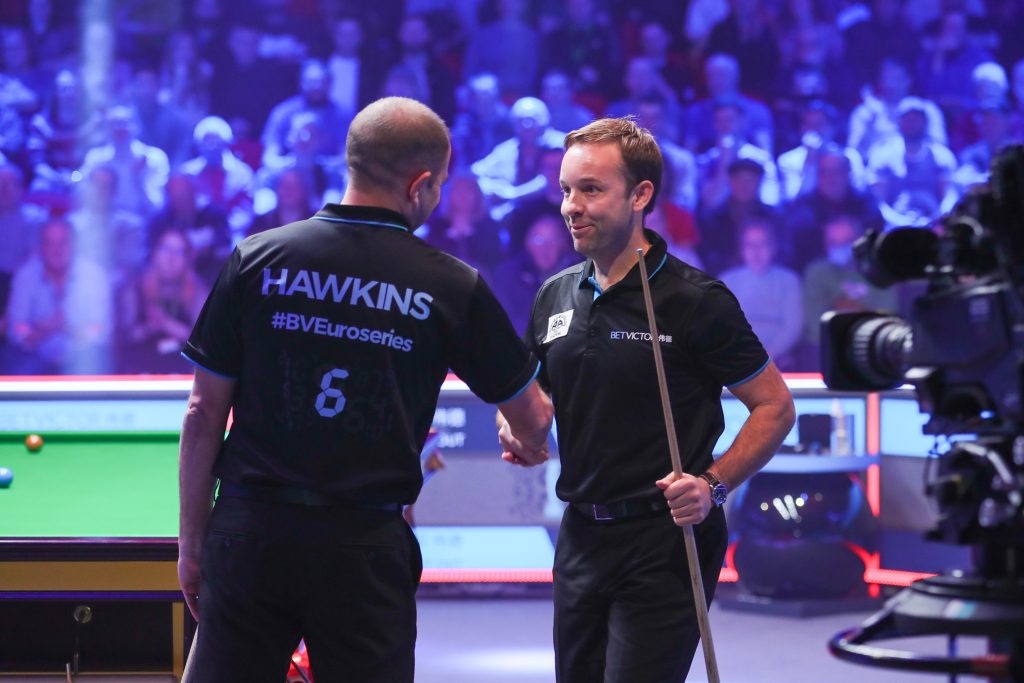 Three-time World Champion Mark Williams trailed 26-14 in the closing stages of his match with Mark King, but then made a vital break of 35 to book his last 32 spot. Ali Carter got the better of Barry Hawkins thanks to a late break of 22.

Mark Allen knocked out Mark Lloyd with a top run of 36, while Ian Burns came from 31-0 down to beat Shaun Murphy with four scoring visits.

Aaron Hill scored a slender 27-26 win over Jackson Page, running down the clock to deny his opponent a chance to pot a red which would have forced a blue ball shoot out. Hossein Vafaei, who made a tournament-high 123 in the first round, impressed again as he came from 36-7 down to beat Barry Pinches with a run of 83.

The random draw for the last 32 will be made on Saturday evening and announced around 10pm.