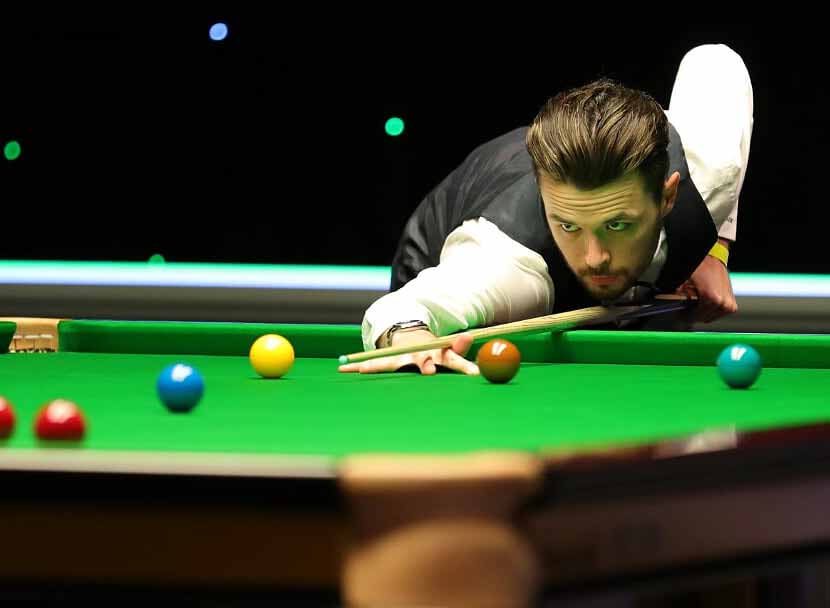 After an impressive opening to the season, Yorkshire cueman Oliver Lines believes he is ready to take his game to the next level, targeting a rankings surge and trips to the latter stages of tournaments.

World number 69 Lines knows he needs to perform well this season to avoid being dragged into a tour survival battle. However, he has elected to set his sights far beyond that.

Lines has enjoyed a strong start to the campaign. He made it through his first group at the Championship League, went on a run to the last 32 of the British Open and has qualified for the Northern Ireland and English Opens. He will be in qualifying action again tomorrow as he bids to reach the final stages of the Scottish Open in a tie against Gerard Greene.

Lines fell off the tour at the end of the 2019/20 season, but managed to immediately return to the circuit at Q School. At the time he was going through a difficult period, following the death of his Nan, who sadly passed away in February 2020. He admits that impacted his form on the table, but says he is now aiming to do his family proud.

Oliver, well done on a strong start to the season. Have you adopted a different outlook for this campaign?

“In my first few seasons, when I was in the top 64, I was always looking behind me and thinking about the position I was in. I should have been looking forward and trying to climb the rankings, but instead I was trying to stay on the tour. I think that has taught me a few lessons for this season, to not look at where I am ranked and try to perform my best. I got used to just playing one really good match and following it with a very poor one. The standard is so good these days that you can’t afford to do that. I need to find the consistency in order to progress through tournaments a bit more and that is what I am trying to do.”

You’ve recently started working with Steve Feeney as your coach. How much has he helped you with your game?

“It think it has helped me by unbelievable amounts with my own confidence. Snooker is a confidence game. If you are confident, then you will normally play well as you won’t be scared to go for the wrong shot. You will know the shot to play and go for it. Working with Steve has benefitted me in that regard. I think that is showing through in some of my performances.

“It’s good because he knows exactly what I’ve been working on all of the time and if he spots anything it can only benefit me. I recently played Zhang Anda in English Open qualifying and I didn’t feel good with my game the night before. I felt like I was really struggling, rang him up and he drove up to have a power hour practising at around half eight that evening. I went in the next day and won 4-0. He has been there for me so far and I’m really happy with it.”

You are one of the featured players in our new fly on the wall documentary, Make or Break. How much have you enjoyed seeing yourself in that?

“It is obviously nice when you are winning. You don’t mind watching videos and content highlighting how well you have done. The whole production itself is really good and I think it is cool to follow a couple of younger players around and see what goes on. To have Alan McManus narrating it is a great decision. He speaks a lot of sense and I enjoy hearing him. It is easy to look back on when you win, I can imagine if you are losing it isn’t so nice though. I went to the toilet the other day at 2-0 up and I could see Sam from WST filming me leave the arena. At that moment I realised I had to win for episode three!”

You had a difficult time falling off the tour a couple of seasons ago, how have you managed to turn your mentality around?

“For the last few seasons I’ve been really struggling. Not just with snooker, both on and off table. It has had a massive impact on my game. I don’t deal with problems very well. I’m feeling a lot better now which is good. My Nan was obviously really ill and that was the start of me feeling awful. She was diagnosed with terminal cancer, passed away and I couldn’t deal with it. It became an effort getting out of bed in the morning. I remember just saying to myself one day that I could either let it break me or motivate me. I chose the latter. There was no reason to carry on letting it break me and I now go out there to make my family proud. I’ve turned things around and now I enjoy getting up and going about my day, I enjoy preparing for tournaments and I enjoy competing in them. That enjoyment is the key to being successful.”

What are the goals and ambitions for you going forward?

“I’ve never been to a one table situation and that is the aim. I sometimes daydream and think about what it would be like to play on that stage with all of my family and friends there. It would be nice to do that this season. I think if I just keep doing what I am doing, working hard on my game. If you can get to that semi-final stage I believe I’d be ready just with the confidence that getting there in the first place would bring.”