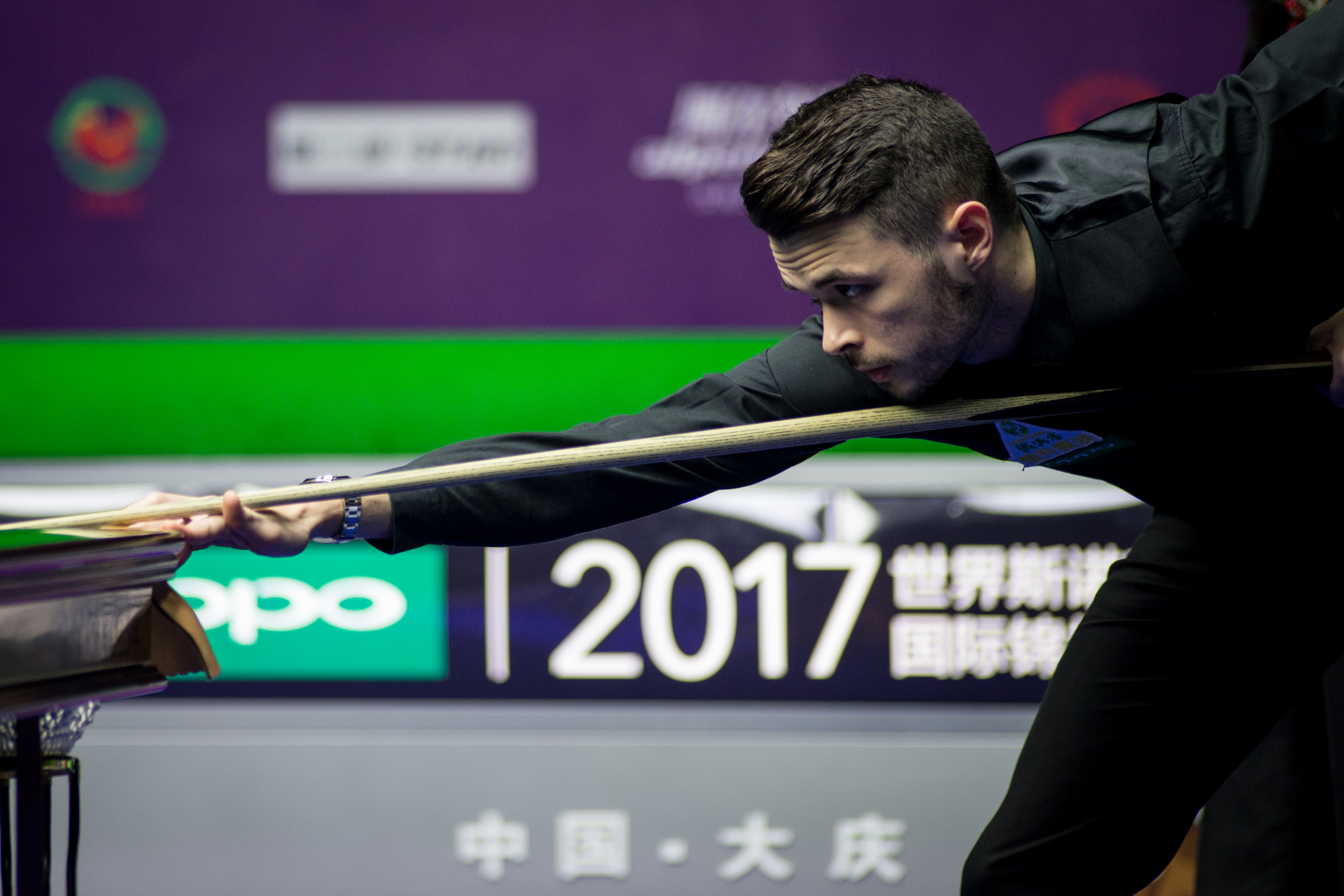 Oliver Lines admits that securing his place on tour at the Q School was an emotional achievement.

Yorkshire cueman Lines dropped off the professional circuit at the end of last season, after failing to qualify for the Betfred World Championship.

However, he ensured his immediate return by beating the likes of Michael White and Paul Davison on his way to successfully navigating Q School event two.

Oliver, having not been to Q School since 2013, how did you find the experience this year?

“I found it very strange to be honest. I went in not knowing what to expect. A few of my mates from Leeds that have played in it before told me how pressurised it is. I played Craig Steadman in my first match and he beat me 3-2. I came home and I was gutted to be honest. I realised I had two more events and I knew that I would have a decent run. I had every confidence in myself that I would go far in at least one event.

“I don’t want to be going to Q School again. I’ve got a lot of motivation back now. I feel like I am in a better place mentally. I know I can be dangerous on my day. I just have to try and be consistent and make sure that I have my day more often. I want to start enjoying myself again because I know once I start enjoying it, the results will come.”

How much did it mean to you to come through and maintain your status as a professional?

“It was a massive relief and to be honest it was quite emotional. It has been a tough year for my family. My nan, who was one of the closest people in my life, got diagnosed with terminal cancer and died not long after that. It was tough to take, I could have dealt with it better. However, nobody can teach you how to deal with these things.

“After I got through in the final round, it was about 2:30am and I Facetimed my dad. He had stayed up to find out the result. He was just sat in the dark, on the sofa, waiting for me to ring as there were no live scores. We spoke for ten minutes and both got quite emotional. I can just start again now. I was in the top 64 for quite a few years. You are only guaranteed to be on tour for a year then and people are always trying to chase you down. Hopefully I can start afresh and be that little bit more relaxed to start playing my game like I know I can.”

You are in discussions with Ken Doherty about potentially working with him next season. How did that come about?

“I’ve been speaking to Ken quite a bit about mentoring me this season. That is something that could be a possibility. We’ve had a couple of phone calls and it has always been pretty positive. Ken is a legend of the sport. He has a lot of knowledge. If he can pass me even just one or two things, that can benefit my game massively. I’ve always got on with Ken and I know him well. At the Championship League earlier this year, he was helping me ahead my last game with Robbie Williams and I won 3-0.  Since that game I thought maybe if I asked, he would help. I asked and we both seem pretty keen.”

It gets talked about a lot, but what do you think it would feel like if you finally play your first professional match against  your dad Peter over the next two seasons?

“I definitely want to draw him now. It just stops this question. Everyone you ever meet in the club or wherever is always asking if I’d played him yet or when it is going to happen. To be honest I’d just like to get it out of the way.

“My dad has always and will always be in my corner. The knowledge he has is frightening. He can help to make me believe in myself. He knows I have the game. He was keen to make sure I believed in myself ahead of Q School.”