Lisowski: I Played With Fear 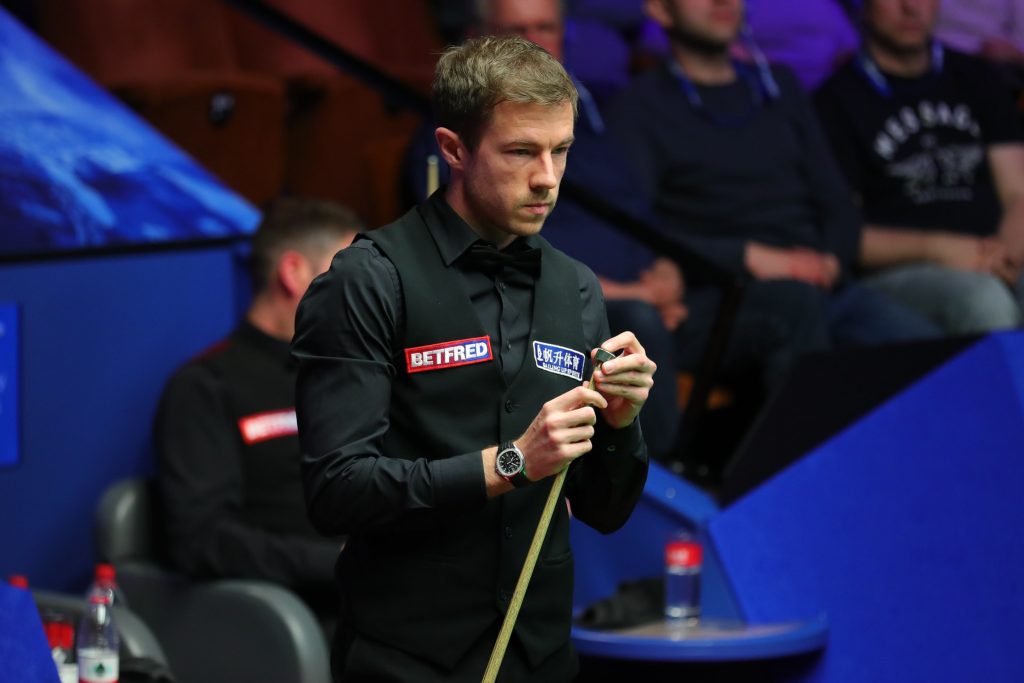 Jack Lisowski admits he tightened up and stopped playing with freedom at the business end of his match with Matthew Stevens in the first round of the Betfred World Championship, but he did enough to score a 10-8 success.

From 9-6 ahead, Lisowski needed several chances to cross the winning line, but eventually made it through to the second round at the Crucible for the third time in his career. The 30-year-old has never been to the quarter-finals, and will have to beat tournament favourite Neil Robertson to make that breakthrough.

There is no doubting Lisowski’s natural talent and break-building skills, but he acknowledges that he lacks a trait of the elite players: the killer instinct to consistently close out matches. He is working with 2002 World Champion Peter Ebdon with a view to sharpening that part of his game. A best-of-25 match against Robertson, the player of the season so far, will be a fascinating test for Lisowski.

“I am drained,” said the world number 14 after today’s contest. “I was gone at the end. I couldn’t see shots and couldn’t make my mind up. I had done some good things earlier in the game to get a lead, and I was able to hang on and fall over the line. I was playing with fear and expecting Matthew to come back, I was guarding the lead which is the worst thing you can do. I need to play freely, when I tighten up it just doesn’t suit me. Hopefully I can look back and learn from this game. If I had lost it would have been a dark one.”

Stevens trailed 6-3 overnight but dominated the early exchange today, making breaks of 54, 99 and 69 as he fought back to 6-6. Lisowski regained the lead with a run of 78 to make it 7-6 at the interval.

The vital 14th frame came down to the colours and Welshman Stevens, leading 55-52, missed an awkward mid-range pink to a top corner. Lisowski slotted in pink and black to double his lead. An early chance for Stevens early in frame 15 yielded just 4 points before he failed to convert a red to centre and, after a rerack, Lisowski punished him with a break of 83 for 9-6.

Gloucestershire’s Lisowski had a match-winning opportunities in the next two frames, but missed a red to corner and pink to centre, and Stevens took advantage with 71 and 65 to close to 9-8.

Both players passed up chances in the 18th, Stevens notably missing the penultimate red to a top corner when he trailed 59-33. A relieved Lisowski potted red, blue, red and black for victory. 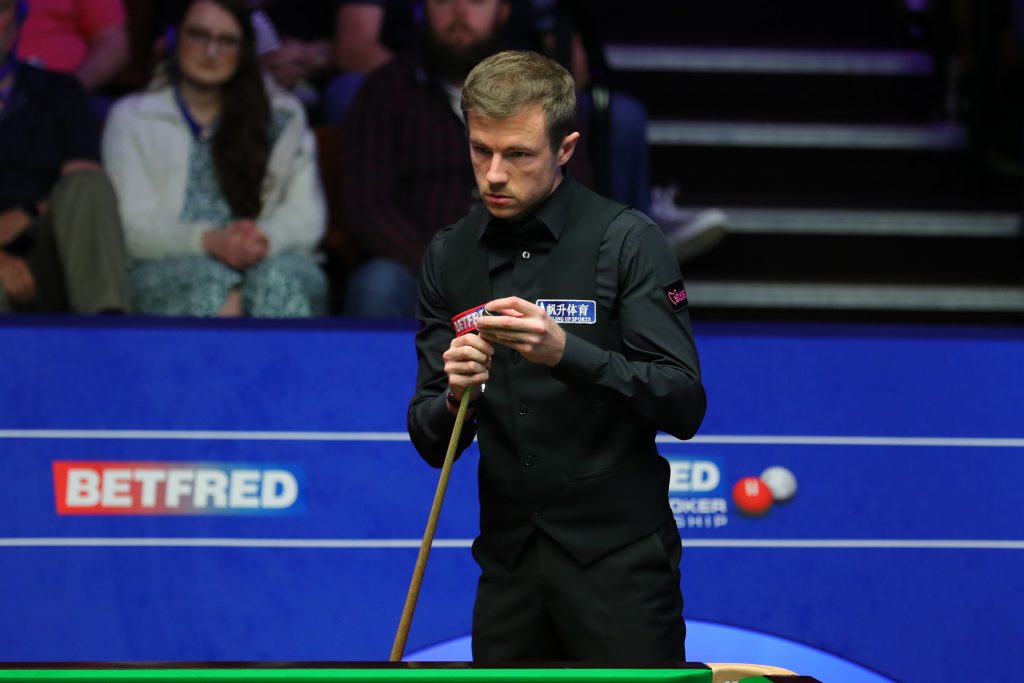 “I was disappointed with the way I started today, but at the end I showed a bit of character to take a lead,” said Lisowski. “Peter Ebdon is making a big difference to my game – especially the mental side. He helped me last night at the mid-session interval when it was 2-2. I spoke to him and something clicked. I played three good frames and I owe that to him. I don’t know if I’d have done that without him.”

“I’ve got to play very well to beat Neil. He’s going to make it difficult for me. His record is not the best here – this is his worst venue. If there’s anywhere I’d want to play him then it’s here. I’ve got to step up my game, got to play very good snooker to beat him. But I think I have it in me.

“I pushed him to 13-9 last year, I think I’ve got what it takes to beat him now – my all-round game is better now compared to then. I’m still trying to win my first title, if it was to be at the World Championship then it would be fantastic – that’s what I’m gunning for.”

Stevens, Crucible runner-up in 2000 and 2005, said: “I didn’t feel under any pressure. I could see he was feeling a bit because I started to come back at him. I know the feeling – it’s the worst in the world. I’m disappointed but I put up a good fight from 6-2 down.

“Jack makes it look ridiculously easy, he pots them off the lampshades – and at a quick speed as well. I enjoyed the pace of the game, I enjoyed watching him, he is a tremendous player.” 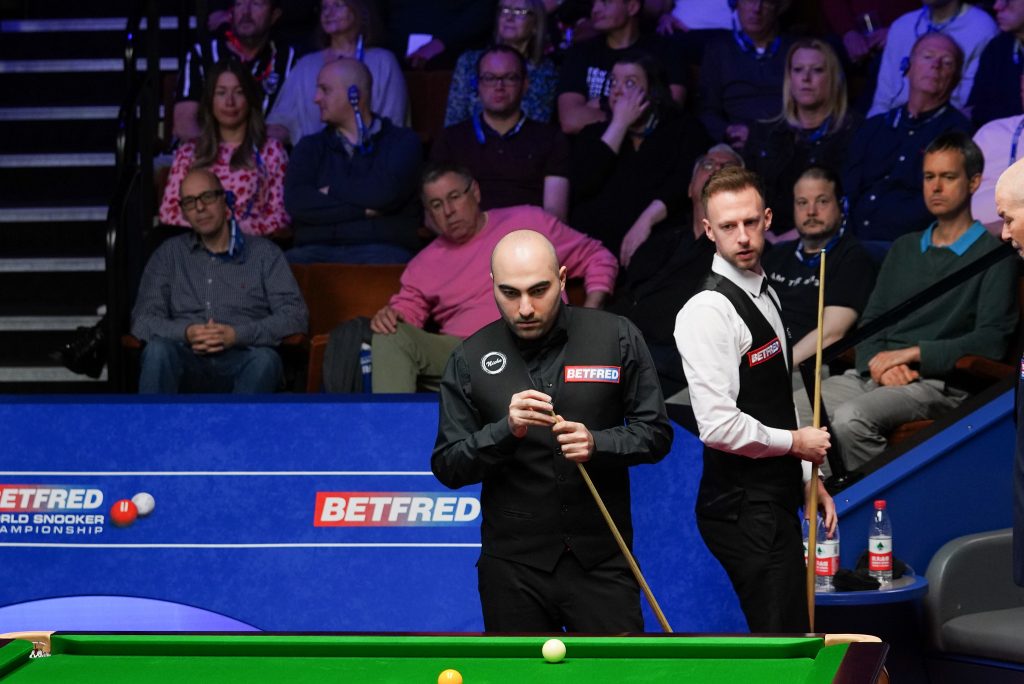 On the other table, 2019 World Champion Judd Trump established a 6-3 advantage over Crucible debutant Hossein Vafaei.

Iranian Vafaei is the first player from his country to compete at the Crucible, making Iran the 20th nation to be represented at the Theatre of Dreams. The world number 18 proclaimed during qualifying that he was “born to make history” and that he would give his last blood in a bid to earn a Crucible spot. He defeated Lei Peifan 10-9 in the final round.

Trump took an early 3-0 lead with a top break of 110, before Vafaei won frame four by clearing from green to pink. After the interval, the Prince of Persia added the fifth frame then made a 99 in the sixth to restore parity at 3-3.

However, Trump regained control and breaks of 56 and 73 helped him to take the following three frames and end with a 6-3 lead. They return for the concluding session on Thursday at 7pm.