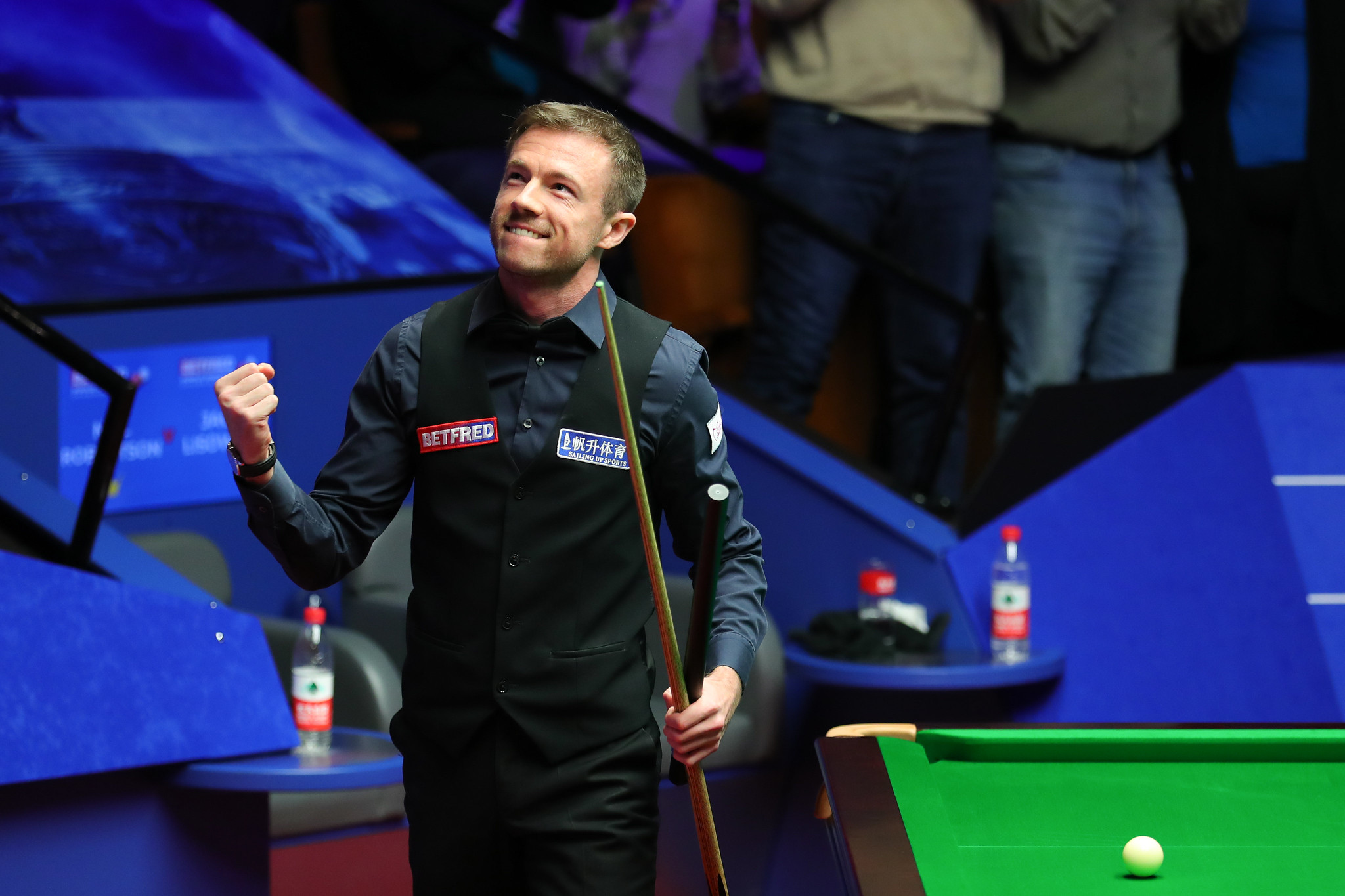 Jack Lisowski came within touching distance of the hallowed single-table setup at the Crucible earlier this year, now he is hungry for further success on the sport’s biggest stages.

Lisowski went on a sparkling run to the quarter-finals at last season’s World Championship. The Gloucestershire cueman defeated Matthew Stevens 10-8, before dispatching pre-tournament favourite Neil Robertson 13-12 in a classic contest.

He faced stern opposition in the last eight against four-time Crucible king John Higgins. It was a daunting task for Lisowski, who had succumbed to a 13-1 demolition at the hands of Higgins in their only previous meeting in Sheffield. On this occasion the 31-year-old put up a far stronger fight. He had led 12-11, before Higgins made breaks of 105 and 72 to take the last two frames and emerge a 13-12 victor.

Looking back on that fortnight, Lisowski believes he is getting better at dealing with the big occasions and says he can’t wait to get back to the Theatre of Dreams next year.

Lisowski said: “It was so close. There were all these greats around me, I could have played Ronnie O’Sullivan with Judd Trump and Mark Williams in the other semi-final. I had a chance in the last frame, but I just lost my concentration. You can see how good these guys are when they are in that position. John pulled off two great clearances to win, just when he must have been feeling tired after a difficult two days. The game with Neil was fantastic as well. They were amazing matches to be a part of and I surprised myself. I am 31 now and I am just starting to get somewhere. It is small steps, but as long as you keep improving. It is a tough game, you do all these interviews and everyone sounds so positive. I’m not going to do that. I am going to keep grafting.”

The world number 10 solidified his place in the top 16 of with the £50,000 earned in Sheffield, alongside the £24,500 he picked up for reaching the quarters at the UK Championship and £20,000 for appearing in the Welsh Open semi-finals. However, outside of those three events Lisowski failed to go beyond the last 16. Despite the heartbreak of his defeat to Higgins, he is keen to take the positives from salvaging his campaign in the final event.

“I’ve never really finished the season strongly at the World Championship and I did this time. Even though I lost to Higgins, I got 12 frames as opposed to just the one when he beat me 13-1. I proved a lot of stuff to myself more than anything. I know I can do it and mix it on that stage. It was disappointing to fall short, but there was a lot of positives to take. I am looking forward to getting back there this season. The Crucible was definitely the best experience of my career so far, nothing comes close to that. I’ve watched it all of my life and I enjoyed being involved.

“Last season wasn’t very good at all. I felt like it was going as badly as it could, but I had a good UK Championship and a good World Championship. It turned into a season which wasn’t a disaster. I got out of trouble with those two tournaments and hopefully I can push on this season”

Lisowski admits the end of season break may have come at a inopportune moment, given how he played at the World Championship. However, he is off to a good start having beaten Zhang Jiankang 5-1 to qualify for the final stages of the BetVictor European Masters in Furth. Having suffered from a slow start this time last year, he is aiming to hit the ground running this time around.

“I played in the Championship League and didn’t qualify from a difficult group. That was about getting back into things. I learned my lesson last summer when I had three months off. That is too long for me. It is nice to be back and I feel fresh. I felt like I was sharper in my qualifying match. It is nice to be going to Germany. It has been so long since we are going away, it is strange to be back on planes and going to tournaments. I’m glad to be in the European Masters. I first played in Furth back when I was really young at the Paul Hunter Classic. They are really enthusiastic and nice people and I have some friends out there so I am looking forward to it.

“The break probably did come at the worst time for me. I’m a momentum player. I went on a run of getting to finals a couple of seasons ago. Having said that, even though I’ve had a break I still feel like I’ve got a bit. You can lose your confidence very quickly. I know what it is like to have zero confidence, but when you get on a streak things can start going your way. It is just about being disciplined and that good run of form will come. I don’t know what will happen this season but I feel good.”