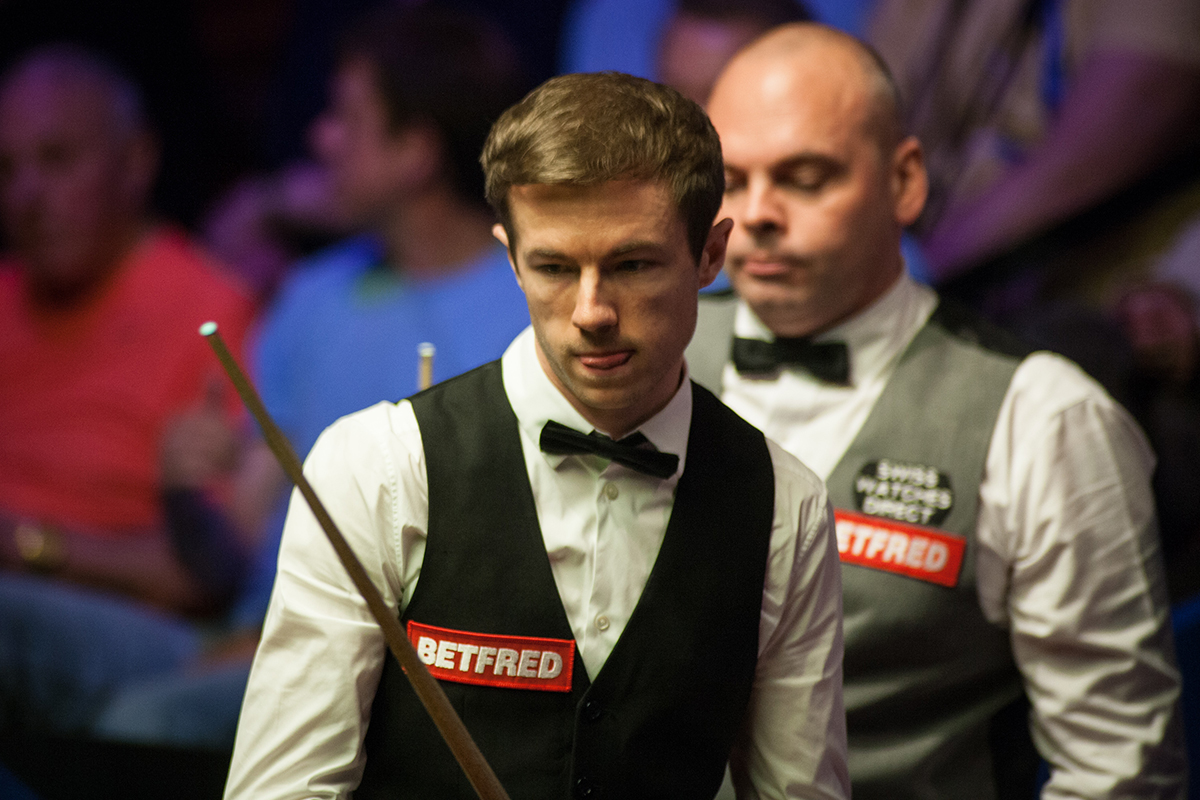 World number 12 Jack Lisowski hopes that an enforced break can allow him to return to his best form if the Betfred World Championship goes ahead as planned on 31st July.

The world’s finest players would have been competing at the Crucible this week for snooker’s biggest prize, but the event was postponed due to the ongoing Coronavirus crisis. However, after a recent announcement, new dates have been set from 31st July to 16th August pending government advice.

Lisowski produced a sparkling week of snooker to reach the Scottish Open final in December, where he was beaten in a hard fought encounter by Mark Selby 9-6. Since then the Gloucester cueman hasn’t continued to perform at his usual high standards, failing to progress beyond the last 32 in any of the following ranking events.

Despite being unable to practise currently, the three-time ranking event finalist hopes that when snooker returns his game will be in a stronger position.

Lisowski said:  “The way my season was going it might be a good thing for me. The tournaments were rolling up one after the other and I wasn’t doing so well. Now I can regroup and the World Championship will almost be like a part of next season. It would be great to be at the Crucible now and it will be different for everyone, but maybe the break will help me.

“Normally I’m one of the players who needs to practise quite a lot. With my table being round at my mum and dad’s house I haven’t actually played. Hopefully we can get out sooner rather than later so I can put some hours in before the World Championship. I know that I need it.

“I think it will definitely suit some and harm others. I think players like Thepchaiya Un-Nooh and Judd Trump, will do the best. The more technical, methodical and slower players will struggle a bit more. Then again, if players have tables in their houses they will have a big advantage.”

The ongoing crisis has brought worldwide sport to a shuddering halt, along with many other areas of the global economy. However, 28-year-old Lisowski hopes that if the World Championship can go ahead as scheduled, it will provide a welcome end to the sporting void for viewers around the world.

“It could replace the Olympics in the BBC schedule. There’s been a lot of snooker on TV lately and I think everyone is bored of Netflix and can’t wait to see some live events. It could be a really good thing for snooker. I heard the viewing figures for the Gibraltar Open were amazing and if it is one of the first sports to start up, hopefully that can give the event a springboard and it can be a really popular World Championship.”

In the meantime Britain and much of the world remains in lockdown. With many snooker players left without a table, they have had to turn to other things to pass the time. Lisowski has opted to begin learning new languages.

“I thought the first few weeks were really tough. I think I’ve got my rhythm now and I know what I am doing. It is about finding things to keep your mind occupied. I’ve been learning some languages, including Chinese, Spanish and French, although I’m not very good at them. I was just spending all day on Instagram at the beginning, you can only do that for so long. I’ve been using my one run a day. It is good news with the Crucible being announced for the end of July. That is a bit of light at the end of the tunnel.”