Lisowski To Face Selby In Last 16

Jack Lisowski revealed that he is the “happiest he has ever been as a snooker player” after beating Lu Ning 4-1 to set up a fourth round clash with Mark Selby at the Cazoo British Open.

Lisowski continues to work with Peter Ebdon on improving the weaker areas of his game and is confident that he can make a breakthrough this season and win his first ranking title. If he beats Selby on Thursday evening he will be just three matches away from that goal. 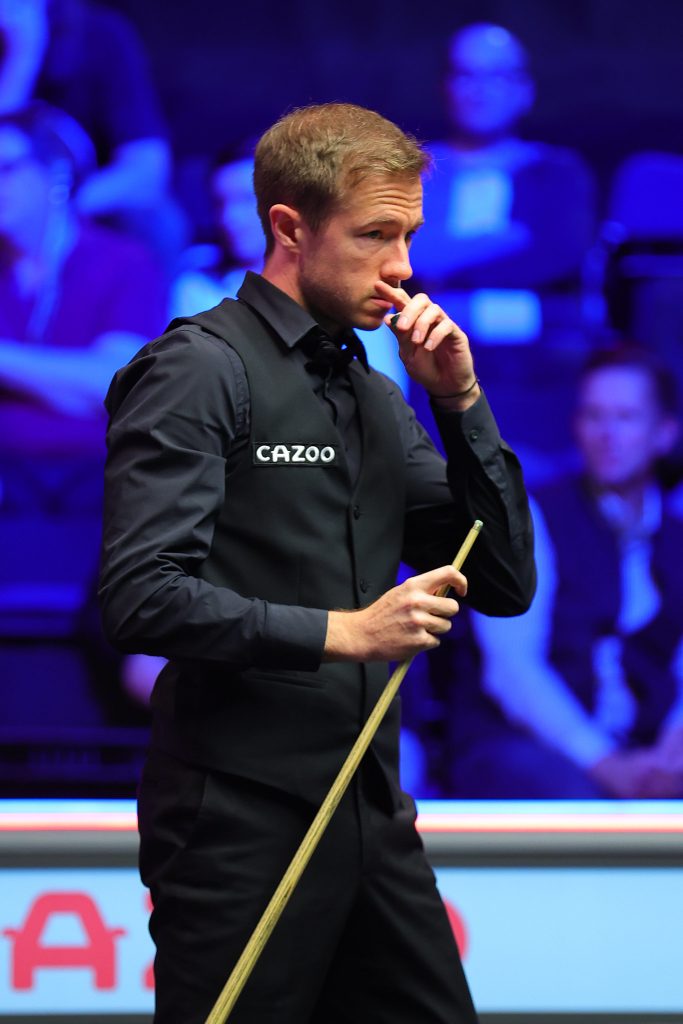 The world number 12 made an excellent 64 clearance to take the opening frame tonight from 57-8 behind, then recovered a 37-1 deficit to win the second, before a run of 83 put him 3-0 ahead. Lu got the better of a scrappy fourth frame but Lisowski signed off with a typically fluent break of 111.

“I am finishing matches well and holding myself together,” he said. “When I miss balls, people think I am not trying and I get a bit of stick. But I’m really grafting away. I am enjoying working with Peter, it’s so much fun and this is the happiest I have been as a player.

“I listen to everything he says because mentally he is the best ever. When he is there watching me, I feel as if I need to behave and do as I’m told, and not be the naughty kid! If my mind wanders during a match then I can lose everything, so his help gives me more composure.

“I’m 31 and I need to start winning titles. It feels like it is coming, I feel more comfortable out there and I can see where I have to improve. Against Mark tomorrow I can live with him on the safety side, but I’ll need to take my chances.”

Four-time World Champion Selby beat Cao Yupeng 4-2 and, like Lisowski, has lost just four frames in his three matches so far. Breaks of 55, 90 and 109 helped the Leicester cueman into the fourth round. 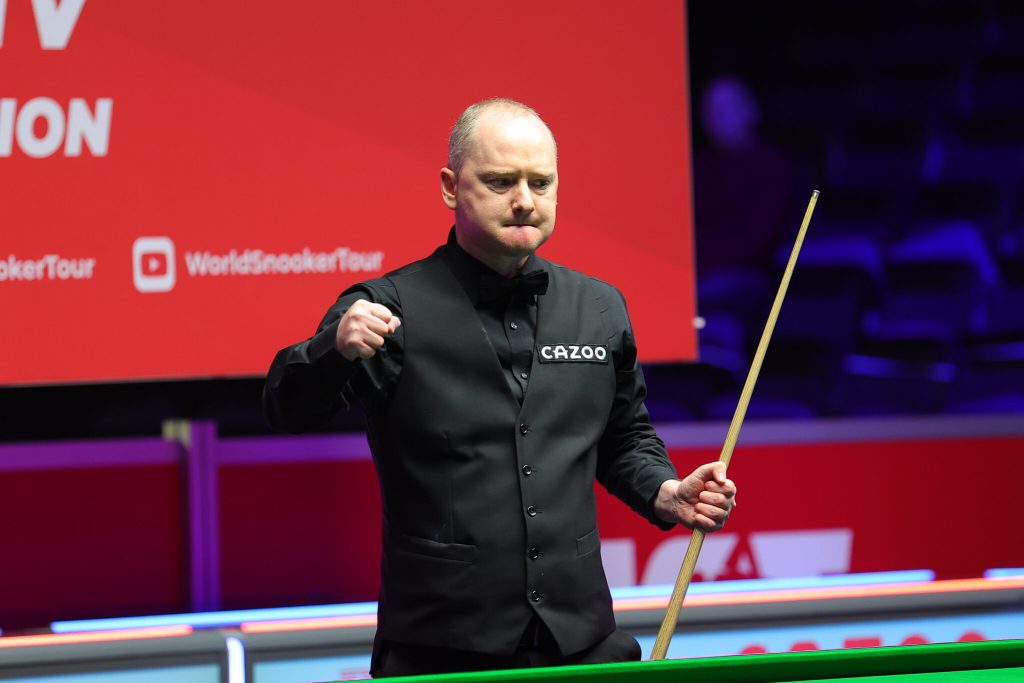 Graeme Dott beat Xiao Guodong 4-3 in an exciting finish as Dott needed two snookers at one stage of the deciding frame. Xiao came from 3-2 down to 3-3 and led 65-1 in the last frame. Former World Champion Dott got the required snookers on the last red, and later cleared from yellow to black to snatch victory.

Jamie Jones is planning to run the London Marathon this Sunday but would have to pull out of that if he reaches the final in Milton Keynes. He beat Chang Bingyu 4-1 with a top break of 82.