Lockdown A Time For Reflection – O’Donnell 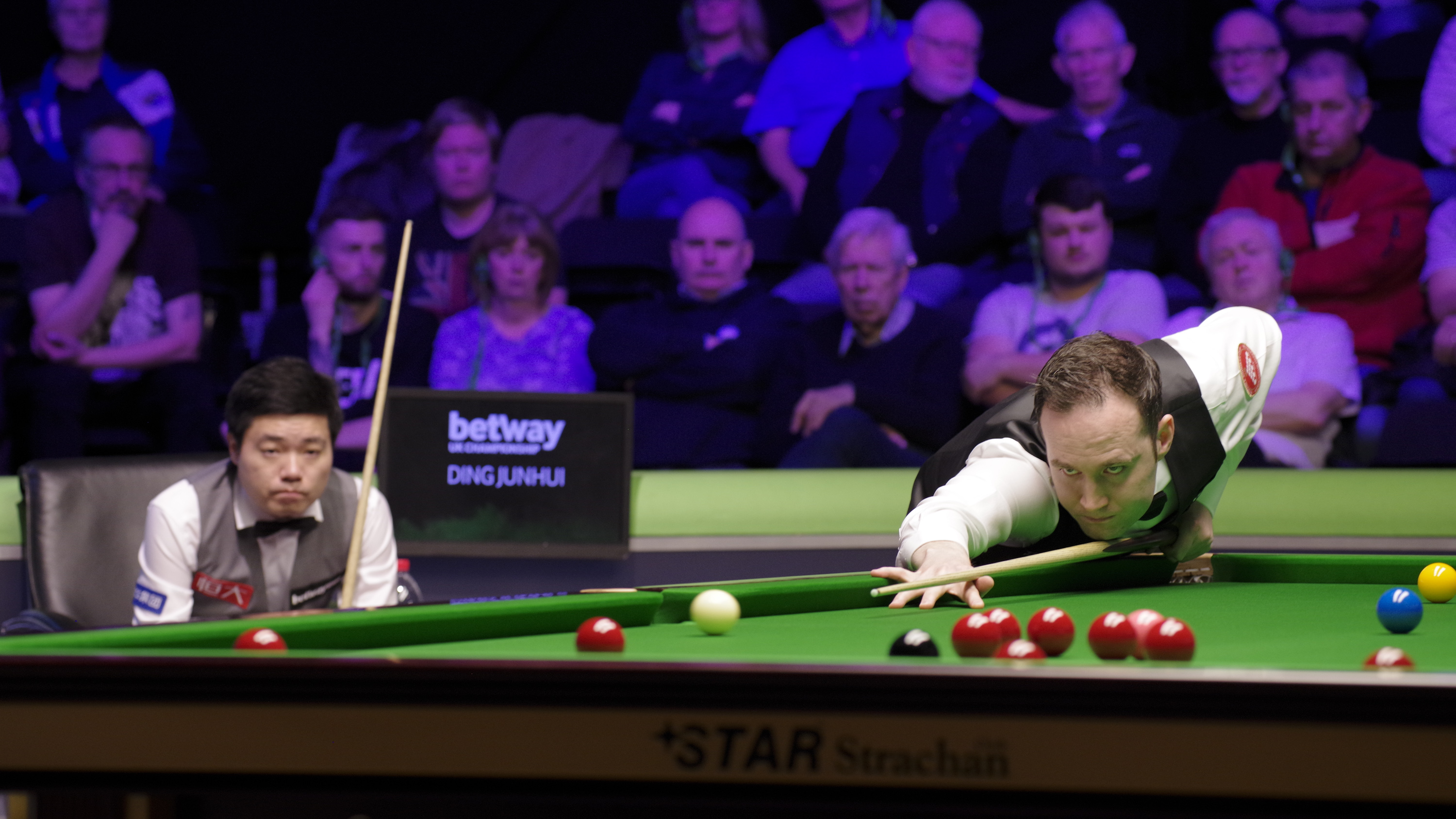 Martin O’Donnell has used the lockdown period to re-evaluate his snooker philosophy, as well as an opportunity to savour quality family time.

World number 33 O’Donnell, alongside coach and former Crucible semi-finalist Ian McCulloch, has turned his career around in the last three years, from facing relegation from the tour to a career high ranking.

The Londoner lost his professional status and place on the circuit at the end of the 2016/17 season. However, he immediately bounced back by regaining his tour card at 2017 Q School.

Since then O’Donnell has greatly enhanced his standing in the sport, reaching four ranking quarter-finals, including the 2018 UK Championship. His run that week included a 6-4 defeat of Asian number one Ding Junhui, but he was eventually defeated by tournament winner Ronnie O’Sullivan.

Despite this, O’Donnell has set his sights higher than merely climbing the rankings and reaching the latter stages of events.

O’Donnell said: “He [Ian McCulloch] is very good at putting things into perspective. There are a lot of downs in snooker. Even if I have had a great tournament, I haven’t won one yet, so you are always coming back off a loss. Whether it is a quarter-final or the last 16, you can assess it and think it is a decent tournament. However, you don’t put in all of the hours in the club on technique, strategy and fitness to not be winning tournaments. Ian has been good at pointing out where I was a couple of years ago and I realise that I am doing ok.

“The mind gets in the way a lot in snooker. So it is about learning to control the mind. Learning that you can actually choose what to think, so even when bad thoughts come into your head you can choose to kick them out. You can switch them around and turn them into positive thinking. That is something I’ve worked really hard on. A lot of it is getting out of your own way. I’ve stopped myself winning matches so many times in the past. I’m learning to deal with the emotions and just clear my head.”

As well as keeping his emotions in check whilst on the baize, O’Donnell is also trying to change his philosophy in terms of his strategic approach. He and McCulloch have made a concerted effort to adopt a more attacking and aggressive style. However, O’Donnell admits that he did edge away from that game plan in his recent 2-2 draw with Nigel Bond at the Matchroom.Live Championship League, which lasted two hours and 32 minutes.

“I’ve been way too negative in the past and I can see that now. A little bit of it came back in that Nigel Bond game. Ian said afterwards that he thought those days were gone. I was negative and refused pots that I would make six out of ten times.

“The guys that are winning tournaments at the top are aggressive. I know I’m not the quickest player on the tour but that doesn’t mean my play can’t be aggressive. I am definitely more attacking. I’ve got to keep working and keep improving on my fitness, as I’ve worked hard on that over lockdown and I felt the benefits of it in the Championship League.”

O’Donnell has also used the lockdown period to spend more time with his family. With the calendar being as full as it is, snooker players often have to spend long spells away from home. O’Donnell has used the unfortunate circumstances of the coronavirus crisis to spend precious time with his son Charlie in recent months.

“He is two and a half years old now and I’ve got to spend loads of time with him, as my wife was working from home. It’s been quite nice just to take him out for a couple of hours each day. We will go for walks in the park and try to get him kicking a ball. Once I got into a routine, I realised I needed to treasure this time. We are away so much with the tour. I have actually quite enjoyed it.

“I speak to my wife Anna when I’m away and she will tell me the things that Charlie has done that day. You just want to be able to see it. It has been nice for me to be able to come back from the park and talk about the things he has done.”

With lockdown easing, O’Donnell is turning his attention to preparations for Betfred World Championship qualifying. He’s aiming to secure a debut appearance at the Theatre of Dreams. O’Donnell came within one match of qualification last year, losing to Joe Perry on Judgement Day. This time round he is determined to go one step further.

“I still get goosebumps when I walk past the Crucible while staying in Sheffield at the qualifiers. I look at it and just hope that I can be there to play in two weeks’ time,” said 34-year-old O’Donnell.

“I’m a pretty relaxed guy. I don’t get too excited and I don’t get too down about stuff. Obviously if I got there, I would be buzzing. If I wasn’t nervous I would be worried as I’d be flat. Nerves are good, as long as you can control them.”