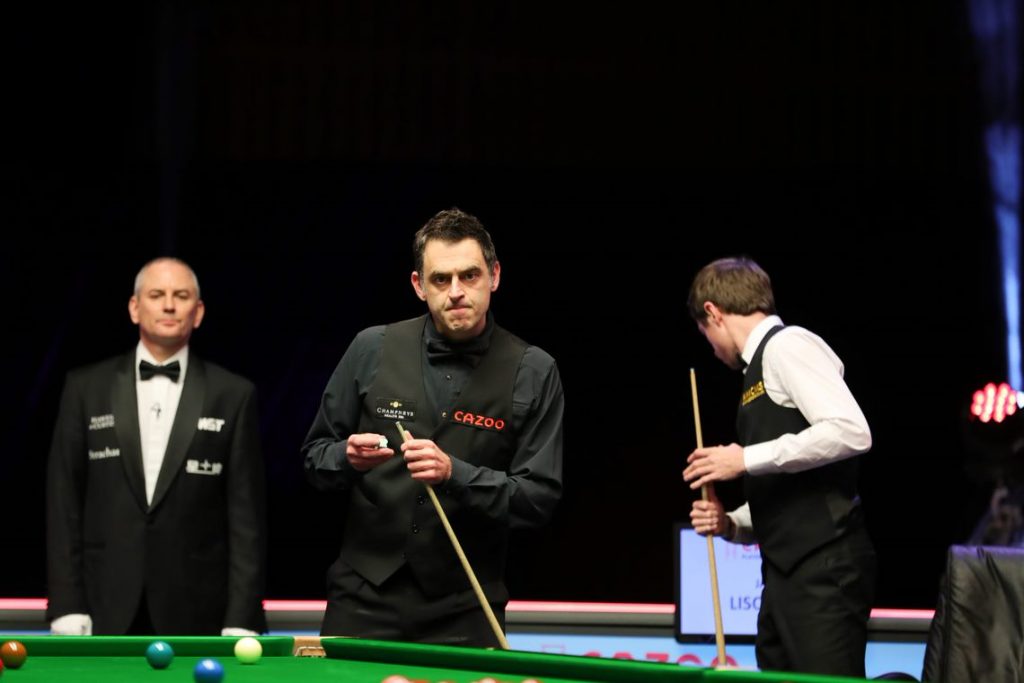 In a magnificent display which can rank alongside his best of his recent years, O’Sullivan made two centuries plus four more breaks over 50, and averaged just 16.9 seconds a shot. He is still seeking his first title of the season but on tonight’s form, O’Sullivan will be hard to stop. He meets Barry Hawkins on Friday night for a place in the final.

A bamboozled Lisowski said simply: “It’s as if he is playing a different game. It’s not like playing any other opponent. I didn’t do a lot wrong in fact I’m proud that I kept trying and avoided losing 6-0”

Breaks of 63, 79, 124, 93 and 125 put O’Sullivan 5-0 ahead. Lisowski showed his own talent and fluency in frame six with rapid breaks of 57 and 68. But the match was soon over as O’Sullivan converted an excellent pot on a red to a centre pocket early in frame seven to start a break of 59. Lisowski’s chance to counter ended when he went in-off in potting the black, and the elbow bump soon followed. 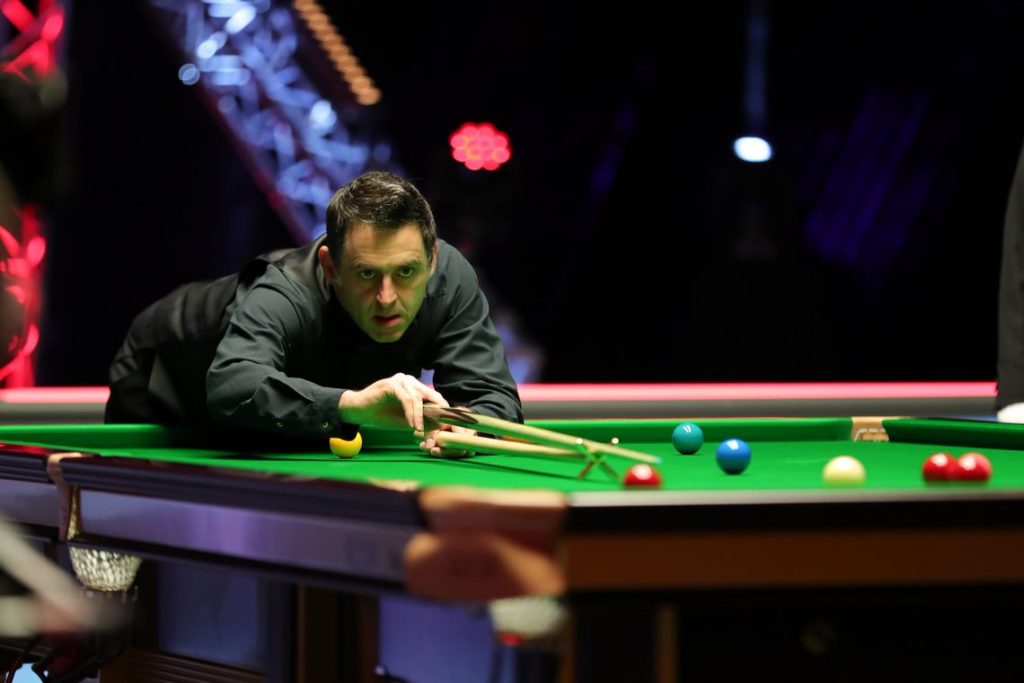 “I had a good practice session today, I wanted to find something to take out there,” said O’Sullivan. “I got into the match early. I hit a little purple patch, but tomorrow the wheels could fall off and I might not pot a ball for three or four tournaments.

“Jack is an unbelievable talent. He’s a bit like me, he can be really good or a bit loose and open. When he’s on, he’s very dangerous. When I stop playing, if he picks the phone up and asks me if I can add anything to his game, I wouldn’t hesitate. He’s such a nice lad and fans want to see players like Jack do well. All my friends who follow snooker enjoy watching him.”

Asked about Stephen Hendry’s return to the tour at next week’s BetVictor Gibraltar Open, O’Sullivan said: “I support him, he’s a true great of our game. I hope he enjoys it and has some fun. If people want to see him in the game they should support him, and not be on his back if he doesn’t play so well.

“I said to him he shouldn’t expect anything for a long time, because it will take time for him to bed himself in. At some point he’ll get up to speed, but the game has changed, it’s really tough now.”