Twenty years ago, Mark Williams became World Champion for the first time. Snooker commentator and journalist David Hendon charts the Welshman’s journey from humble beginnings to the top of the game…

The grizzled hacks of the snooker press room are not known for their tact, so it proved when Mark Williams paid us a visit at the 2000 Champions Cup, the first tournament of the new season and his first since becoming world champion the previous spring.

Mark entered dressed in his customary tracksuit bottoms and t-shirt. On leaving again there was an appropriate pause before someone said, “Well at least he hasn’t let success go to his clothes.” 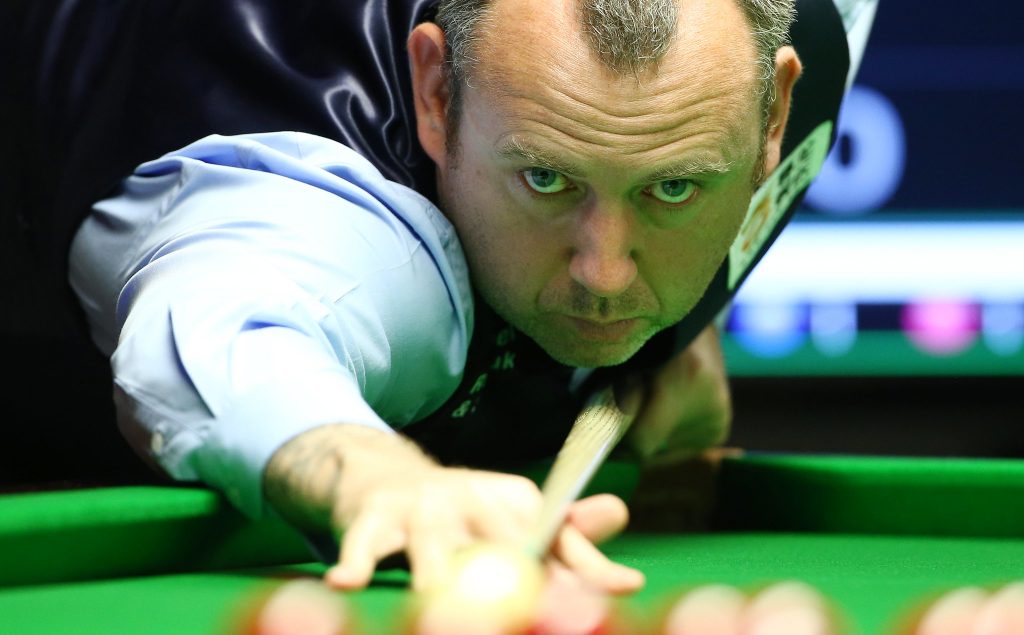 Williams had pocketed over half a million during the season which would end in Crucible glory but was never going to change. His career – his life – has been underscored by a determination to be true to himself, a working class boy from South Wales unimpressed by the shiny, respectable façade of modern sport.

This has led him into some trouble – notably fined for an ill-considered tweet about the Crucible – but has also seen Williams emerge as a genuine people’s champion: down to earth, relatable and utterly irrepressible.

Where did it begin? In 1975, Cwm was a mining village a few miles from Ebbw Vale. Snooker in Wales has a long connection to the workplace. Ray Reardon was a miner; Cliff Wilson a steelworker. The men who undertook these tough, physical jobs played in leagues as snooker and the social outlet it provided became a key component of the working week.

Williams’s own father was a miner but in the 1980s, the industrial winds began to blow in a different direction as Thatcherism hit communities hard. Mark can remember being out, as a boy, on the picket line with his dad, perhaps stoking the early fires of his lingering disdain for authority. 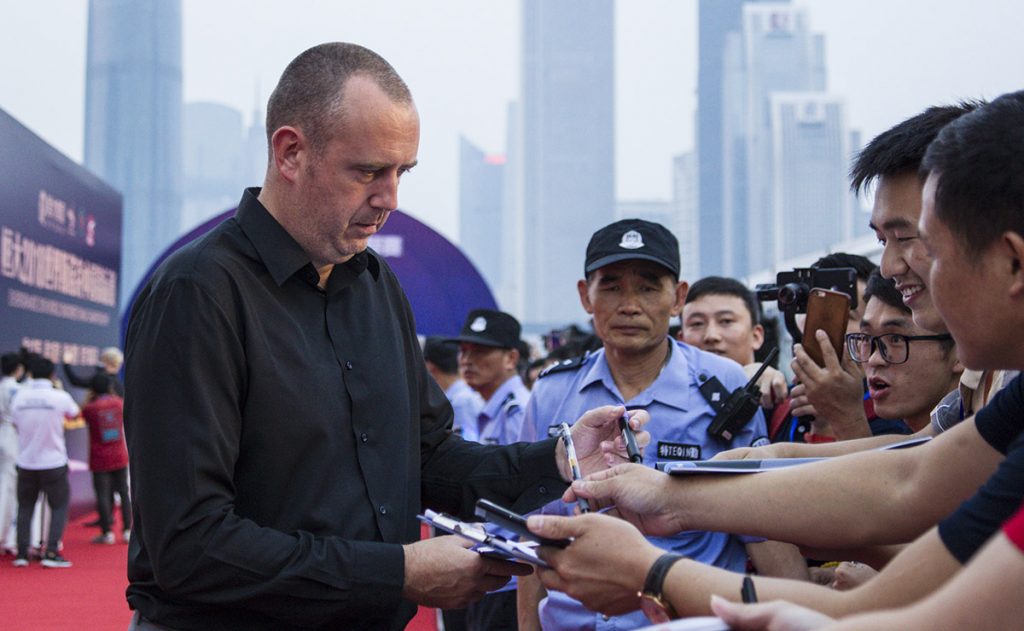 His first snooker memory is watching his father play in a Christmas tournament for miners. His parents bought him a six-foot table and he was hooked. Boxing was another early passion. Young Mark had 16 fights and won them all. For his next bout, his opponent failed to show so he was put in the ring with another junior left without a fight, who was carrying significantly more weight. Waking up the next morning with two black eyes and covered in cuts, Williams decided it was snooker for him from now on.

He progressed to the full-sized tables of the Emporium in Bargoed, where the adults played to a very high standard. He was not treated with kid gloves. This was a rough and ready apprenticeship, but despite being well beaten day after day, he kept going back. Eventually, he was beating the adults and they no longer wanted to play him.

Snooker was thrown open to anyone with a cue and a chequebook in 1991. A year later Williams found himself, at 17, too old to play in the Welsh under 16s and too young for the over 18s and so, with no regular amateur tournaments to sustain him, turned professional.

That meant three months in Blackpool, staying in a one-bedroom flat, his manager on the sofa and Mark sharing a double bed with another player, Ian Sargeant. It was a long slog at the Norbreck, with players needing to win as many as eight or nine matches just to qualify for the final venues. Williams reached four of nine, with a run to the last 16 of the European Open his best finish.

In 1994, he won the Masters qualifying event, earning a place at Wembley Conference Centre where he whitewashed Willie Thorne before losing in a decider to James Wattana. His reputation was growing but he was still in the shadow of two remarkable contemporaries.

We think now of Williams, Ronnie O’Sullivan and John Higgins as a kind of holy trinity, known collectively as the Class of ’92. O’Sullivan was the early leader of this pack, winning the UK Championship at 17 and, helped by his vivid and eventful off-table life, becoming a huge star at a young age. Higgins became the first teenager to win three ranking events during the 1994/95 season. For Williams, the wait for a major title went on a little longer.

A few weeks before his 21st birthday, he broke through on home soil, at the 1996 Welsh Open. Later that year he won the Grand Prix, then the BBC’s fourth major, and towards the end of the campaign hammered Stephen Hendry 9-2 to capture the British Open. Afterwards, classically deadpan, he said, “I’m gutted, I wanted to beat him 9-1.” (A few years later the same reputation-averse sense of humour led him to tell Steve Davis, after the Nugget had dropped out of the top 16, “Don’t worry, Steve, I can get you some tickets for the Masters”). 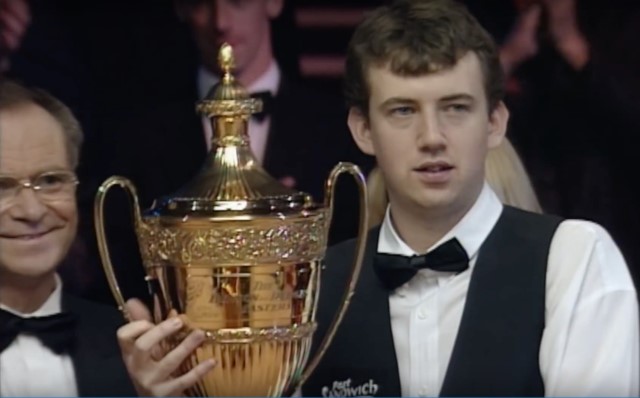 Williams had now arrived as a top player. The following year he prevailed in a leg-trembling finish with Hendry at the Masters, winning their decider on a re-spotted black. In the 1998/99 season he won three ranking titles and reached the World Championship final, where Hendry did for him 18-11. He won the UK Championship at the end of that year and went to the Crucible a few months later as one of the favourites, but still behind Hendry and O’Sullivan in the betting.

As it transpired, they were both first round casualties. Williams beat John Read 10-4, pulled away from 10-9 up to Drew Henry to beat him 13-9 and overwhelmed Fergal O’Brien 13-5 to set up a semi-final meeting with Higgins, who had won the Class of ’92 three-way race to become champion two years earlier.

From 8-8 after two sessions, Higgins pulled away to lead 14-10 heading into the final evening. I well remember, in the afternoon which preceded this, Mark coming into the Crucible press room, where he used to alleviate boredom by spending time with journalists. He had bought a ‘Billy the Bass’ novelty dancing fish, which played Bobby McFerrin’s ‘Don’t Worry, Be Happy’ on an increasingly annoying loop.

But this was pure Williams: if he was feeling any pressure, he wasn’t letting it show. Don’t worry, be happy indeed.

The final session began with an oversight on Williams’s part: he forgot to shake Higgins’s hand. Higgins, so attuned to the rhythms and conventions of the championship, was thrown off his stride, his concentration dented, and Williams began to come back at him, eventually winning 17-15.

The final pitched him against his younger compatriot, Matthew Stevens, already, at 22, a twice UK Championship runner-up and Masters champion. Day one went to Stevens 10-6. He improved his advantage to 13-7, five frames away from the title.

Toughness under fire, though, had marked out Williams’s entire life. He came from a background in which things weren’t given to you, you had to fight for them, attributes which served him well as the battle for the winning line intensified.

He won four frames on the spin to trail only 13-11, overtook Stevens at 16-15 and eventually beat him 18-16. At the age of 25, he was world champion. Ever the contrarian, he celebrated with a glass of milk and headed off to bed.

Williams won the title again in 2003, after which his career was marked by a series of peaks and troughs. He lost his top 16 place a couple of times and in 2017, as the Crucible celebrated 40 years of hosting the championship, he failed to qualify and stayed away from the festivities.

At 42, he was at a crossroads and confided to his wife, Joanne, that it could be time to pack it in. She persuaded him to think again. Williams spoke to his friend and fellow player, Lee Walker, about SightRight, the alignment technique pioneered by Steve Feeney, for which Walker was a coach. He decided to embrace it and the results were almost immediate.

Williams ended a six and a half year wait for a ranking title at the 2017 Northern Ireland Open, won the German Masters later in the season and then completed a stunning hat-trick of world titles with victory over Higgins in perhaps the highest quality world final of them all. 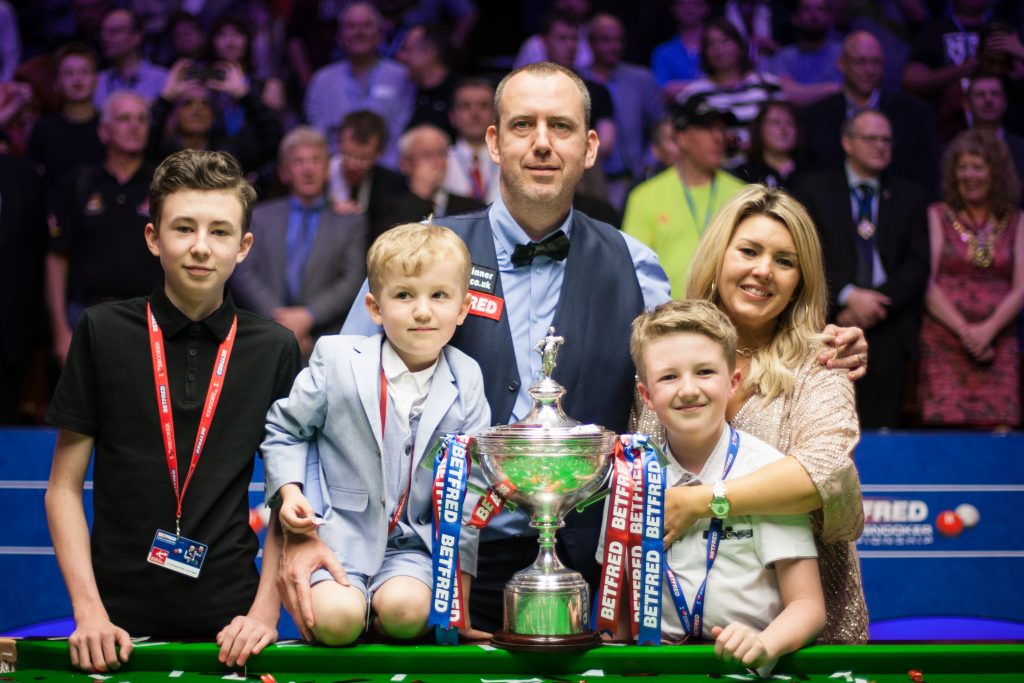 Never a fan of interviews or having to rely on cultivating a persona, Williams had nevertheless discovered Twitter and the public had discovered that far from being aloof, he was a relentless wind-up merchant, accessible to fans and guaranteed for a laugh.

Professional sport is necessarily corporate – without money from sponsors and broadcasters there wouldn’t be much of a living to be made – but audiences warmed to a player who was stood outside a kebab shop the night before the final, who unashamedly liked a drink, who honoured a bet to attend his press conference naked.

He was one of them. Mark Williams, the boy from Cwm, who on his own terms and through his own force of will got to stand on top of the snooker world.