Mark Williams Blasts 'Idiots' Who Criticised Him Ahead Of Protégé Clash

Mark Williams has booked his place in the quarter-finals of this year's World Championship, although the Welshman has admitted that he was a bit uncomfortable with the nature of his 13-3 victory over Jackson Page at the Crucible.

Williams knew today's opponent very well, acting as a mentor to Page in recent years. The pair practice together and are also very close away from the sport, with the 47-year old even saying his fellow countryman was like a son to him earlier this week.

However, the three-time world champion would show little mercy on this occasion. He would wrap the victory earlier today with a session to spare, notching a hugely impressive six centuries over the course of the match.

Much has been made of the relationship between the two players in the buildup to this meeting, including in their decision to keep practicing together despite being on course to meet in the tournament.

Stephen Hendry said such a move was perhaps a bit unfair on the 20-year old, saying that his opponent could be playing mind games with the youngster by spending so much time with him ahead of their clash.

Williams was not impressed by the comments.

Speaking to Eurosport this afternoon, Mark Williams admitted he was a bit uncomfortable with the resounding nature of his victory over Page. He also doubled down on his comments about those criticising their decision to practice together ahead of the match.

I've won by that scoreline before and been glad of it. I'm over the moon I won, but I didn't really want to see that type of scoreline. Obviously I wanted to beat him.

There was actually a couple of times where I was egging him on to make a couple of breaks because I was that far in front. I was there last year when I lost with a session to spare, I know how it feels.

I suppose it's a good learning lesson, you've got to bounce back from it...

I don't the problem with that (practicing together before the match). Other people were saying I was trying to get in his head and stuff like that, whoever thinks that are idiots. It's as simple as that.

If you think I'm trying to get into Jackson's head to try and win a match, you are an idiot.

Williams will now head into the quarter-finals where he will face either Mark Selby or Yan Bingtao.

Having won his most recent world title in 2018, he will fancy adding a fourth trophy to his collection considering the form he is in at the moment. 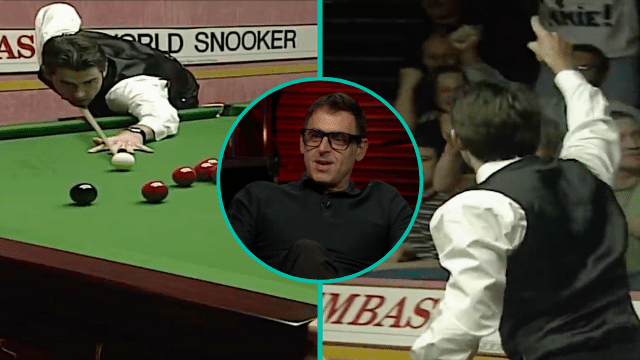