Masters Only For The Strongest - Robertson 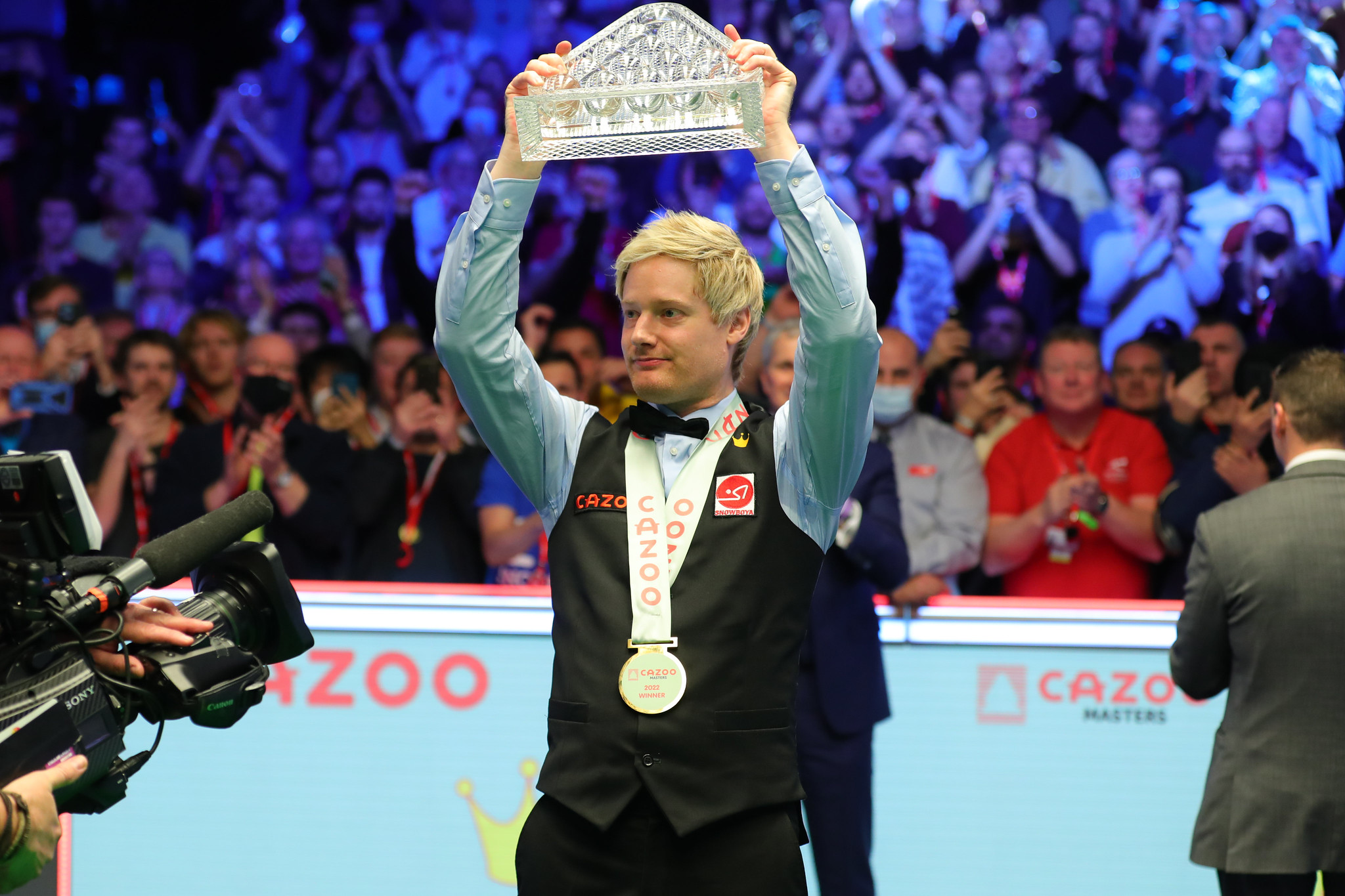 Neil Robertson won his second Cazoo Masters title with a 10-4 victory over Barry Hawkins in last year’s final and the Australian believes only the toughest competitors stand a chance of dealing with Alexandra Palace’s unique atmosphere.

You can still witness this year’s event in person. A limited number of tickets remain for Alexandra Palace next week, but the event is nearing capacity. Click here to buy now.

Robertson silenced a passionate crowd in the quarter-finals, when he defeated home hero and snooker legend Ronnie O’Sullivan 6-4. He then faced three-time Crucible king Mark Williams in the last four. Having trailed 4-1 and 5-3, Robertson dug deep to force a decider.

A remarkable final frame provided further adversity when Robertson was left requiring two snookers. However, he amassed the required penalty points and cleared to secure a famous 6-5 win.

Those were two victories where Robertson admits he had to draw on all of his experience. He believes only hardened professionals can handle the heat in the Ally Pally cauldron.

“It was the loudest crowd I have ever heard at a snooker tournament. All of the matches were really well supported from start to finish. My matches with Ronnie in the quarters and Williams in the semis stood out for the atmosphere. It was an amazing experience,” said 23-time ranking event winner Robertson.

“I love it, but only the strongest of minds can deal with that kind of pressure. Not many people realise how different the game is or the extra pressure that there is playing in front of that sort of crowd. It isn’t easy at all. I’ve been fortunate enough in my career to play in these atmospheres and do well.

“It is definitely the most intense event. Nobody will have experienced anything like it before when they make their debut. Last year John Higgins and Mark Williams came out to a standing ovation before their decider. It was the same when I played Mark in the semi-finals. They roared both players.

“The atmosphere when we came out in the decider of that semi-final was bone chilling. The standing ovation as we shook hands was absolutely amazing. We both smiled at each other. I was realising how lucky I was to be a part of it. I’m sure anyone who was there that day looks back on it with a lot of really good memories.”

Following Robertson’s victory over Williams, he proclaimed in his arena interview that he wanted the match to serve as an example to budding sportspeople, that they should never give up from a losing position.

“I looked dead and buried in the semi-finals. He had two flukes to win two frames and go 5-3 up. He had another fluke in the decider and left me needing two snookers. It had seemed he was going to win from three flukes. Somehow, I managed to turn it around. You always look back on tournaments won by the greats and they have come through matches that looked impossible to win. Growing up, I always thought it would be nice to win a big tournament from that sort of position. I’m glad I have done that as it is an unbelievable feeling.”

You can hear more from Neil Robertson in the Official Cazoo Masters programme. Click here for info on how to order your copy.