World number 89 Jamie Clarke came agonisingly close to reaching the quarter-finals of the Betfred World Championship but lost 13-12 to Anthony McGill in one of the Crucible’s most incident-packed matches of recent years. 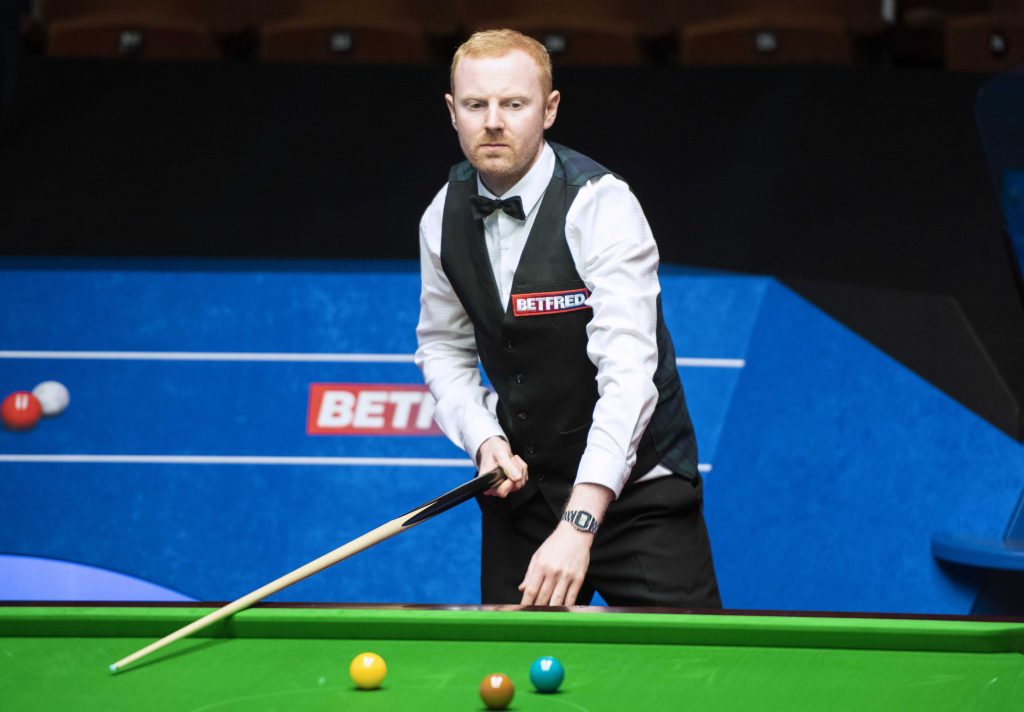 Debutant Clarke was just two pots away from victory, on a break of 55, in the penultimate frame, but missed a crucial pink and eventually saw his run in the event come to an end.

The match will be remembered for a heated exchange between the two players during the second session, as McGill felt that Clarke was standing in his eyeline on certain shots. Clarke then seemed to stir the ill feeling by tweeting ‘You want to dance, let’s dance’ during the mid-session interval. The tension was palpable for much of the final session. After the contest the two players, overcome with emotion, embraced in a dressing room backstage.

There was just as much drama on the baize in a gripping contest which finished after midnight. McGill must now regroup as, when the dust settles, he faces a quarter-final against fellow qualifier Kurt Maflin. It will be his second appearance in the last eight, having reached the same stage on his 2015 debut.

Welshman Clarke, who needed to win three qualifying matches to keep his place on the pro tour, would have been the lowest ranked Crucible quarter-finalist since Lee Walker in 1997. He can only wonder what might have been during the long drive back to Llanelli, though he can reflect on a tremendous run which included a first round win over Mark Allen.

McGill took the opening frame of the concluding session with a top break of 58 to level at 8-8. The next lasted 48 minutes and came down to a long battle on the colours, Clarke eventually potting the blue to win his first frame since he led 8-2. Glasgow’s McGill took frame 18, then Clarke’s run of 73 gave him a 10-9 lead at the interval.

Clarke looked to be cruising over the winning line in frame 24 until he missed a straight-forward pink on 55, just two pots short of victory. McGill cleared to the final black before failing to pot it along the baulk cushion. A safety exchange ended when McGill slotted the black into a baulk corner for 12-12.

Both players had chances in the decider and it came down to a safety exchange on the last red. Clarke, trailing 67-42,  accidentally flicked the yellow when attempting a thin clip on the red, and left a free ball. That let McGill in to add 14 points which was enough for victory. 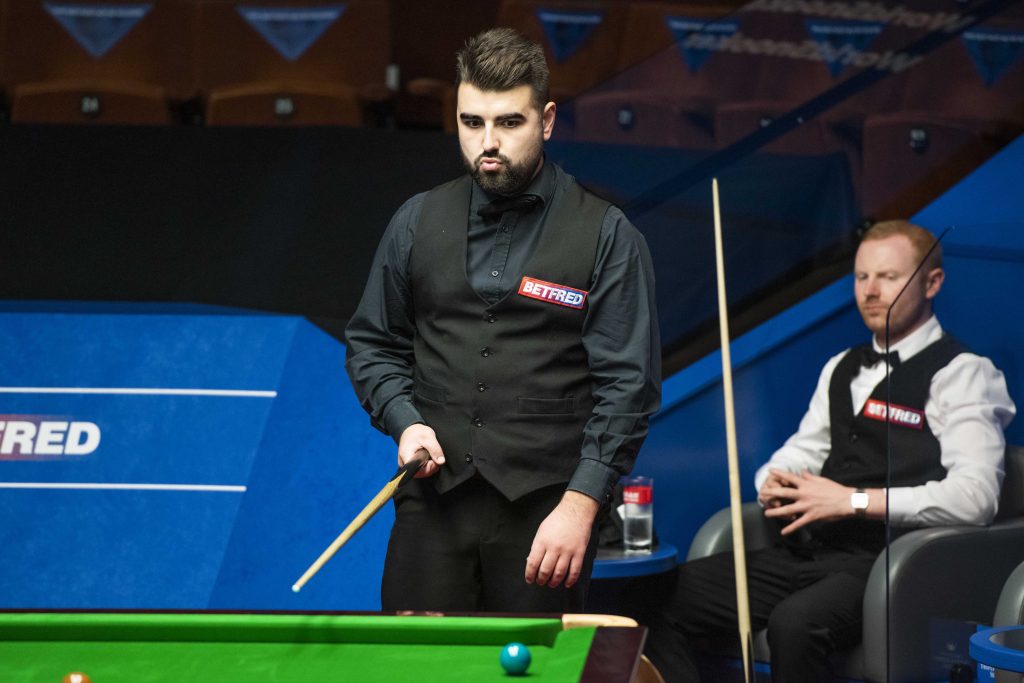 “I can’t believe I won that match,” said 29-year-old McGill. “Especially considering the position he was in at 12-11 when he missed the pink. My scoring wasn’t there, I felt like I only had about three breaks in the whole match. The only reason I won was that I tried as hard as I could. I’m going to need to pull something out of the bag in my next match.”

Asked about his exchanges with his opponent in the arena, McGill said: “During the first session, there were three or four shots where I was shooting down towards the black end in safety battles and Jamie was standing in my eyeline. I told myself to forget about it because he probably didn’t mean to.

“But I decided that if it continued in the second session I would ask him if he would mind sitting down or standing behind me. A shot like that came up and I asked him politely if he wouldn’t mind sitting down, because it is distracting when someone is standing up and you can see him. He took it the wrong way and it blew into a massive thing, when it should have been resolved in about three seconds.

“I didn’t have any intentions at all behind it. I know people are saying I was trying to unnerve him, but that’s not the type of game I play, you can ask any professional player. A lot of people might not rate me as a player, but nobody can say anything about my conduct at the table when it comes to sportsmanship.”

Clarke, age 25, said: “Anthony held himself together, he deserves a medal for the clearance he made to go 12-12. All credit to him. I said well done to him afterwards because he deserved to win. I missed the pink and I’m sure that’s what people will remind me about.

“I have got nothing against Anthony. I have been tweeting since the first match in the qualifiers and I don’t think there’s a problem with it. I’ll do the same in future, that’s who I am. There are much worse things going on in the world. Even though I lost 13-12 I am very proud of myself. There’s a lot of tension out there and you have to take the rough with the smooth. It has been an immense experience.”