Anthony McGill came from 4-1 down to square his second round match with Ronnie O’Sullivan 4-4 at the Betfred World Championship.

However, McGill may remember the session for his failure to convert a golden chance to become only the eighth player to make a maximum break at the Crucible. 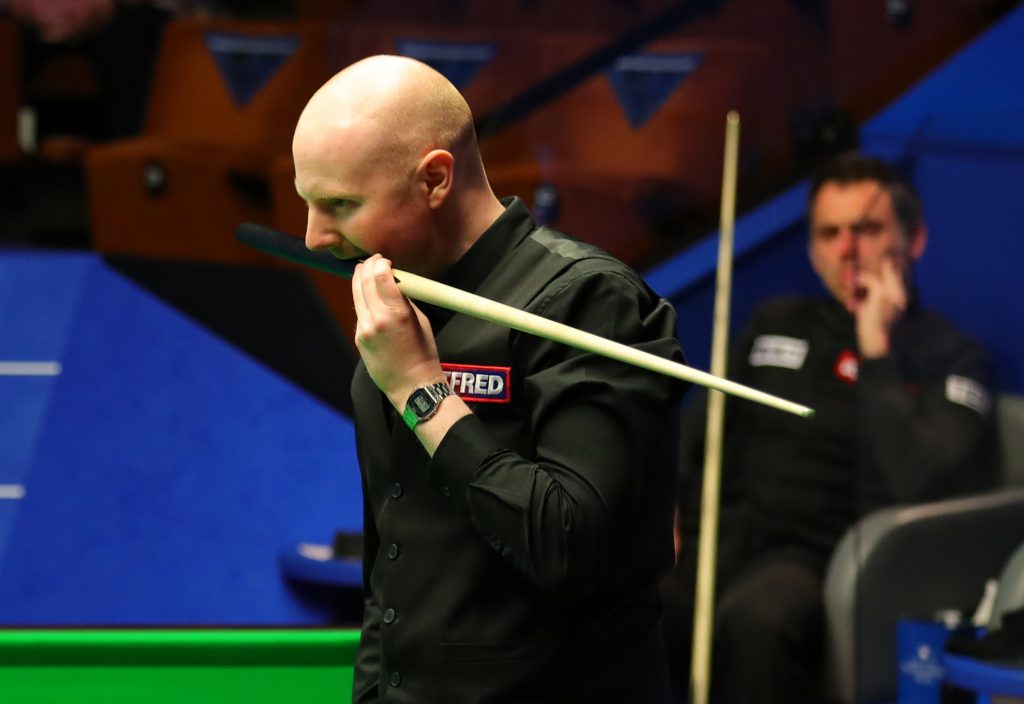 In frame seven, the Scot was on 97 having taken the first 12 reds with blacks, and had the remaining balls at his mercy, but narrowly over-cut the 13th black to a top corner.

In the last of the session, O’Sullivan trailed 40-9 then had two chances to counter, but missed a red and a then a black to top corner pockets. McGill secured the frame to leave them level ahead of the second session on Friday from 10am.