Ben Mertens will be one of three Belgian players on the World Snooker Tour in 2022/23, having turned professional for the first time.

Mertens may be a familiar face to keen watchers of the sport as he made his television debut at the age of just 14 at the Shoot Out in 2019 and beat James Wattana. Later that year, he was half of the Belgian team which reached the quarter-finals of the Snooker World Cup in China, alongside Luca Brecel. Playing matches against the likes of John Higgins and Stephen Maguire provided valuable experience for Mertens. 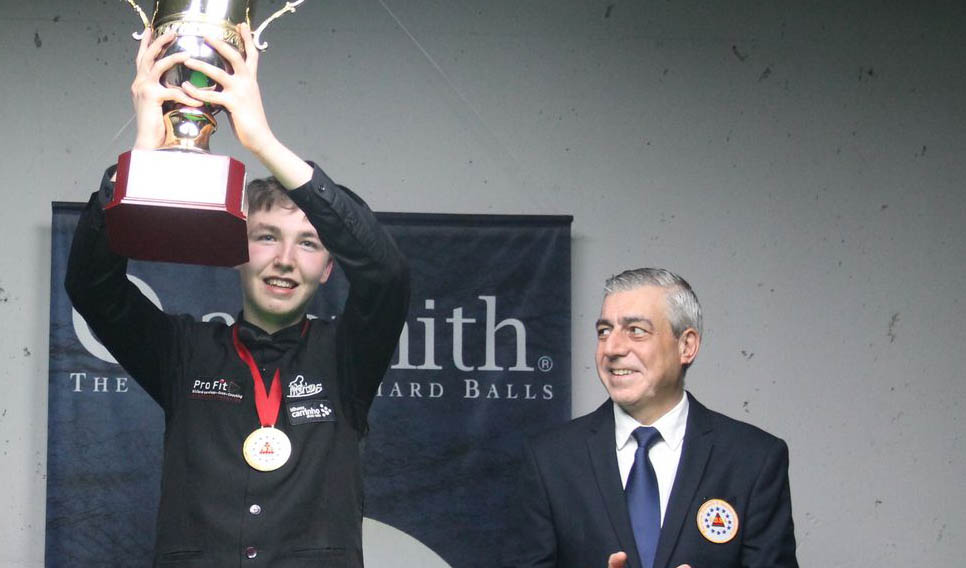 In 2020, he became the youngest player ever to win a match in the World Championship (a record subsequently beaten by Liam Davies) with a 6-2 victory over James Cahill in the first qualifying round. Mertens came close to securing a tour card on several occasions before eventually earning his opportunity at the top table by winning this month’s European Under-21 Championship, beating Florian Nuessle 5-1 in the final.

“I feel I am ready for it now,” said the 17-year-old as he looked ahead to his first pro season. “In the past I have had some tough defeats, but they have made me stronger. Looking back, it was better for me to stay amateur for a few years and wait until I was 100 per cent ready to turn pro. It’s what I have dreamed of since I started playing snooker.

“In the last 16 I was 3-1 down against Ross Bulman and I managed to find another gear and win the last three frames in one visit. After that I felt very confident. I had another close match against Julian Boiko in the quarter-finals and won 4-3 with a good break in the last frame. The final wasn’t easy but after going 3-1 up I felt I was going to win.”

For good measure, Mertens reached the final of the men’s European Championship, and despite defeat there against Andres Petrov, he has plenty of momentum to take into his rookie season. Joining him on that journey will be his fellow Belgian teenager Julien Leclercq, who won the WPBSA Q Tour Play-Off in May.

“Julian and I started playing at the same time, we have grown up together and motivated each other to keep improving,” said Mertens, who first picked up a cue at the age of eight after spotting a mini pool table in a toy shop. “We are good friends and I’m sure we will often travel together to tournaments. It’s nice for me to have him there in my first season, going through the same experience.”

Both of them are inspired by the success of Brecel, the only player from mainland Europe to win a ranking event. And there are more promising Belgian youngsters with potential to break through, such as Sybren Sokolowski, Stef Nuytkens, Mathias Van Der Meeren, Yorrit Hoes and Thijs Pauwels, who was runner-up to Mertens in this year’s Belgian Under-18 Championship.

“It’s unbelievable for a small country to have three players on the tour,” said Mertens, who – like Brecel – plans to live in Belgium and commute to the UK for tournaments. He has a Star table at home and will practise regularly with both Leclercq and Brecel.

Asked to name his strengths as a player, Mertens added: “My scoring is good and I have the right mentality  – I never give up. I know the pro game will be a big step up but also it will be great to play in perfect conditions. Staying on the tour is hard enough so that will be my main ambition for the first two years.”