Mink Nutcharut defeated Wendy Jans 4-1 to win the Belgian Women’s Open for the first time at The Trickshot, Bruges.

A repeat of the 2022 World Championship final, the match would have the same outcome as Mink recovered from the loss of the opening frame to prevail following an exciting three days of snooker in Belgium.

The victory sealed back-to-back titles on the World Women’s Snooker Tour for the 23-year-old for the second time (2022 British Open-World Championship), and her fifth career ranking event title in all.

Her performance in Belgium also sees the Thai star climb to a new career-high ranking of number two following the tournament, ending the nine-year duopoly of Reanne Evans and Ng On Yee, with Ng dropping to third.

Mink impressed throughout the tournament as she whitewashed Nikolya Broyak, Emma Parker and most notably 12-time world champion Reanne Evans in the semi-finals to progress to the title match. 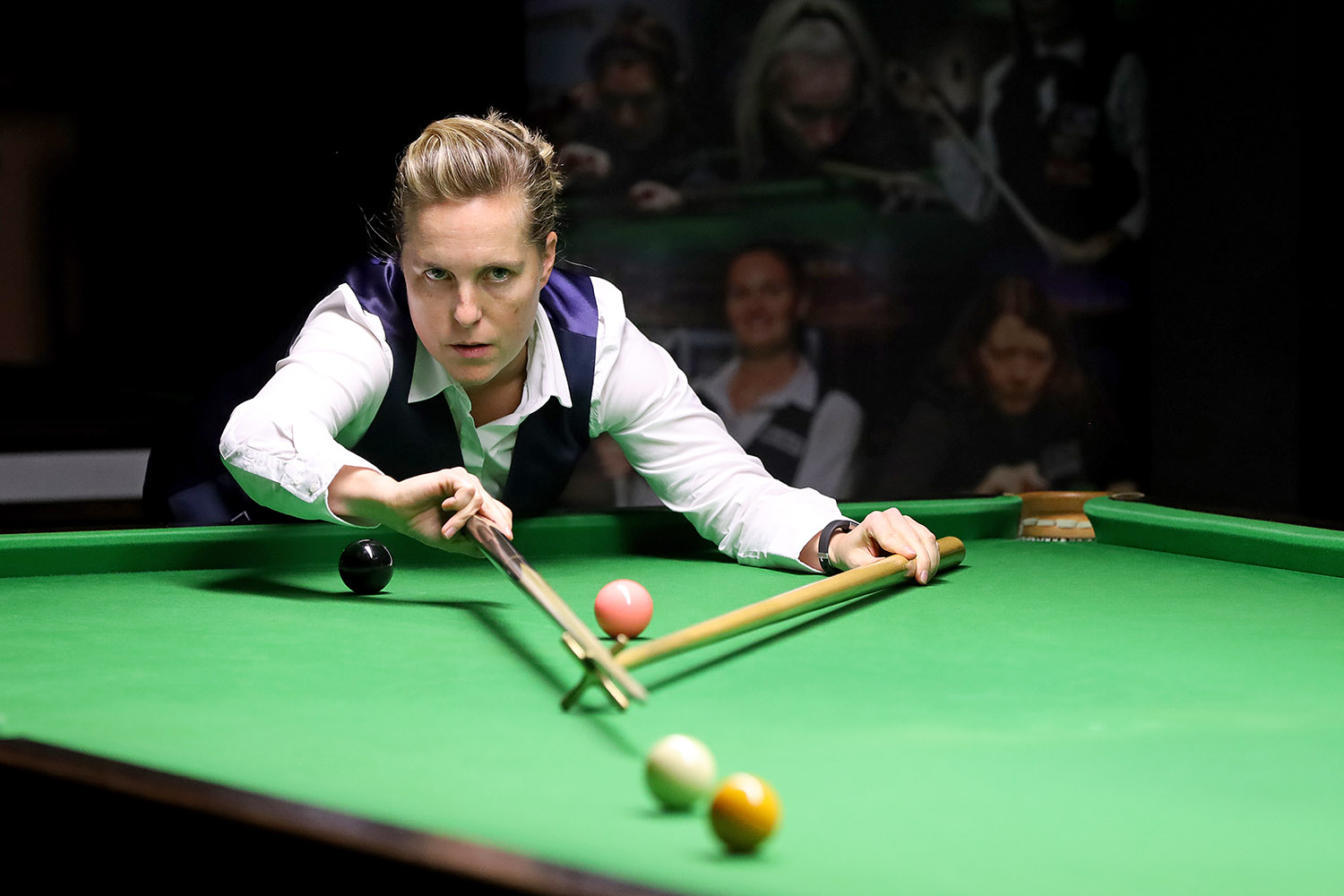 Awaiting her would be Belgian number one Wendy Jans who having progressed from the group stages without the loss of a frame, emerged from a tricky last 16 tie against England’s Tessa Davidson, before adding the scalps of Mary Talbot-Deegan and most notably Rebecca Kenna, following a tense deciding frame, to reach the final. Kenna herself had already come through a dramatic quarter-final against Ng On Yee, defeating the three-time world champion for the first time in 13 attempts on Tour.

It was Jans who dominated the opener as she restricted her opponent to just five points, but from there it was Mink who imposed herself upon the match, ultimately sealing a 4-1 victory with a break of 53 in what would prove to be the final frame.

The highest break of the tournament was also constructed by Mink as she compiled a run of 94 during her last 16 match, having missed the pink for what would have been a century break. 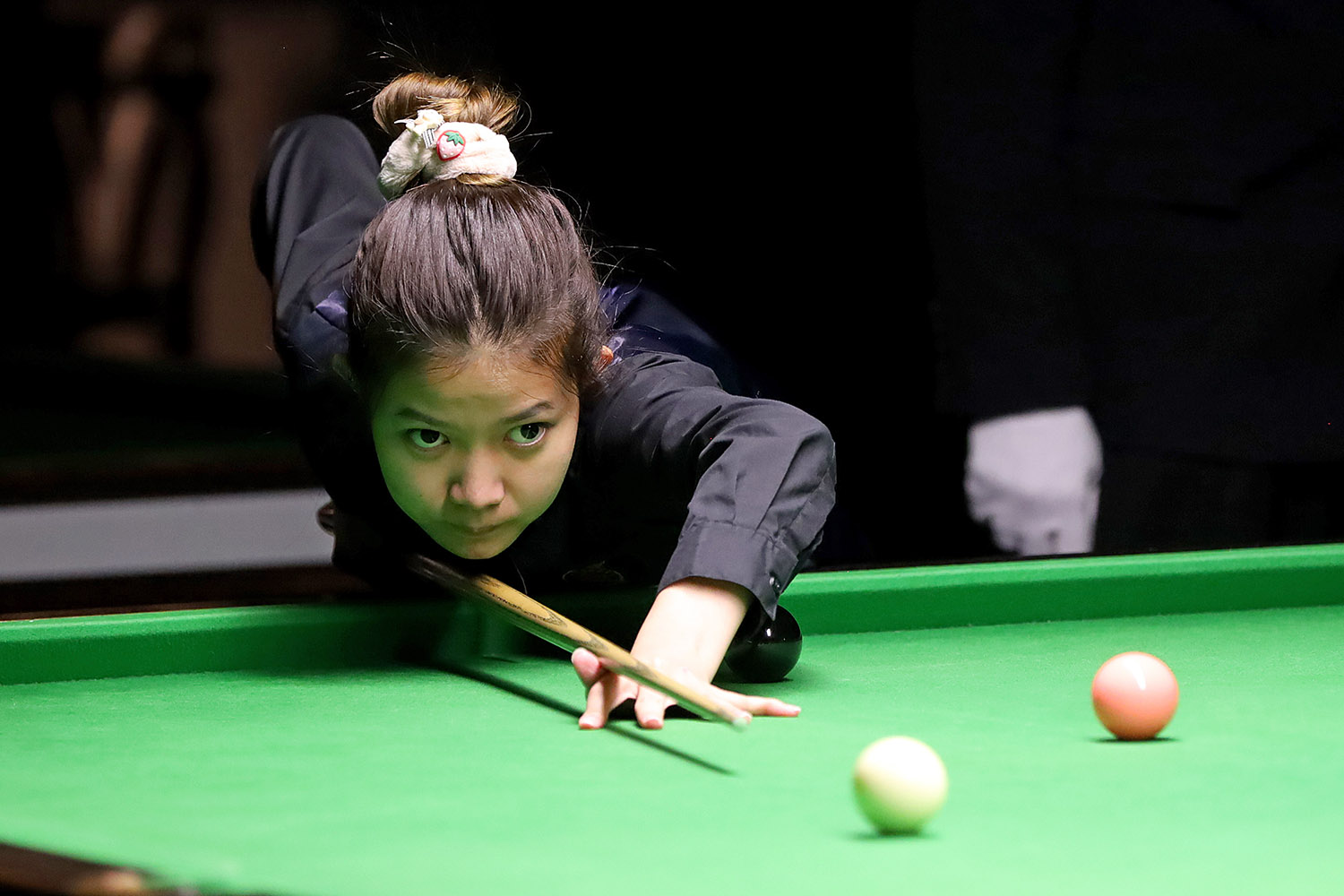 England’s Tessa Davidson defeated compatriot Mary Talbot-Deegan 2-0 to win the Seniors competition in Belgium and further consolidate her position as the number one ranked player in the over-40s category.

Davidson defeated Belinda Focquaert of Belgium, before avenging her defeat to Diana Schuler at last year’s Scottish Open to reach the title match. Talbot-Deegan had herself seen off Michelle Cohen and Sarah Dunn on her way to the final, but it was Davidson who would claim her seventh Seniors crown from eight tournaments contested during the past 12 months. 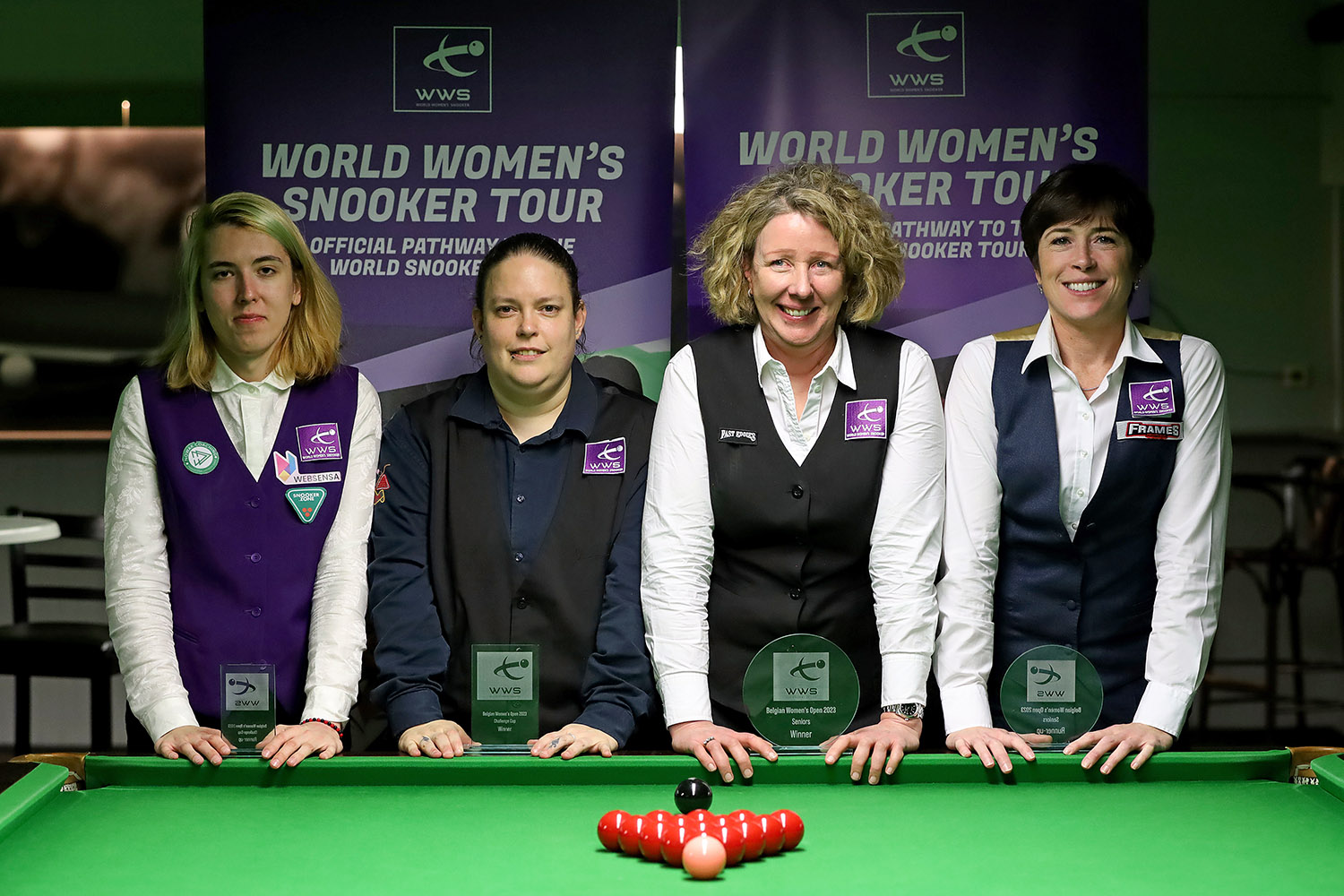 The Challenge Cup tournament for players who did not reach the quarter-finals of the main tournament, was won by Belgium’s Emilie Demeester, who was competing in her first WWS event. She defeated Emma Powers-Richardson, Sarah Dunn, Jasmine Bolsover and in the final Nikola Broyak to take home the title on her debut.

As always, World Women’s Snooker would like to thank everyone who has supported the tournament, including our host venue The Trickshot, owned by Olivier Vandebohede, who was presented with a commemorative plaque by WWS President Mandy Fisher after the tournament.

The WWS Tour returns in just over a week’s time with the Asia-Pacific Women’s Snooker Championship, to be held at the Mounties Club from 31 January – 3 February 2023.