Mixed Doubles Can Be A Catalyst - Robertson 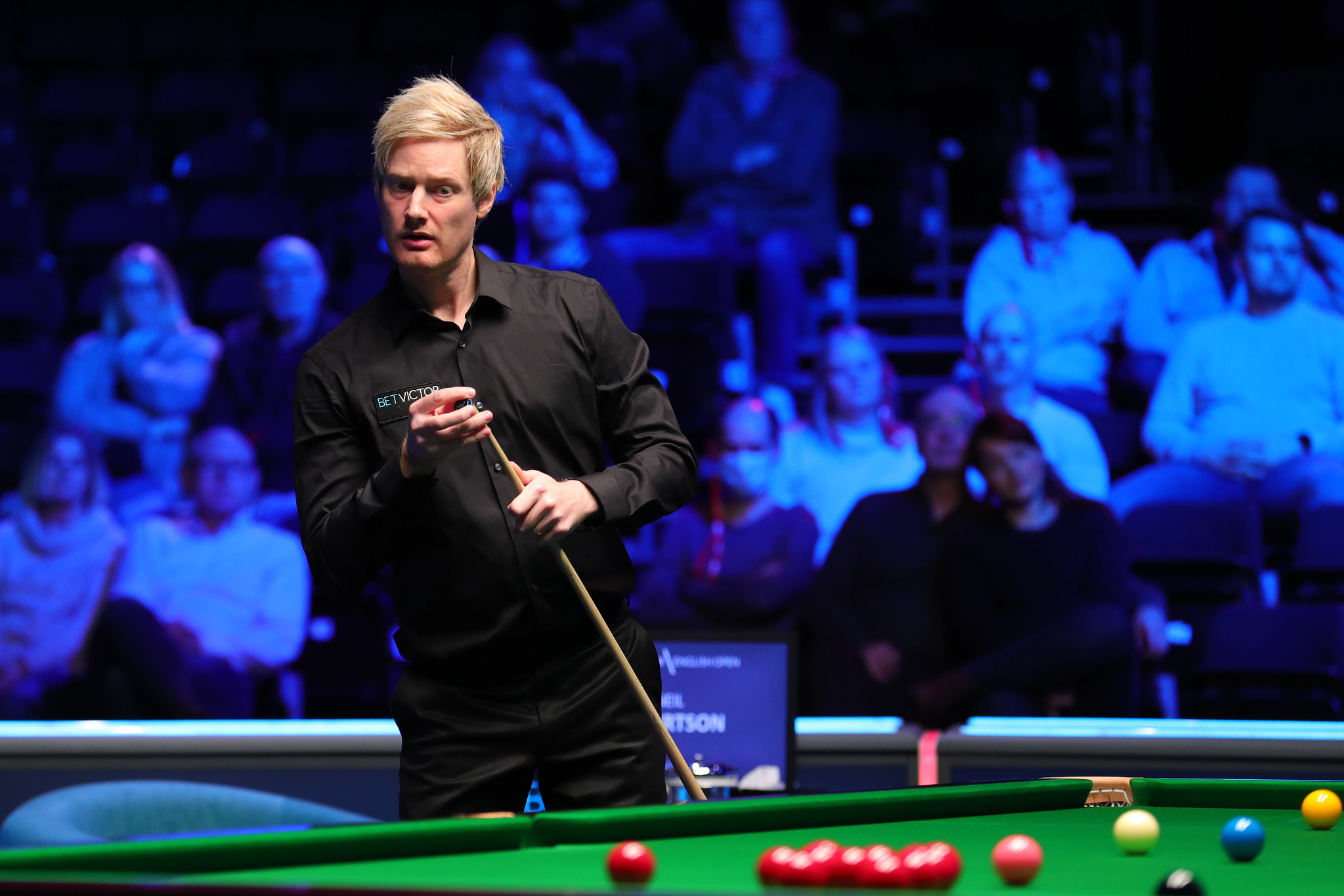 World number four Neil Robertson believes that the upcoming BetVictor World Mixed Doubles can act to inspire greater participation in the sport and thinks that numbers are the only reason there is yet to be a female winner of a ranking event.

The Australian teams up with Thailand’s Women’s World Champion Mink Nutcharut in Milton Keynes this weekend, when he will be making his first appearance of the campaign.

The groundbreaking tournament is pairing the world’s top four men with the world’s top four women. The other teams see Ronnie O’Sullivan alongside Reanne Evans, Judd Trump playing with Ng On Yee and Mark Selby teaming up with Rebecca Kenna. You can still be there, click here to get your tickets now.

Robertson is excited to be competing alongside Mink and is under no illusions of the prestige attached to becoming the inaugural winners of the event. He’s hoping that the weekend’s action could pave the way for more women to compete at the top level.

“Mink a very exciting player and it is a nice added touch that she is also an overseas player as well. I’m really looking forward to playing with her,” remarked 40-year-old Robertson.

“The whole thing is a bit of an unknown. I’m really intrigued to see how all of the teams play and how they get on. With the sort of exposure this event has, it would be great to win it. I did win the World Mixed Doubles with Reanne Evans many years ago, but it was just played in a club in Cambridge. This time it is on TV and a bigger event. Whoever wins this will have a feather in their cap.

“There can definitely be a female ranking event winner one day. It is just about numbers at this point, we need more to come through. There are a few exceptional ones there at the moment and we just need more. It needs to be seen as the norm to turn professional and play against the men. Giving the tour cards to the women’s circuit has been fantastic and a really good initiative. That is only going to inspire more women to play. Snooker is one of the few sports where you can have a completely mixed tour.

“The physical advantages for men aren’t the same level as other sports. Cue power is a subject you could maybe talk about, but with the cloths we play on it is more about the timing. All four of the women in this event can play all the shots. The scoring in the women’s game has gone through the roof in recent years. On Yee and Mink are knocking in breaks on the main tour and winning matches. The fact that Mink has made a 147 break before shows she can play all of the shots. It is great that women are getting the opportunity to play and compete on the main tour. They’ve certainly earned that. This tournament is a really important one and hopefully it will inspire a lot of people. It is a good format having it over two days to make it a bit of a showcase. I think it is fantastic we have the four highest ranked men and women put together.”

There will be big expectation on Robertson’s shoulders this weekend after a remarkable 21/22 season. The Melbourne cueist racked up title wins at the English Open, Masters, Players Championship and Tour Championship. However, despite his extensive success, he has pinpointed an area of his game which he thinks he can make progress with.

Although Robertson sat out the first two events of the season, he didn’t completely switched off from snooker during his extended break. Robertson has spent much of his time off studying other players to see if he can find anything to improve upon in his own performances. After meticulously rewatching World Champion Ronnie O’Sullivan’s Crucible winning exploits from earlier this year, Robertson believes he has identified something.

Robertson explained: “I studied Ronnie throughout the off season and watched hours upon hours of his matches. It made me realise that you can’t keep relying on long potting to get in all of the time. It is nice when you do that, but there are times when it is better to start off with a ball a couple of feet away from the pocket. I am trying to find ways of creating easier chances for myself. My opponents aren’t going to enjoy playing against that too much. I need to make sure my defensive game is mega tight and creative as well. Ronnie and John Higgins do that so well. My safety is very good, but it can be better. It is one of the only areas in my game where I can change a few things to get to the next level.

“I’ve seen Ronnie play much better in the World Championship, than he did this year, and get beat. His safety game was so good and he kept creating easy chances for himself. He didn’t have to make long balls to get in. It was quite interesting to see the way he did it. The World Championship is a long tournament and you won’t always be firing on all cylinders. You need to be able to create the easy chances.” 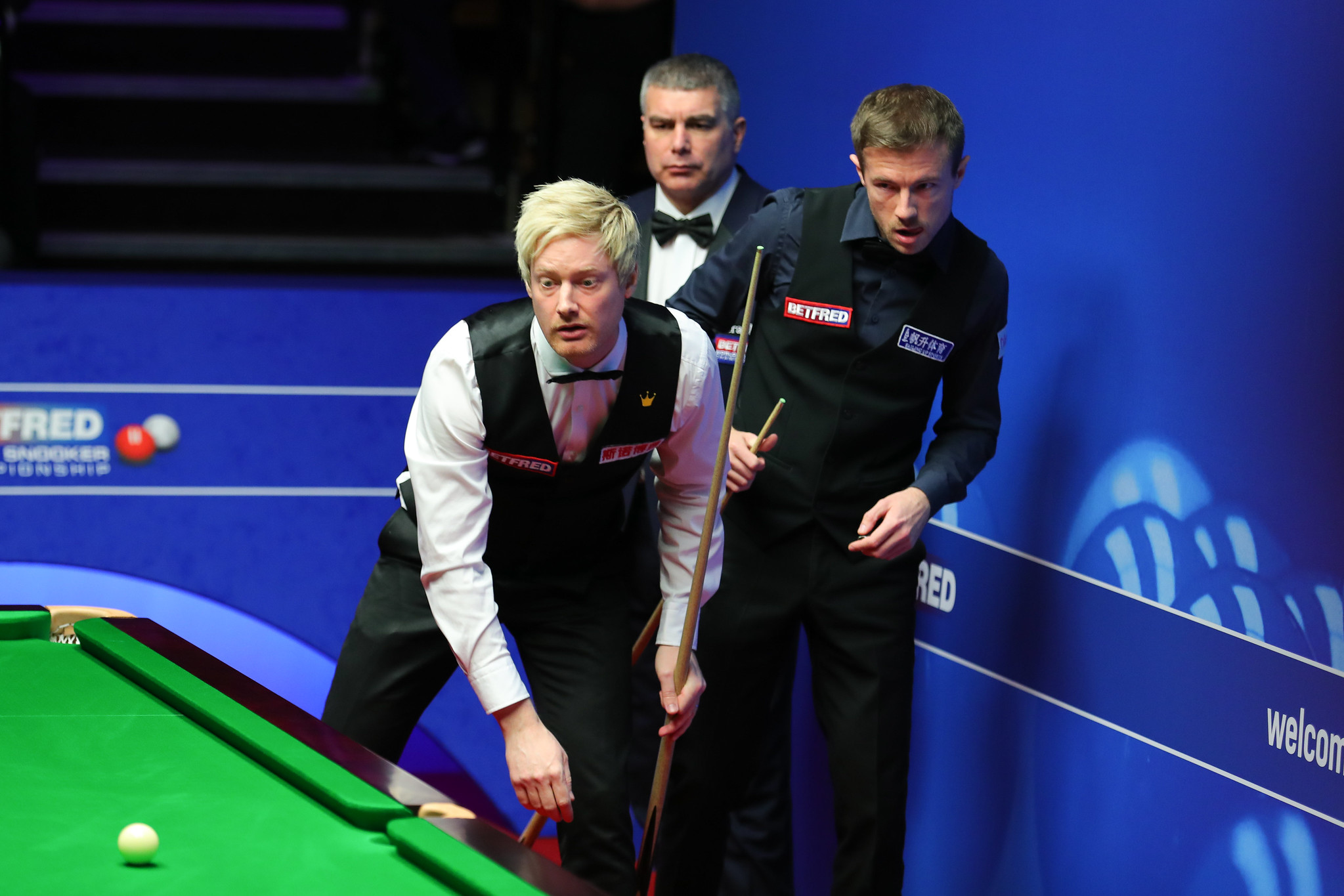 Robertson went into that World Championship as the pre-tournament favourite after his red hot form in the lead up. However, a gut-wrenching 13-12 defeat to Jack Lisowski in a classic last 16 tie ended his hopes. The loss came with the consolation of making his first ever 147 break at the World Championship. That made him only the eighth player to craft a Crucible maximum. He admits that tempered the disappointment of the loss. However, Robertson was left frustrated with the way that opponent Lisowski went out to John Higgins in the following round and was unable to continue his own run.

“It was still amazing to make a 147 at the Crucible. I said at the time in the press conference that it was the happiest I’ve ever been after losing in the World Championship. The season I had was unreal and Jack played the match of his life,” said 23-time ranking event winner Robertson.

“The only annoying thing was that Jack probably made more mistakes in the first session against Higgins than he did in the entire match against me. That was a little bit frustrating. He put in so much effort to beat me, that it maybe went a little bit flat. It was a bit of a shame Jack couldn’t have gone on to play Ronnie in the semis. That happens a lot at the World Championship, where someone plays a massive match and then doesn’t push on. It was frustrating, as I feel that I would have pushed on if I had got through.

“Jack had his chance to make a major breakthrough and reach the one-table setup. John couldn’t have played any worse and he was absolutely there for the taking. I don’t know if John would have played like that against me. He turned it on at the end and made a great break under pressure, like he has done so many times over the years. Jack is a huge talent and everyone is waiting for him to break through, but it remains to be seen. He has Peter Ebdon in his corner and I could see that he was very disciplined against me. That certainly caught me by surprise. I wasn’t expecting him to have the discipline to not play stupid shots. They all came out against John. It was like all of his concentration and discipline was used up against me. It will certainly be interesting to see how he approaches it this season.”

Robertson reflects fondly on his trophy laden campaign last term, but remains fully aware that the main mission for his career going forward is enhancing his World Championship title tally. It is 12 years since he won his first and only title to date at the Theatre of Dreams, claiming victory at the 2010 World Championship. 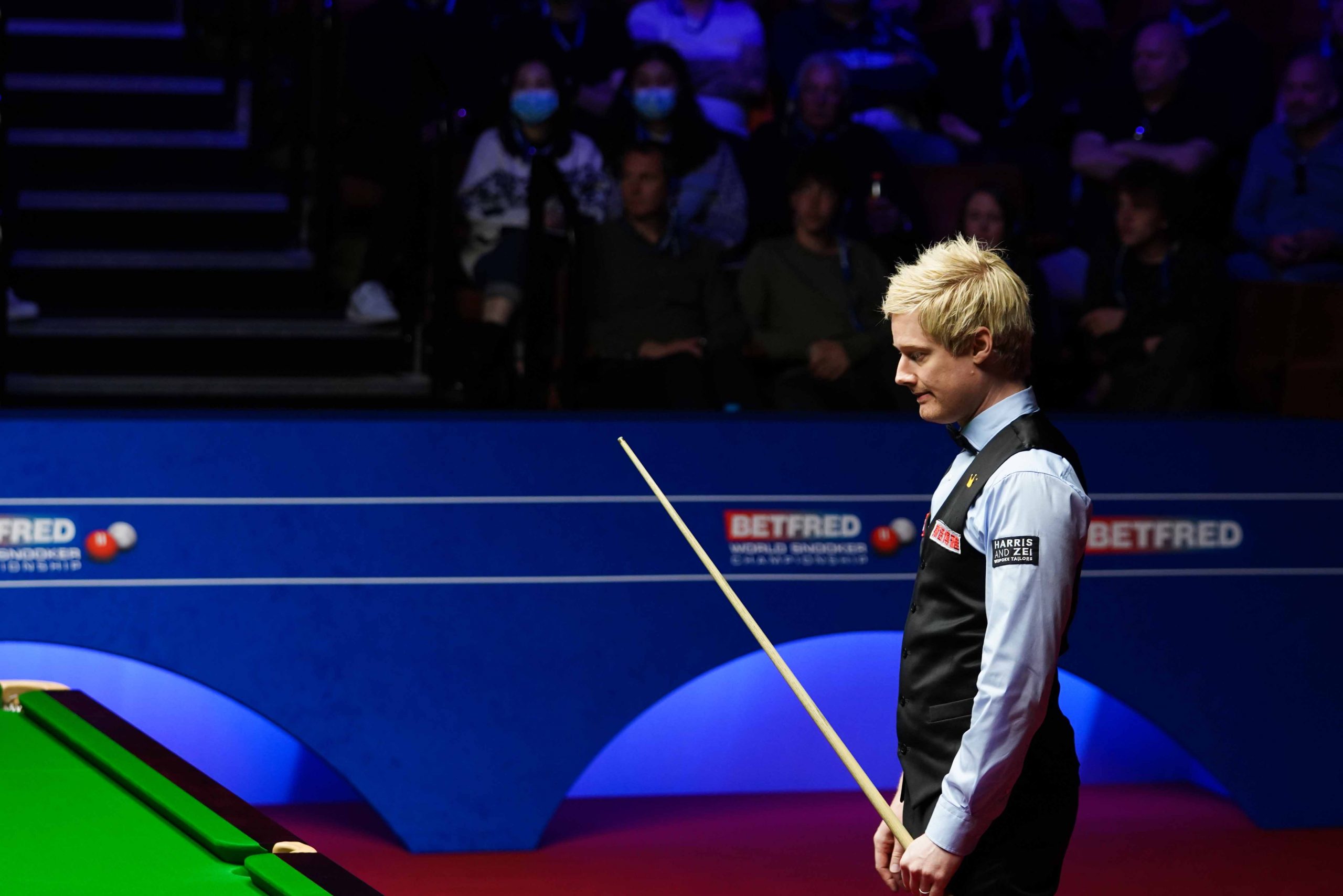 Robertson believes that replicating his exploits from last season will be difficult, but says that the scales of success will be heavily weighted towards his Crucible performance. He is determined that nothing stands in his way this time around.

“Losing at this year’s World Championship wasn’t a problem. It was an issue in the previous four or five years when I was playing on the back foot. I had a 50/50 blue in the decider against Jack and I went for it. Sometimes you miss them. If that went in then I probably would have won. It didn’t and Jack won. I had no problems losing on a positive shot.

“The only thing that will define my career now is more world titles. That is the main focus. I have to be more ruthless with the ticket situation and various other things. Next year I will do that to the point I won’t even have family there.  I will let someone else handle the tickets and if people can’t get hold of that person then tough. I want to go there and win the tournament. I don’t care about the occasion or the event.”