Murphy Storms Back To Tie Wilson 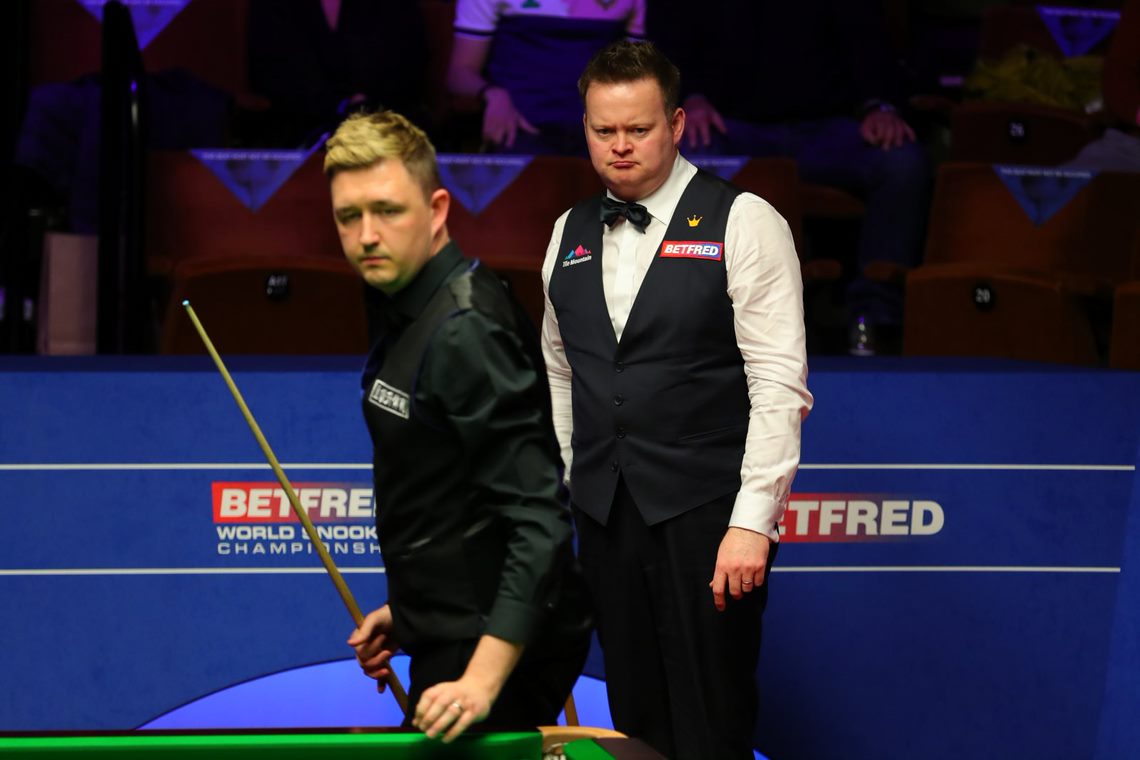 Shaun Murphy produced a superb session of snooker to come from behind and draw level with Kyren Wilson at 12-12 in their Betfred World Championship semi-final.

Murphy is competing in the semi-finals for the first time since being runner-up in 2015. Wilson won an epic last four clash with Anthony McGill 17-16 last year. The Warrior could be set for another classic finish when he and Murphy return to play this best of 33 encounter to a conclusion this evening from 7pm.

A fired up Murphy ended yesterday’s second session by claiming the last two frames to stay in touch at 10-6. He punched the air as he left the arena.

As play commenced this morning, last year’s runner-up Wilson appeared to have wrested back the momentum, taking a tightly contested opener to move 11-6 ahead. However, from there Murphy continued to force his way back into the match.

The Magician claimed a 37-minute second frame of the morning, to reduce his arrears to four. He then fired in a break of 79 to make it 11-8.

There was a dramatic 20th frame, which came down to a black ball fight, with Murphy taking on an ambitious long pot and depositing it to the yellow pocket to pull within two frames at 11-9. He once again punched the air with delight as he left a rapturous Crucible for the mid-session interval.

When play resumed, Wilson stopped the rot with a contribution of 86 to regain a three-frame cushion. That didn’t deter Murphy, who hammered home nerveless breaks of 120 and 76, on his way to claiming the last three of the session, to draw level at 12-12 and set up a huge evening of snooker.