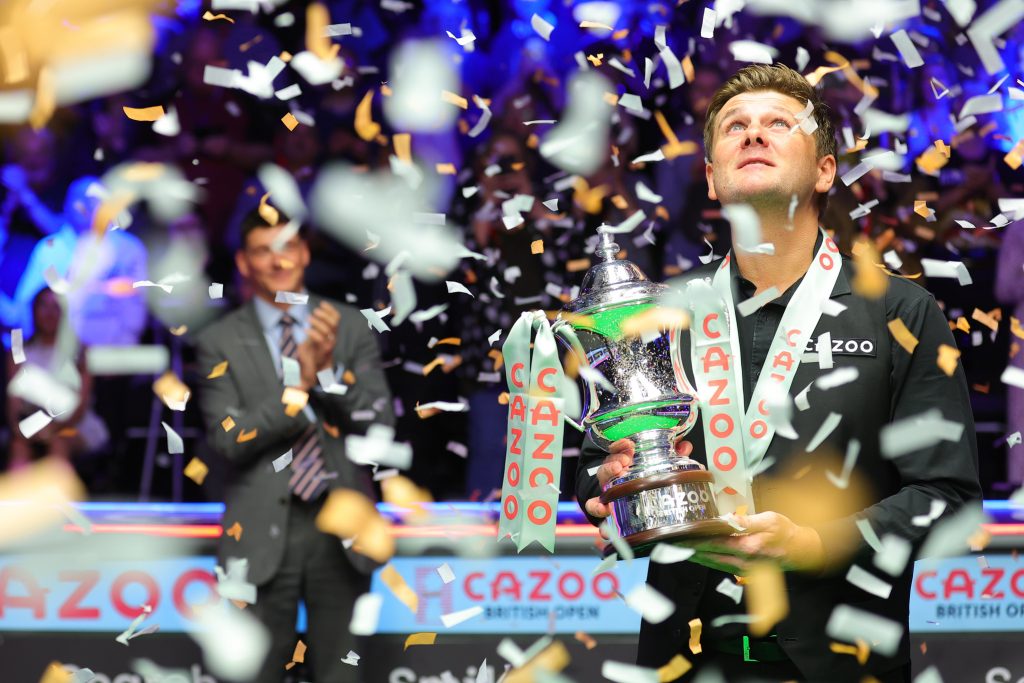 It wasn’t long after Ryan Day won the Cazoo British Open title last week, that life soon felt normal again. Travelling home from Milton Keynes, with the Clive Everton Trophy fastened to the passenger seat of the car and £100,000 in his back pocket, the Welshman picked up a cold. That left him with no choice but to replace any recognised celebratory beverages with a much-needed Lemsip.

The win was a significant one for Day. Having conceded his chances of claiming the title the night before, following a below-par semi-final performance against Robbie Williams, he stepped it up when it mattered, beating Mark Allen in the final 10-7.

It was the biggest payday of the 42-year-old’s career, lifting him back into the top 16 and all but cementing a return to Alexandra Palace for the Cazoo Masters in the New Year.

Day now has four ranking titles to his name – a tally to be proud of. So it was a surprise to hear him reveal thoughts of retirement, had he dropped off the tour this season. That outcome was certainly plausible, with Day set to lose his 2021 Snooker Shoot Out prize money in January. The Welshman was previously looking over his shoulder.

“I would have been 20-odd years a player and I think that would have probably been it for me,” he admitted. “But this win seems different than the others. It’s something that I’ve been proud of all week. I’m probably in a different place mentally and it’s adding up to a massive opportunity to push on over the next couple of years. It’s a bit of a sliding doors moment, who knows, wait and see.”

It’s amazing what impact one good week can have on a player’s career. Off the back of his success in Milton Keyes, the Bridgend-born potter has jumped up 14 places in the rankings and finds himself having to check whether pre-booked winter holidays will clash the Cazoo Champion of Champions.

A tournament win early in the season is something Day has experienced before. He referenced the Riga Masters title in 2018, which propelled him to two further victories and a UK Championship semi-final that season. While he hopes his most recent success can have a similar impact, the boyhood Manchester United fan is conscious not to rest on his laurels.

“Winning relaxes you a little bit,” believes Day. “So hopefully the shackles coming off will allow me to enjoy the next few months, feel freer and allow me to perform better in matches. But, I’ve got to step it up on the practice table now and get my teeth into that. It’s a massive boost that’s come early in the season and something I’m striving to build on.

“Confidence is such a fickle thing. It takes hours and hours and hours to build confidence. And you can shatter it in one or two minutes. There are so many players that have had great careers and you see them struggling now. But they’re not really any different to when they were at their peak. It’s just that little bit of inner belief and being able to stay calm in the moment. Luckily, I was able to do that on Sunday.” 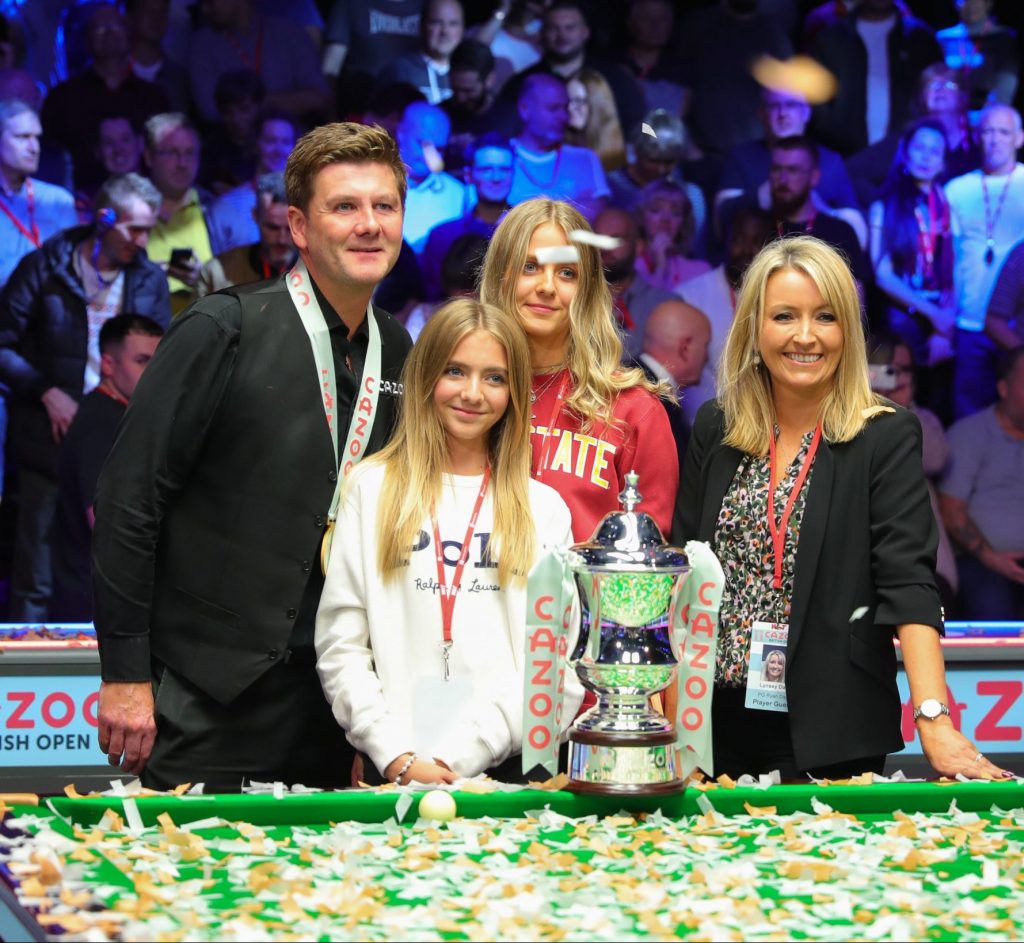 For the first time in his career, Day was joined by his wife Lynsey and daughters Francesca and Lauren in the arena for the post-match celebrations. Such moments are precious, especially for Day. Yet for his family, you can’t blame them for allowing their minds to drift a little. After all, Dad had just banked £100,000.

“When you’ve got a wife and two daughters then you always need a couple of quid behind you!” joked Day. “We’ve got a trip to New York in December, so it’s gone a long way to paying for that. My daughter’s of the age where she’s learning to drive so you never know what’s around the corner in terms of expense.”

What the future holds for Day, we’ll have to “wait and see”. He certainly cuts a reinvigorated figure, having shaken off his cold. And lifting the trophy ten days ago meant a lot to him. Having his family by his side to witness it, meant more.

“My little one made a bit of a funny comment during the final in the players’ lounge. She said to my wife, ‘Mummy, Daddy’s not too bad at snooker is he?’

“I woke up on the Monday after with immense pride. It’s given me a big boost. I’ve won tournaments before, but I haven’t had the family around and people to share it with. That wasn’t the case this time. Everybody made the journey up and it was a really special moment, one that will live long in the memory.”