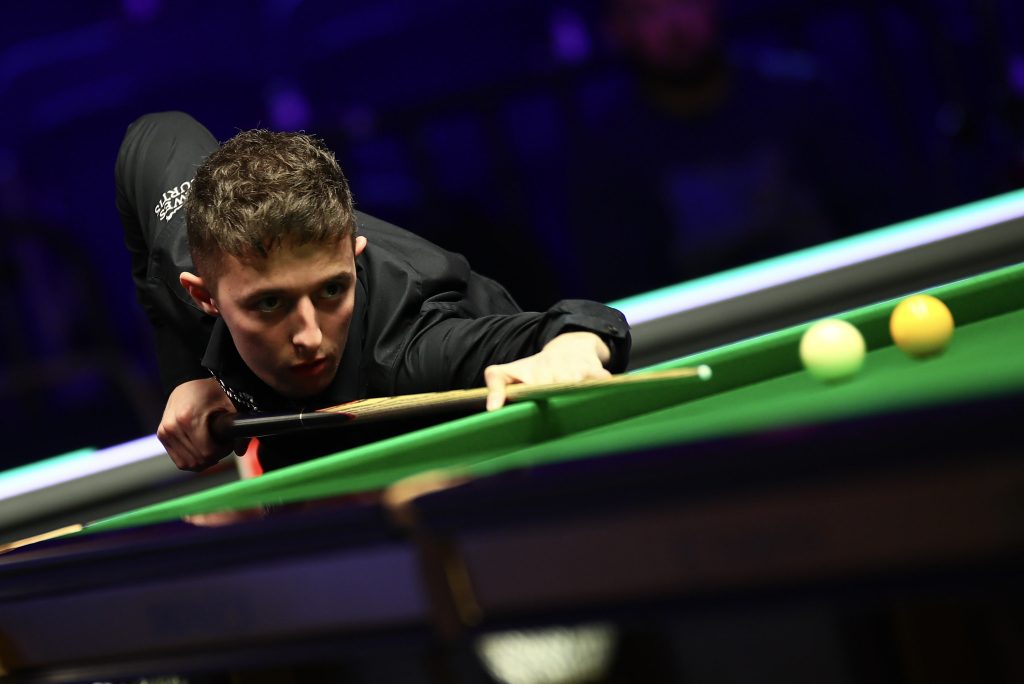 All snooker players must get used to a kick in the teeth from time to time – in a proverbial sense. But for Joe O’Connor that also applies literally as, away from the baize, he practises mixed martial arts several times a week.

World number 62 O’Connor is a firm believer that physical fitness helps a healthy mind. He took up kick-boxing at the age of 15 and later moved on to MMA, which also includes jujitsu, wrestling and boxing.

“I love it all,” smiles the 25-year-old from Leicester. “The sparring is not too tough, we take it easy because I wouldn’t want to get injured. It still feels good when you catch someone, but you can’t dwell on it because you might get it back yourself.

“I find it helps on the mental side because it completely takes my mind away from snooker. It’s like pressing a reset button – then when I come back to snooker I am fresh. I don’t want to be thinking of snooker 24 hours day.”

O’Connor is natural all-round sportsman – he was a talented footballer in his early teens, while on the junior pool circuit he won a host of titles. He didn’t swap to snooker until the age of 17, and within a few years he was English Amateur champion and had earned a place on the pro tour.

During his debut season, O’Connor reached the semi-finals of the 2019 Welsh Open, beat John Higgins twice and was named Rookie of the Year. Since then his progress has been steady rather than spectacular, but he is optimistic about his development.

“Last season was my best in terms of consistency,” said O’Connor. “Hopefully I can keep improving as a player and push on. As I was a late started in snooker I may be behind other players in terms of experience, but that will come with time.”

O’Connor could barely have a better pool of practice partners to learn from. He shares a unit with Tom Ford in Leicester, and regularly travels around the Midlands snooker hot-bed to play the likes of Mark Selby, Louis Heathcote, Michael Holt, Chris Wakelin and David Gilbert.

“It’s great practising with Tom because he has so much natural talent,” said O’Connor. “If I’ve been playing on my own for a couple of weeks over the summer, he’ll come in having not picked his cue up for ages and he’s still better than me. I played him in the quarter-finals of the German Masters last season, he beat me 5-1 and taught me a lesson. I don’t think he has shown everyone how good he could be yet. I don’t get the chance to play Mark Selby often, but when I do I take as much as I can from it.

“I’m really looking forward to the new season. My long term ambition is to get to number one in the world, but that can only happen by trying my best on one shot at a time.”