Many dream of going – even Barry Hearn has it on his bucket list. But only one snooker player has been to the club where it all began.

The Ooty Club in Tamil Nadu, southern India is where Sir Neville Chamberlain first laid down the rules of snooker and played it extensively in the 1880s, having invented the game at his previous posting in Jabalpur in 1875.  Somewhat remote, Ooty is high up in the beautiful Nilgiri Mountains, 7,000 feet above sea level. And even if one can make it to the town, the club itself is so exclusive that it is known locally as ‘Snooty Ooty.’

So it is perhaps not surprising that so few current or former professionals have stood on its hallowed floorboards. The one exception is 1985 World Champion Dennis Taylor, who visited the club while filming The Real Marigold Hotel for the BBC in 2017. The series saw Taylor joined by celebrities including Lionel Blair, Bill Oddie and Paul Nicholas as they travelled around India. 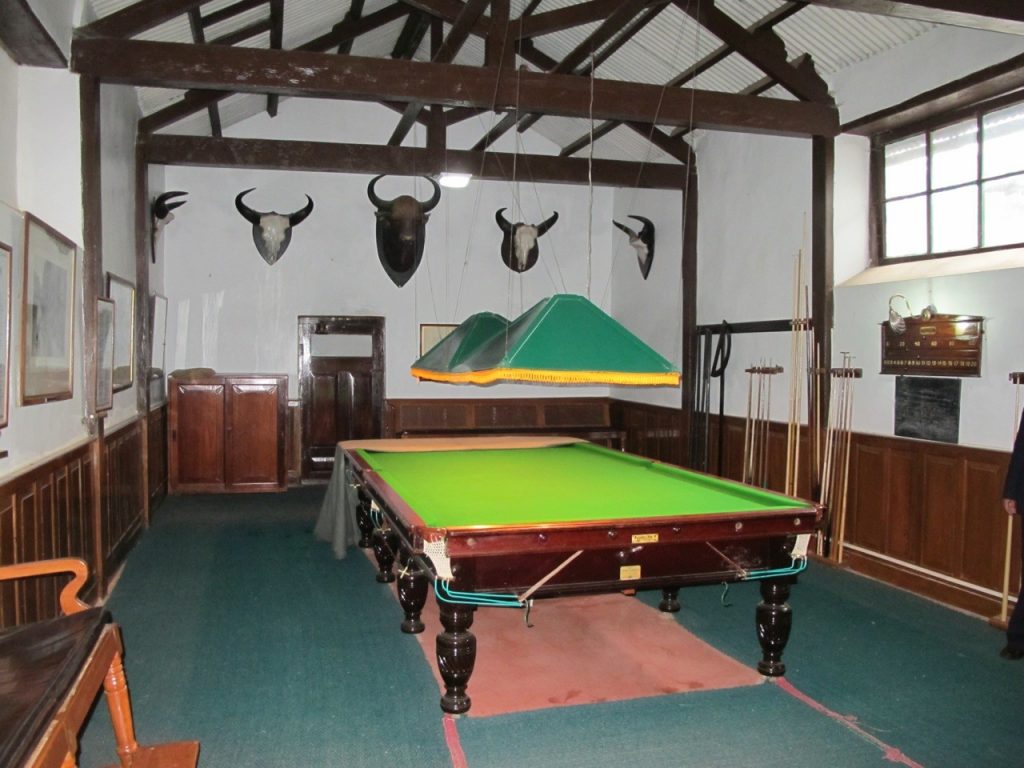 The historic snooker room at the Ooty Club. Thanks to John Gaye for the picture

Undoubtedly the highlight for Taylor was the trip to Ooty, where he was shown around the club and played on the very table on which Chamberlain and his officer chums potted balls over 130 years earlier.

“It was a great four weeks on India but that was the absolute icing on the cake for me,” recalls the former Crucible king. “The sense of history was very strong, to see the artefacts they have including the letter from Sir Neville setting out the rules in a glass case. I remember being quite emotional when I went inside and saw the snooker table. To be the first and only World Champion to have visited the club is something really special.

“It was a long journey to get there. We took a train and then a coach trip up the mountain, on a road with 36 hairpin bends. Let’s just say we were all relived to get to the top. In fact as we were on our way up we didn’t know whether we would be allowed to film inside the club. They had agreed to show me around but not to let cameras through the door. There were a lot of frantic phone calls made while we were on the coach. Then we finally got permission and a big cheer went up.

“The club secretary who showed us around, Jimmy, was a terrific character and I played a frame against him. Paul Nicholas was there as well and the idea was at the end he would put my glasses on and pot the black I potted in the 1985 final. He could barely see through my glasses so we had to put the black so close it was virtually in the pocket.

“We didn’t have time to look around the town of Ooty itself but it seemed like a lovely place, and it was 18 degrees cooler than the temperature at the bottom of the mountain, so an ideal climate. I always enjoyed the trips to India  when I was a professional. The people are so friendly and I always got on well with them.”