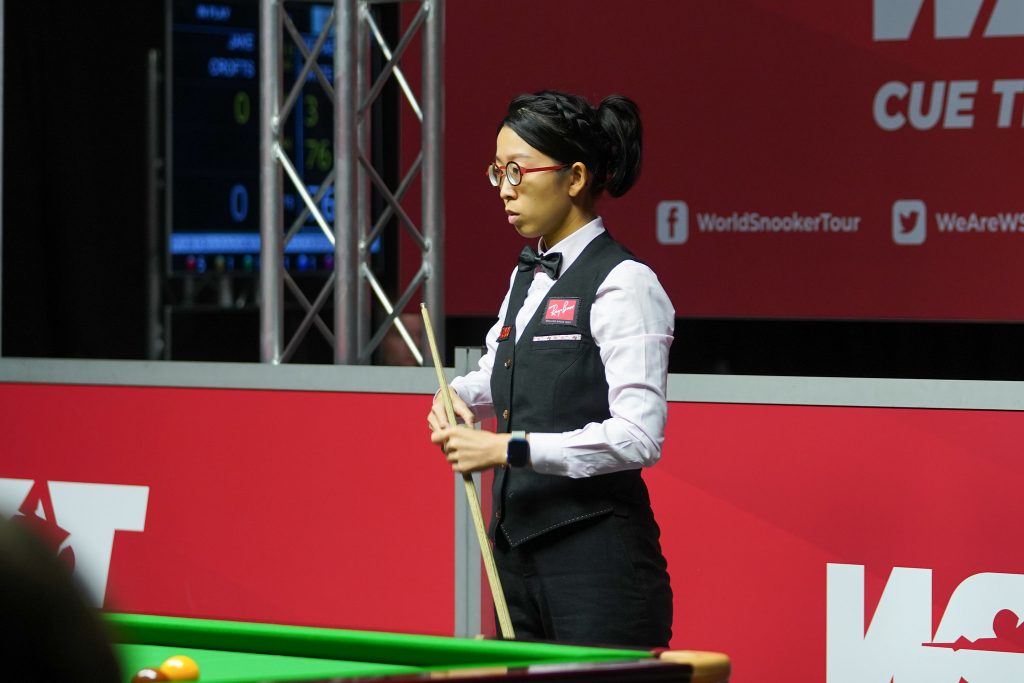 Ng On Yee became the first woman to win a match in a Triple Crown event for five years with a 6-4 victory over Jenson Kendrick in the first qualifying round of the Cazoo UK Championship.

All results / How to watch / Tickets

The win is On Yee’s third on the pro tour in 2022, having beaten Wu Yize in last season’s Welsh Open qualifiers and knocked Ken Doherty out of the recent Cazoo British Open. Tonight’s success is her first in a Triple Crown event and the first by a woman since Reanne Evans beat Robin Hull in the 2017 World Championship qualifiers.

The 31-year-old Hong Kong ace goes through to the second round in Sheffield to face former UK Champion Matthew Stevens on Sunday evening. She needs three more wins to reach the final stages in York, which start on November 12.

A break of 91 gave On Yee the opening frame and she later led 4-2. Tour rookie Kendrick recovered to 4-4, then On Yee regained the lead before the match was hauled off at the end of the afternoon session. When they resumed this evening, frame ten came down to the colours, and world number 101 On Yee potted green, brown and blue to cross the winning line.