O'Sullivan And Ding Still All Square

Ronnie O’Sullivan and Ding Junhui are tied at 8-8 going into the final session of their Betfred World Championship second round clash. 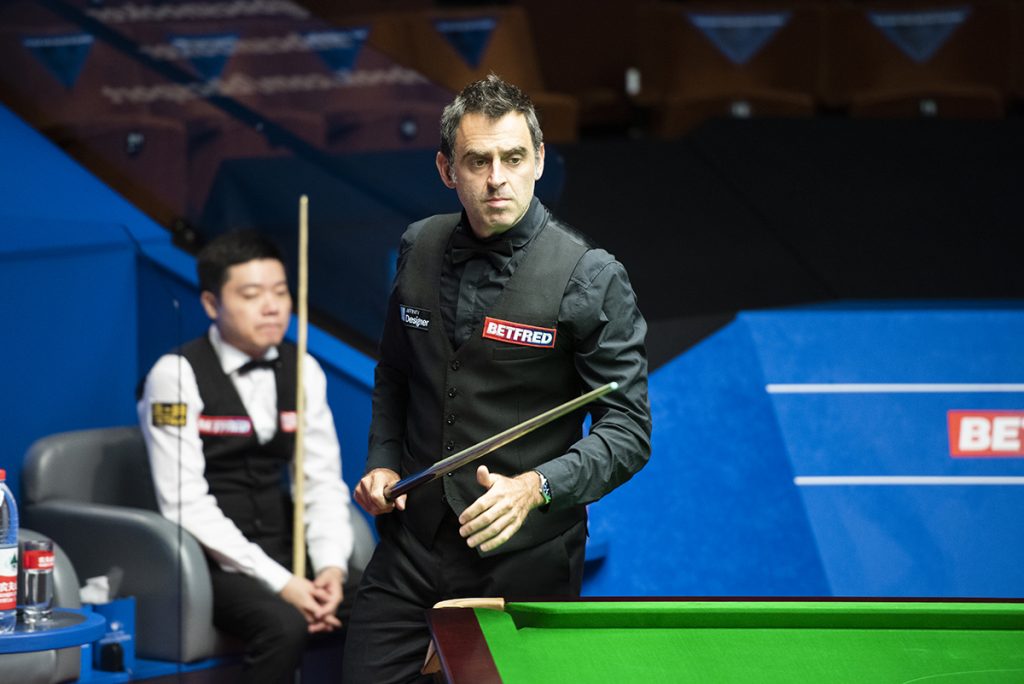 Having started the second session at 4-4, the pair shared the eight frames again, leaving the match perfectly poised. They return at 7pm on Sunday with first to 13 frames to go through to the quarter-finals to face Mark Williams.

O’Sullivan is targeting his sixth world title, though he hasn’t been past the quarter-finals since he lost to Mark Selby in the 2014 final. China’s Ding is aiming to become the first Asian winner; the closest he has come was runner-up spot to Selby in 2016.

A scrappy opening frame today went O’Sullivan’s way, then Ding hit back with breaks of 64, 118 and 101 to lead 7-5.  The high scoring continued after the interval as O’Sullivan turned the tide in his own favour with 90, 89 and 73 to take three frames within 35 minutes. In the last of the session, Ding made 41 and 53 to restore parity. 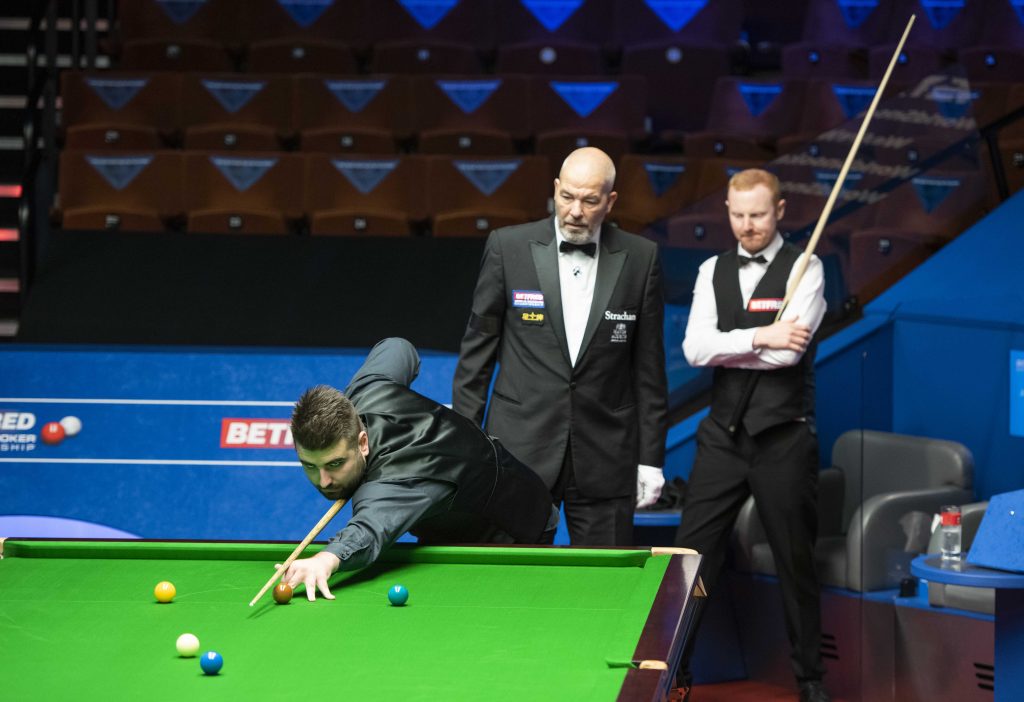 On the other table, Anthony McGill came from 8-2 down against Jamie Clarke to within a frame at 8-7.  The battle between two qualifiers is finely poised going into the final session on Sunday evening, with Kurt Maflin awaiting in the quarter-finals.

World number 89 Clarke, the lowest ranked player in the field, led 6-2 overnight and stretched his lead today by taking the opening frame with a run of 77 and the second with a green to black clearance.

There was a brief debate between the two players towards the end of frame ten, McGill appearing to feel that Clarke was standing in his eyeline on a shot. Referee Jan Verhaas stepped in and the action resumed.

Glasgow’s McGill then fought his way back into the contest, taking five frames in a row with top breaks of 41, 46, 42 and 47. The session was brought off a frame early, and 2015 Crucible quarter-finalist McGill will hope to continue his momentum when they return.