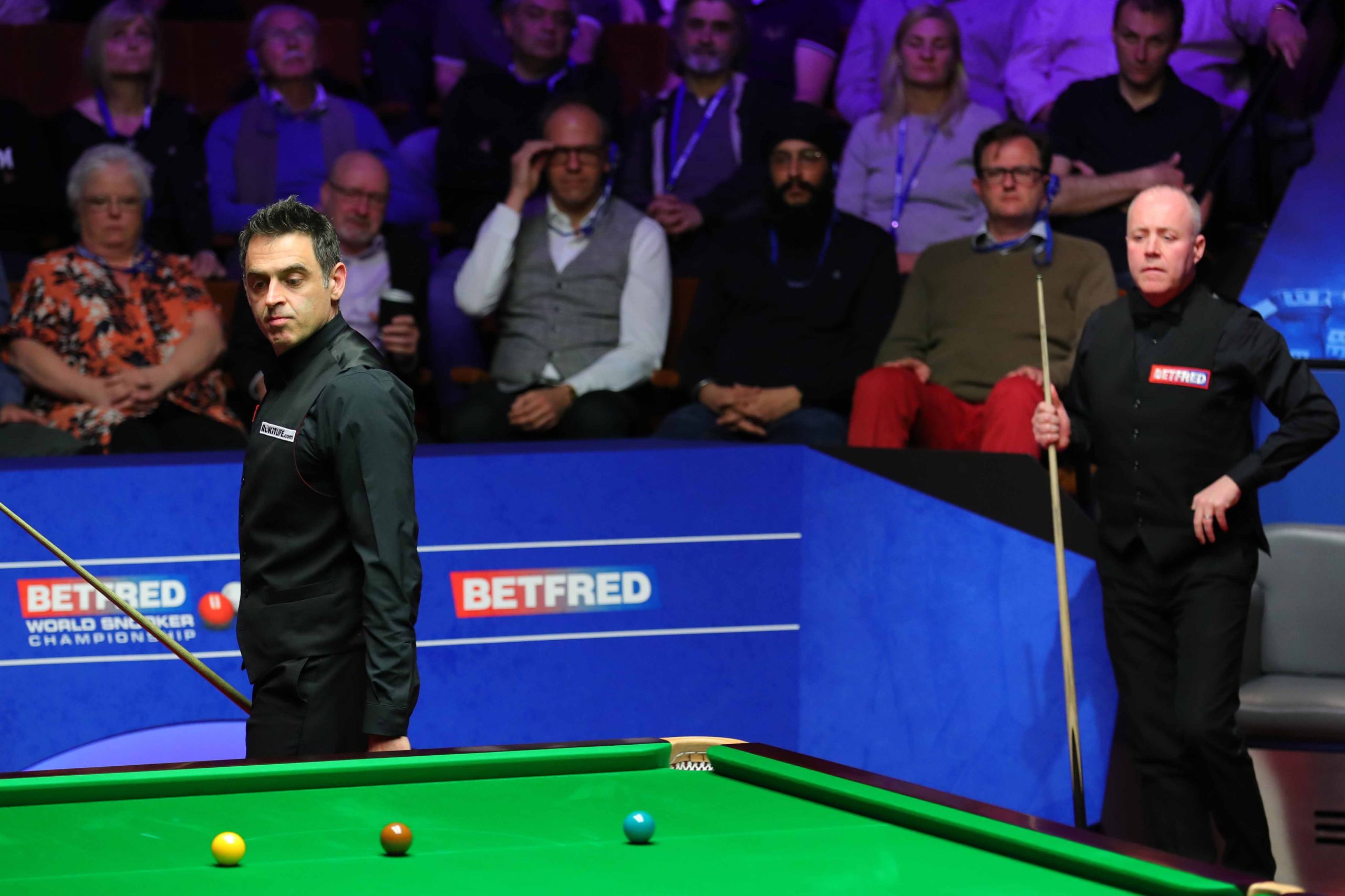 World number one Ronnie O’Sullivan and John Higgins ended the opening session of their Betfred World Championship semi-final tied at 4-4.

The blockbuster showdown sees two thirds of the Class of 92 face off on the sport’s biggest stage for the sixth time. The last time they met in the World Championship was back in 2011, when 31-time ranking event winner Higgins defeated O’Sullivan 13-10 en route to winning the most recent of his four world titles

Scotland’s Higgins has won five out of the six most recent meetings with 38-time ranking event winner O’Sullivan. However, it is the Rocket who leads the overall head-to-head standings 36-33.

O’Sullivan is aiming to make history this week, by landing a record equalling seventh world title to draw level with Stephen Hendry.

The pair emerged this evening to a standing ovation and a rapturous reception from the capacity Crucible crowd. Both players seemed nervous in the opening exchanges and spurned early chances, but it was Higgins who eventually took to the front. The 31-time ranking event winner then crafted runs of 50 and 58 on his way to establishing a 3-0 lead.

O’Sullivan made an important break of 70 to head into the mid-session just two behind at 3-1 and when play resumed he continued to force his way back into the tie. A break of 54 in the fifth frame and a stunning century contribution of 116 in the sixth restored parity at 3-3.

The Rocket had taken control of the seventh frame, but fell out of position when developing the final red and broke down on 55. Higgins eventually won the ensuing safety battle on the final red and cleared to regain the lead at 4-3. O’Sullivan turned on the style in the last frame of the evening, crafting a century break of 107 to ensure they ended all-square.

They return for the second session of this best of 33 encounter tomorrow afternoon at 2:30pm.