Two days after his memorable defeat against Jordan Brown, Ronnie O’Sullivan got back to winning ways with an exciting 6-5 win over Ding Junhui to reach the quarter-finals of the Cazoo Players Championship. 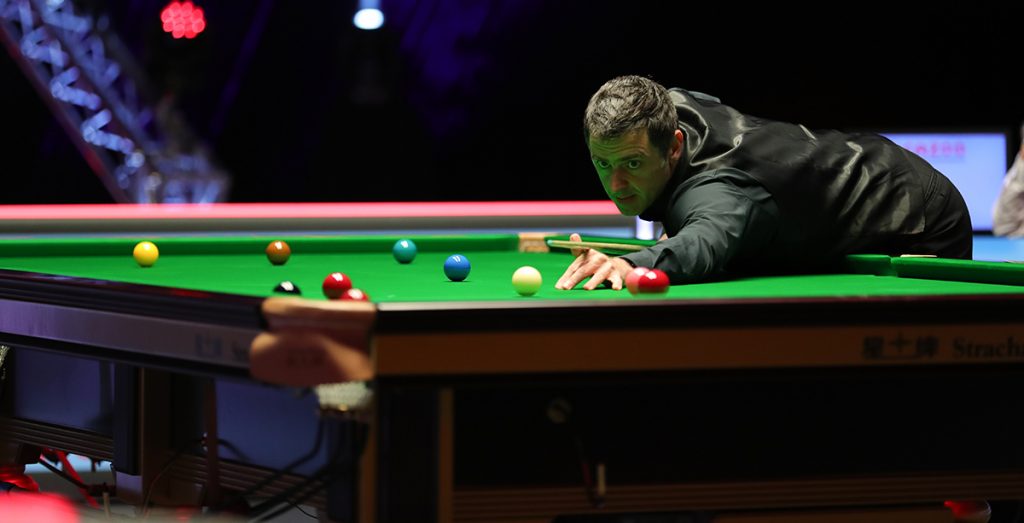 O’Sullivan has met Ding three times this season and won in a deciding frame on each occasion.

O’Sullivan was edged out 9-8 by Brown in the BetVictor Welsh Open final on Sunday night and is still waiting for his first title since conquering the Crucible six months ago. He might have lost another close battle tonight but conjured a brilliant break of 95 to win the deciding frame in typical style.

The Rocket moved a step closer to a third Players Championship title since 2018, and set up a tantalising clash with Jack Lisowski on Thursday night.

After sharing the first six frames tonight, O’Sullivan made breaks of 58 and 103 to go 5-3 ahead. Ding took the ninth with a 53 for 5-4 and led 67-0 in the tenth. O’Sullivan had a chance to clear for victory, but over-screwed position from the yellow then missed a tricky green. He threw the rest to the carpet in frustration, having allowed Ding to clear for 5-5.

“It felt tough at times, but I stuck in there because I want to be in the tournament,” said 37-time ranking event winner O’Sullivan. “I tried to forget about poor shots and focus on the next one. I like playing Ding because you can get into a good rhythm. A 5-3 I felt I would get at least one chance, then at 5-5 I was thinking ‘here we go.'”

Asked whether it was tough to bounce back from Sunday’s defeat, O’Sullivan replied. “The way I see the tour is that it’s like one continuous tournament. I don’t separate the events. I’m in round 38 at the moment! I just go out and play each day.”

Looking ahead to his match with Lisowski, 45-year-old O’Sullivan added: “He’s on an upward curve and I’m heading downward, we have had close matches before. He is very talented and has found his feet.”