Matthew Stevens had a pot success rate of 98% as he scored a stunning 4-1 win over World Champion Ronnie O’Sullivan in the third round of the Matchroom.Live English Open. 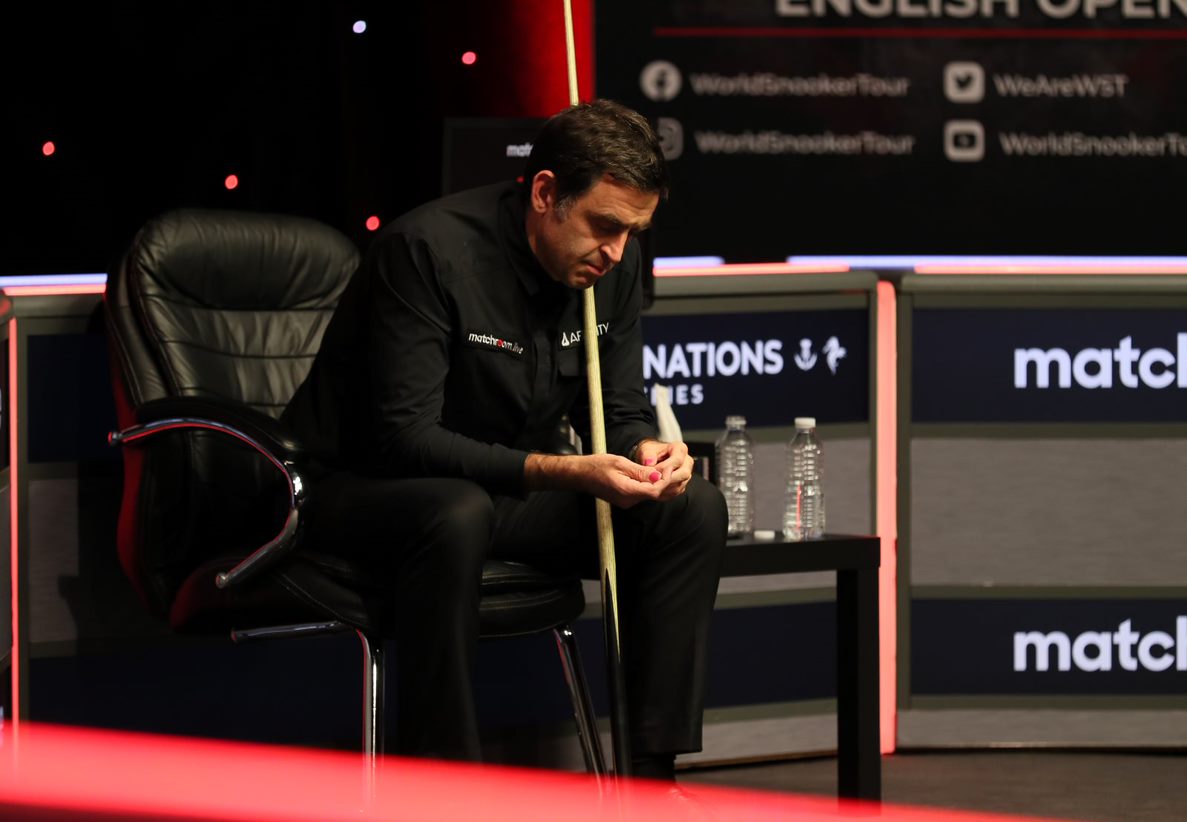 O’Sullivan was outplayed by an inspired opponent as former UK and Masters champion Stevens stormed into the last 16 and a match with fellow Welshman Jak Jones.

Breaks of 58 and 73 gave Stevens the first two frames. O’Sullivan pulled one back but spent most of the rest of the match in his chair as his opponent compiled runs of 51, 54 and 116.

It has been a slow start to the season for O’Sullivan – he lost in the last 64 of the BetVictor European Masters to Aaron Hill and pulled out of the BetVictor Championship League. After today’s match he said: “Matthew played much better than me. He has won big tournaments and he’s still a great player. I didn’t deliver and I’m just disappointed with that because the bottom line is I just want to play well.”

Judd Trump came from 3-1 down to win 4-3 for the third time in a row, beating Michael Holt. World number one Trump has scored 4-3 wins over Louis Heathcote, Yuan Sijun and Holt this week, each time taking the last three frames. He now meets Gary Wilson on Thursday night for a place in the quarter-finals.

Holt had several chances from 3-1 to land a major scalp but couldn’t take advantage and Trump recovered to 3-3 with breaks of 77 and 70, before taking the decider in three scoring visits.

“Michael played well at the start. He had chances to win and I was lucky that he made mistakes,” said Bristol’s Trump. “We both got twitchy in the end. I have struggled to get going this week but from now I will have to up my game. Gary Wilson is a very dangerous opponent.”

The key moment came in frame six when Liang, leading 3-2, was close to the winning line when he missed a tricky red along a side cushion on a break of 54. Selby made a brilliant 56 clearance to win the frame by a single point for 3-3, then took the decider with runs of 38 and 41.

World number four Selby has now won 19 consecutive best-of-seven frame matches in Home Nations events. He’ll aim to make that 20 on Thursday evening when he faces Iran’s Hossein Vafaei, who celebrated his 26th birthday with a 4-2 defeat of Jamie Clarke.

China’s top player Ding Junhui has been in excellent form this week and he came from 2-0 down to beat Tom Ford 4-2 with top breaks of 50, 112 and 90. He now faces John Higgins who saw off Jimmy Robertson 4-1.

Crucible finalist Kyren Wilson top scored with 100 in a 4-1 win over Xu Si. Anthony McGill hadn’t hit a ball until this morning, having received byes through the first and second round, but looked sharp as he beat Steven Hallworth 4-0 with top runs of 124 and 84.