Ronnie O’Sullivan came from 3-0 down to win six frames in a row against David Gilbert, taking a 6-3 lead in the first session of their Betfred World Championship clash. 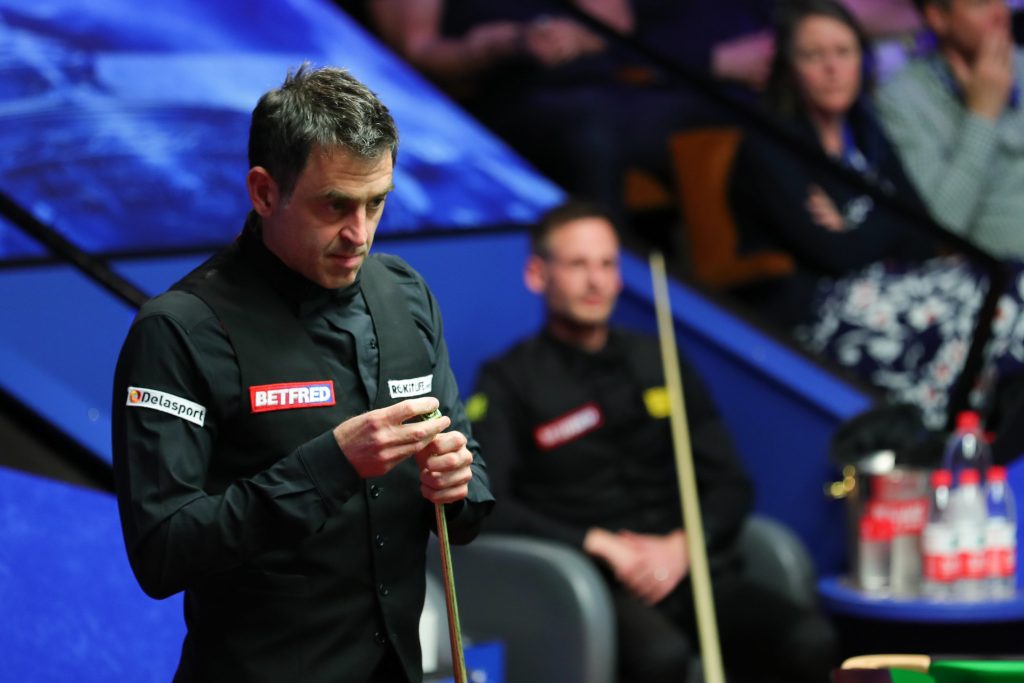 O’Sullivan has captured one title so far this season, the Cazoo World Grand Prix in December

Gilbert will rue missing chances to put more pressure on his illustrious opponent, as O’Sullivan recovered from a slow start to take control of this first round Crucible clash. They resume on Sunday at 2.30pm with first to ten frames to reach the last 16.

Six-time champion O’Sullivan needs one more title to match Stephen Hendry’s record of seven, and comes into the tournament on top of the world rankings. Gilbert, a semi-finalist here in 2019, was considered a tough opening draw, though O’Sullivan has won all six of their previous meetings.

Breaks of 56 and 94 gave Gilbert the first two frames. The third came down to the colours and O’Sullivan missed a tough green to a baulk corner, leaving his opponent the chance to go 3-0 ahead. O’Sullivan got going with a 122 to pull one back, then in the fifth he trapped Gilbert on a difficult snooker on the last red, and from the chance that followed he narrowed the gap to 3-2.

Trailing 32-23 in frame six, Gilbert failed to convert a long red, and handed O’Sullivan an opening to add a run of 64 to square the match. A superb break of 104 gave O’Sullivan the lead at 4-3, and when his opponent missed a black off its spot on 25 in frame eight, he cleared with 66 to build his momentum. The last frame of the session was dominated by O’Sullivan, helped by a run of 54, to establish a handy overnight cushion. 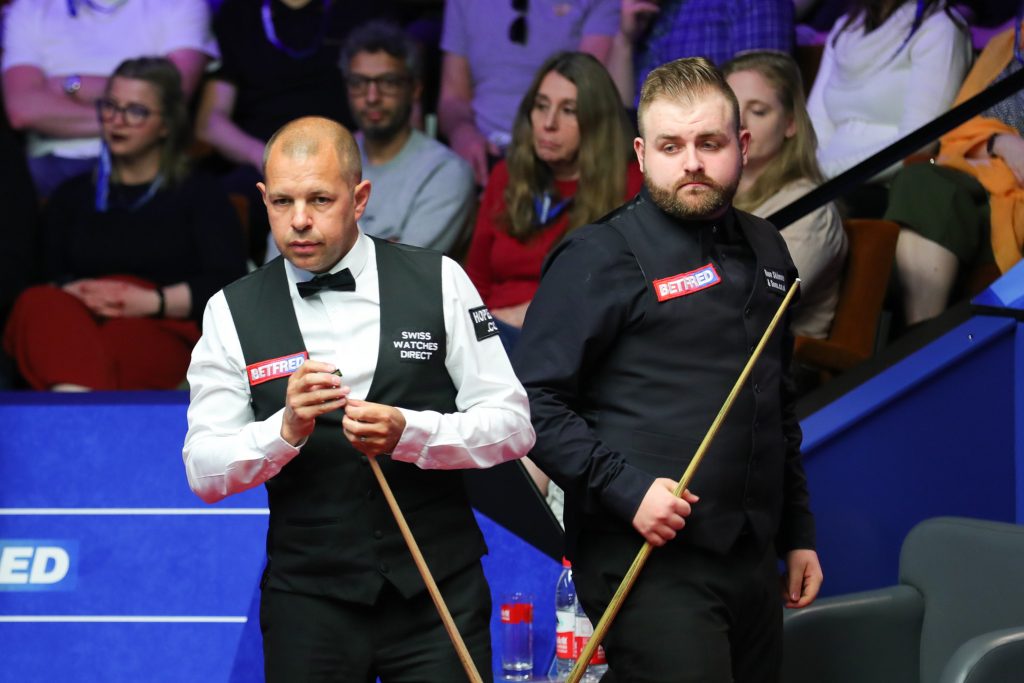 On the other table, Crucible debutant Jackson Page is on course to register an early shock in the tournament as he leads former finalist Barry Hawkins 6-3.

Welsh 20-year-old Page won four matches to qualify for the tournament and has already shown his potential on the main stage in Sheffield, making a century and six more breaks over 50.

In the last frame of the session, Hawkins trailed by 29 points on the yellow but got the snooker he required on the green. Page missed a thin clip on a long blue, and Hawkins converted excellent pots on blue, pink and black to raise his hopes of a fight-back. They return to the baize at 7pm on Sunday.