O'Sullivan - It's Weird With No Crowd

Ronnie O’Sullivan admits he’s still getting used to playing in tournaments behind closed doors, but on the table he was too good for Ryan Day as he won 4-1 to reach the third round of the Matchroom.Live English Open.

O’Sullivan felt the warmth of the Crucible crowd in August when he won the World Championship for the sixth time, but since then all events have been played without live fans. Players who usually thrive on the atmosphere have had to adapt. 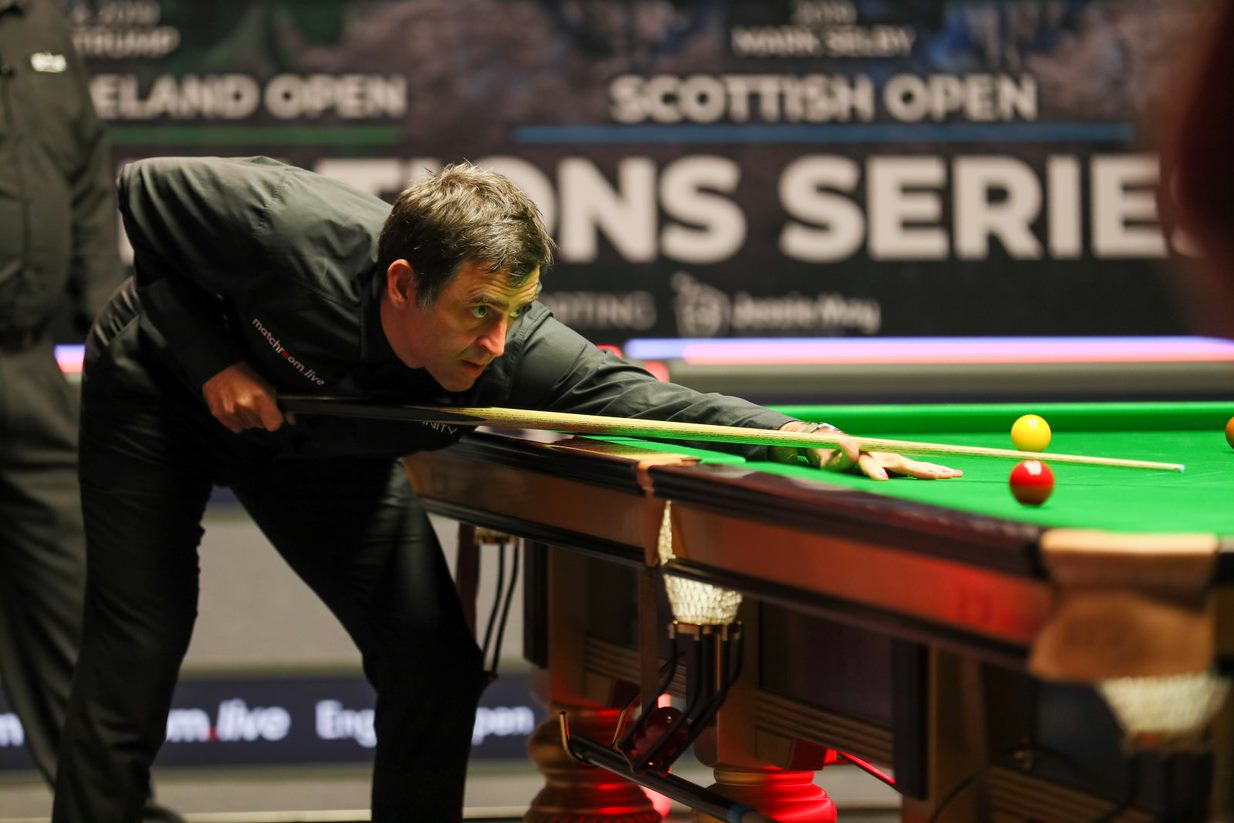 Breaks of 68 and 56 gave O’Sullivan the first two frames today, before Day pulled one back with a 105. O’Sullivan made a superb 39 clearance to lead 3-1 then finished the match in frame four with tremendous pots on the green, brown and blue.

“I played ok,  I missed a few balls,” said 44-year-old O’Sullivan, who now meets Matthew Stevens in the last 32. “It’s weird with no crowds, certain players need an atmosphere to get up for it. When you play a good shot you excite yourself and you don’t need the crowd to get you going. But when you are struggling you need a crowd to force you to find something. We’ve got to get used to it.

“I’m still looking for a cue action, I think as snooker players that all we really do. We’re always trying to find a way to do try to hit solid shots and play in an efficient mode.”

World number 91 David Lilley scored a shock 4-3 victory over eighth seed Shaun Murphy. From 2-0 down, Lilley made breaks of 119 and 116 in getting back to 3-3, then got the better of a scrappy decider to register the best win of his career.

Defending champion Mark Selby was pushed all the way by China’s up-and-coming Chang Bingyu. Selby trailed 2-0 and 3-2 but made breaks of 74 and 125 in the last two frames to win 4-3.

John Higgins eased to a 4-0 win over amateur Connor Benzey with a top break of 97.