Wilson came from 8-2 behind to narrow the gap and looked set to draw within one frame until he missed the last red in frame 17. O’Sullivan struggled with his technique for much of the day but is still in front and edging closer to a sixth Crucible crown. First to 18 frames on Sunday will take the trophy and £500,000 top prize. 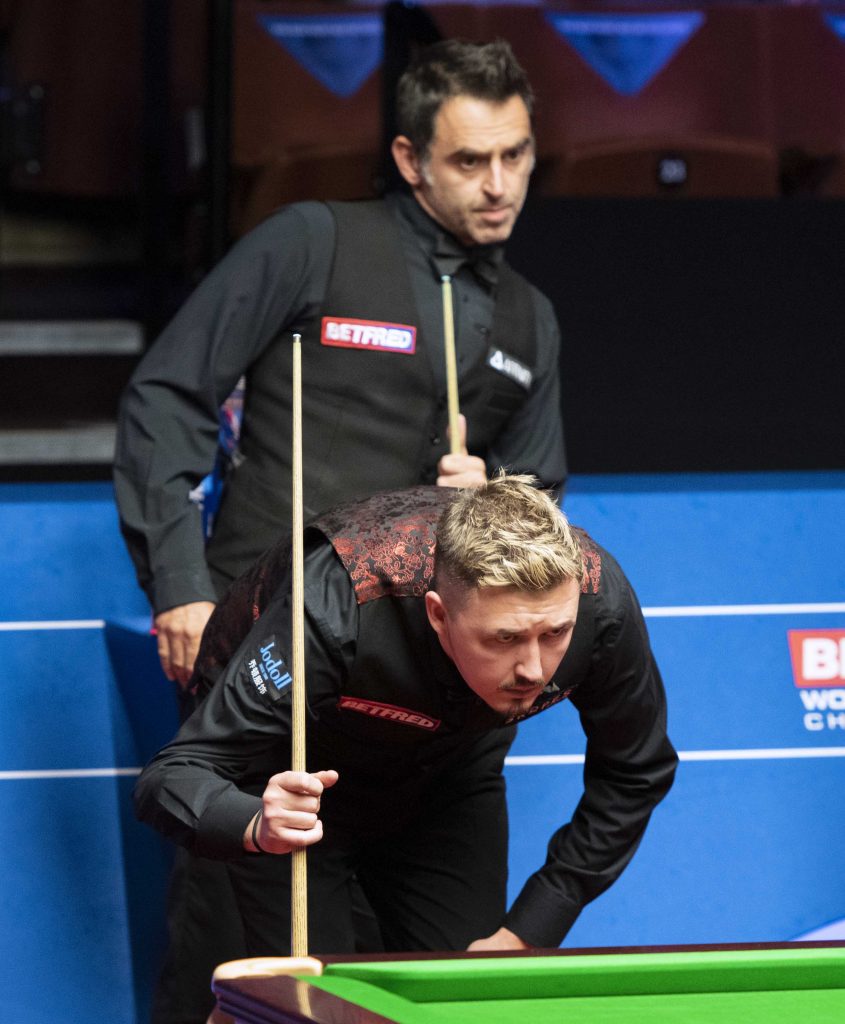 Wilson trailed 6-2 going into the second session and had first chance in the opening frame tonight, making 53 before running out of position. After a safety exchange, O’Sullivan made an excellent 49 clearance to extend his lead. A run of 51 in the next put him 8-2 ahead.

Kettering’s Wilson, playing in his first Crucible final, got his cue arm going in frame 11 with a break of 92. A run of 50 from Wilson in the 12th left O’Sullivan needing a snooker. He laid a tough one on the green, and Wilson played one of the best shots of the match so far to swerve between brown and blue and make contact with the object ball. He later potted the green to close to 8-4 at the interval.

Wilson’s run of 40 put him in charge of frame 13 and he sealed it with an excellent long pot on the penultimate red. Breaks of 28 and 58 in the next saw him draw within two frames at 8-6. In the 15th, Wilson was among the balls, trailing 29-17, when he was unlucky to knock a red in when splitting the pack off the blue.  O’Sullivan capitalised on the chance with a run of 48 to end a sequence of losing four frames in a row.

A failed attempt at a long red from O’Sullivan let Wilson in for a break of 100, his first century of the match, to go 9-7. In the last frame of the session, Wilson had a chance to clear from 29-40 behind, and got to the last red before missing a tricky pot along the top cushion. O’Sullivan gratefully accepted the chance to take a three-frame overnight lead.

They resume on Sunday at 1.30pm for eight more frames.