O’Sullivan On The Verge - World Snooker 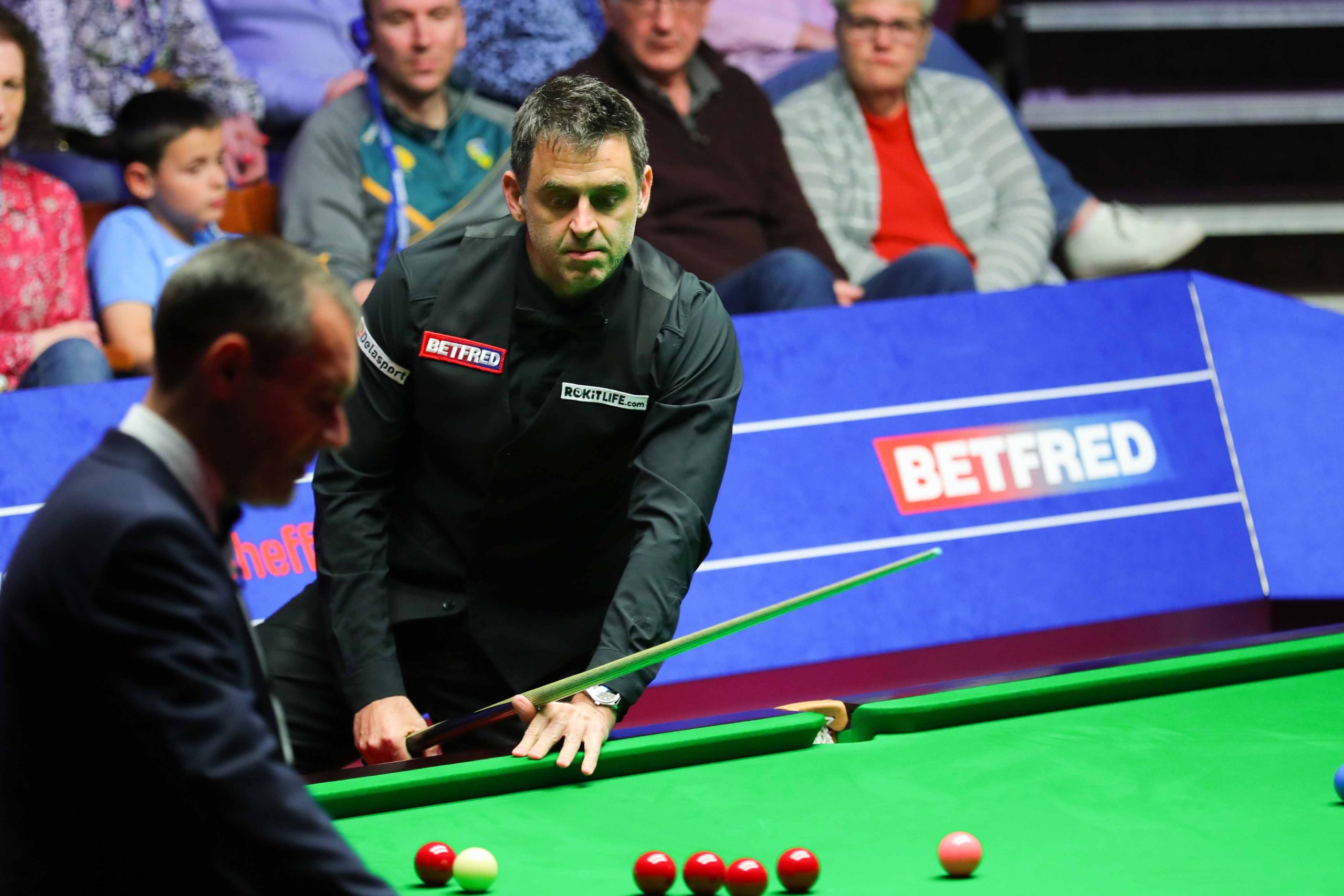 World number one Ronnie O’Sullivan is on the cusp of a quarter-final spot at the Betfred World Championship, after moving 12-4 up on Mark Allen following their second session.

The Rocket requires just one frame for a 20th Crucible quarter-final appearance, which would be a new record and move him ahead of Stephen Hendry. Victory would also eclipse Hendry’s record of 70 match wins at the Theatre of Dreams.

The only previous meeting between Allen and O’Sullivan in the World Championship came 13 years ago back in 2009. On that occasion Northern Ireland’s Allen won 13-11 en route to the semi-finals. O’Sullivan looks to be on course to avenge that defeat this time around.

O’Sullivan put on a superb display in this morning’s first session to gain a 6-2 stranglehold on proceedings. It was 2018 Masters champion Allen who took the first frame of the evening to spark his hopes of a fightback. However, six-time World Champion O’Sullivan began to turn the screw and breaks of 67 and 88 moved him 8-3 ahead.

The 12th frame left the Sheffield crowd anticipating a potential maximum break, when O’Sullivan deposited 11 reds and 11 blacks. He nudged a red safe on the cushion and a failed attempt at a double ended his run on 88.

A clearance of 53 then saw O’Sullivan steal the 13th on the black and kept alive his chances of wrapping up the tie a session early. Those chances were quickly extinguished when Allen fired in a fine century run of 110 to make it 10-4.

O’Sullivan came from 49 points down to win the penultimate frame and 30 points behind in the final frame, where he made a century run of exactly 100, to end one from the win at 12-4.

They will return for the concluding session of this best of 25 encounter tomorrow at 2:30pm.