Ronnie O’Sullivan began his quest for an eighth Cazoo UK Championship title with a 6-3 win over Michael White in a high quality contest in York.

The Rocket looked in danger of a shock first round exit when amateur White fought back from 3-1 down to 3-3, but O’Sullivan regained his footing and won the last three frames to set up a last-64 tie with Robbie Williams. 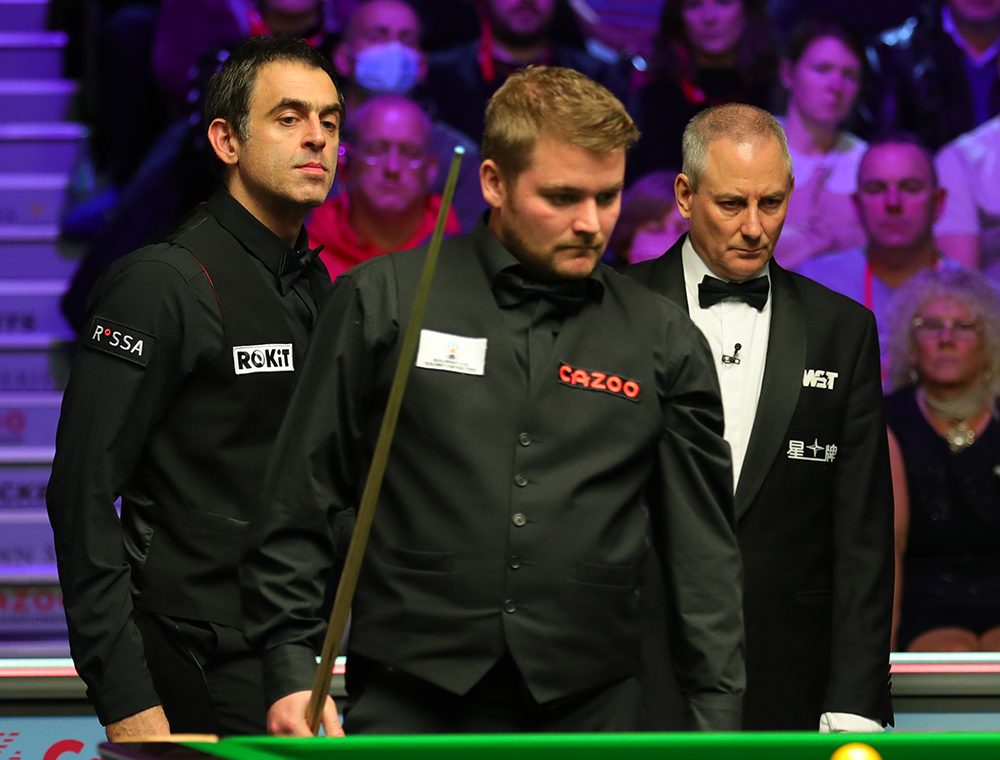 Breaks of 139, 131 and 72 gave O’Sullivan his early lead. White fought back impressively by taking frames five and six, and in the seventh he had a chance to clear from 59-1 down, but ran out of position on the final red. O’Sullivan got the better of a safety battle on the colours to go 4-3 ahead, and that proved the turning point as the world number three added the next two frames for victory.

“Michael is too good a player not to be on the tour,” insisted O’Sullivan, who celebrates his 46th birthday on the final day of this tournament. “He is a proper player, he has won two ranking events. He’ll get back on the tour, stay on it and do well. I know my snooker and I offered him some advice after the match. Whether he takes that or not is up to him, but it might be good for him to go away and look at that.

“He has got so much potential to win many more tournaments. When I stop playing I would love to help him, free of charge, because I really like the guy. He plays the game in the right way and plays to win. Some of the matches I was watching tonight, they play as if their life depends on it and you can’t play this game that way. We all want to win, but you have got to play the right shots. Most of the tour are just desperate to win so they play ugly snooker. He’s not like that, he plays to win trophies, and if you don’t do that then the game won’t forgive you.

“The crowd got their money’s worth tonight and they deserved it because they are a good crowd, they have supported this tournament very well. They didn’t have it here last year, because we were in Milton Keynes. It’s good for snooker that the crowds have come back. Big up to York, it’s one of my favourite places on Earth.” 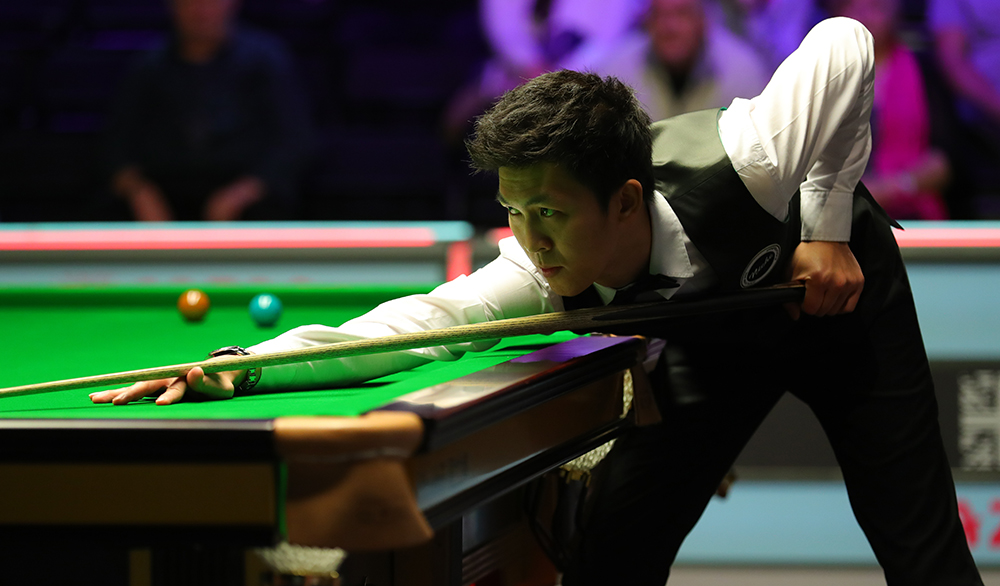 Thepchaiya Un-Nooh equalled the record for the most century breaks in a best-of-11 frame match as he made five tons in a 6-1 defeat of Stephen Hendry.

Thailand’s Un-Nooh needs wins under his belt to be sure of keeping his tour card at the end of this season, and boosted his hopes with a tremendous display against legend Hendry.

Hendry said: “I told him at the end he’s a fantastic snooker player, he really is, he just plays beautifully. Someone told me he’s fighting for his place in the tour which I found absolutely bizarre. I just sat and admired him all night.

“I’ve got a pretty good idea where my own game is. I don’t want to sound like a broken record, I make fun of people who say they play well in practice so I don’t want to be that person.”

Jack Lisowski needed just 76 minutes to beat Sean Maddocks 6-0 with a top break of 126, while Mark King top scored with 101 in a 6-2 defeat of Jackson Page.