Ronnie O’Sullivan returned to snooker’s limelight after a four month absence and won nine frames without reply as he topped Group 10 of the Matchroom.Live Championship League.

Moustachioed O’Sullivan bristled with confidence as he beat Kishan Hirani 3-0, Michael Georgiou 3-0 and Chris Wakelin 3-0, making breaks of 112, 52, 65, 116, 82, 80, 97 and 93 during the day’s action in Milton Keynes. He goes through to the Group Winners’ phase and will be back on the baize next Tuesday, in a quartet with Harvey Chandler and the winners of Groups 1 and 6. 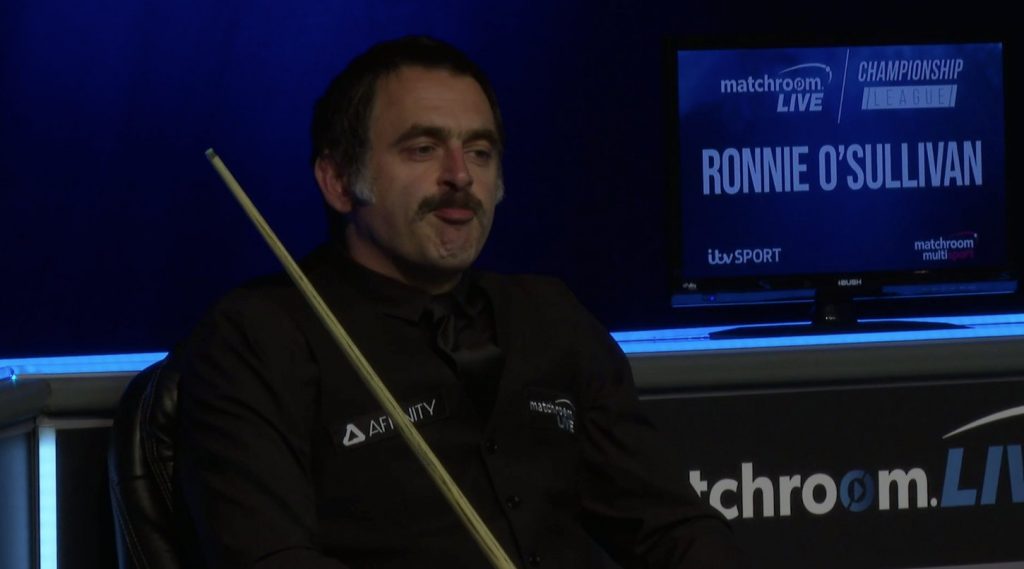 “It was good fun,” said five-time World Champion O’Sullivan. “I have hardly played since the Welsh Open in February – you can’t really count the Shoot Out because that was only a couple of frames. Then I did a couple of exhibitions, but other than that I only played for about four or five hours last week. It just shows you probably don’t need the practice, I should spend my time doing something else.”

Asked about the moustache, O’Sullivan said: “I set myself a challenge. As soon as we were in lockdown I was going to grow a beard but that got itchy so my partner said, ‘why not grow a moustache?’ It was a bit of a giggle really. A few people have said I look like a Mexican drug lord, like ‘El Chapo’. Someone even said Freddie Mercury.”

On the other table, Tom Ford was almost as impressive as O’Sullivan, losing just one frame in his three matches in Group 15. The Leicester cueman saw off Ian Burns 3-0, Mike Dunn 3-0 and Robert Milkins 3-1, making a 130 and four more breaks over 50.