O'Sullivan Through As Liang Gets The 'Yips' 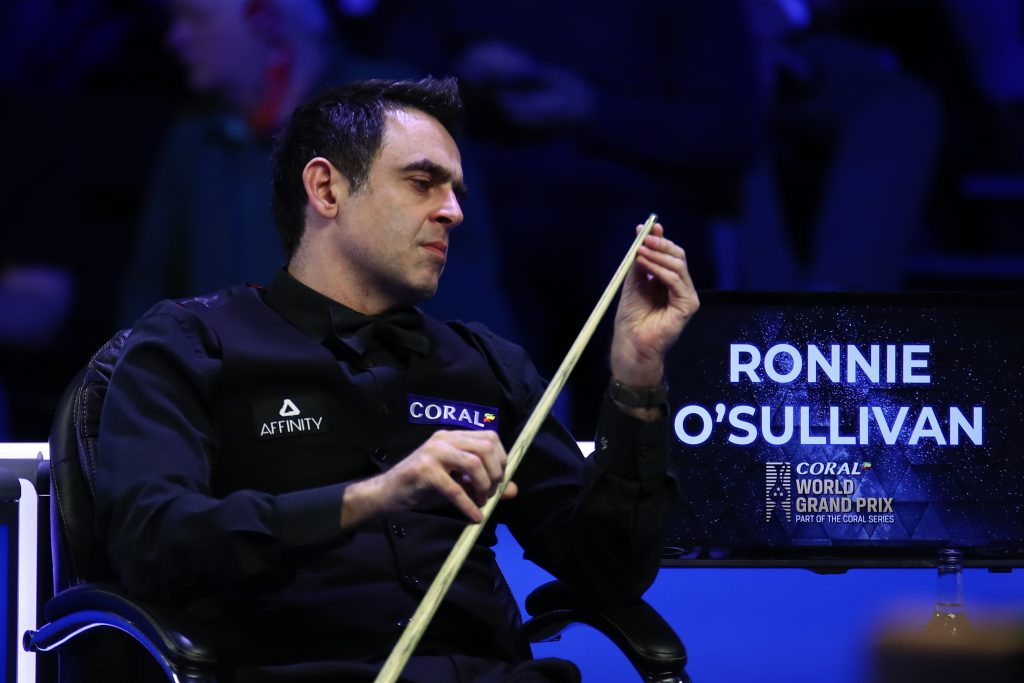 Ronnie O’Sullivan reached the quarter-finals of the Coral World Grand Prix with a 4-3 win over Liang Wenbo, who missed a golden chance for victory in the deciding frame.

O’Sullivan felt his opponent was suffering from the “yips” and was fortunate to continue his progress at the tournament in Cheltenham. He’ll meet Graeme Dott in the last eight on Thursday at 7pm (tickets still available, click here for details).

Playing in his first tournament since December’s Scottish Open, O’Sullivan may lack his usual all-round sharpness, but his break-building tonight was of the highest quality as he fired three centuries.

First chance in the decider went to Liang and he made 32 before missing a tough blue. O’Sullivan’s counter was on 47 when he failed to pot the last red along the top cushion, leaving it in the jaws. With every ball in the open, Liang took the red, pink and yellow but didn’t get position on the green. A safety exchange on the brown ended with an error from Liang which gave his opponent the chance to clinch the tie.

“It was a twitchy sort of game, Liang looked like he had the yips,” said five-time World Champion O’Sullivan. “For the first five frames he looked like he couldn’t let go of the cue. That put me off a bit because I was thinking if I can’t beat someone with the yips then I might as well turn it in. That type of thing goes through your head and you have to try to block it out and just play. That’s the difference between matches and practice.

“I felt very rusty. I’m ok among the balls but I’m all at sea in the other areas of the game. Hopefully with each match I can get a bit stronger.”

Dott’s progress was much more serene as he beat Xiao Guodong 4-0 with a top break of 67.