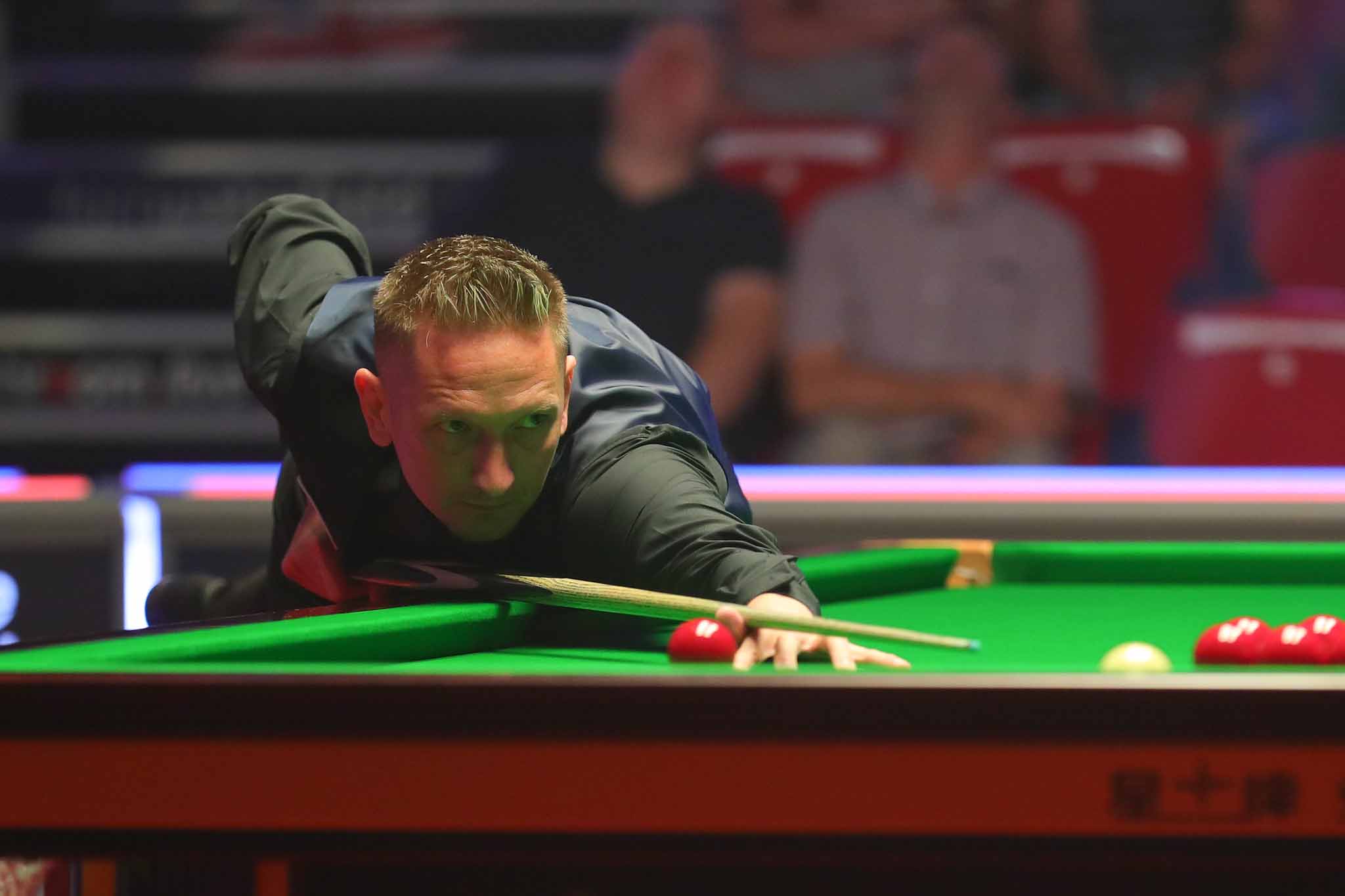 Welshman Andrew Pagett believes his Sunday showdown with world number two Judd Trump at the BetVictor Northern Ireland Open will provide a strong indication of where his game is at after making his return to the World Snooker Tour this season.

Pagett lost his professional status in 2015, but qualified for a return to the circuit in 2020. He was forced to defer his tour card when he was suddenly hit by the gastrointestinal disease, diverticulitis. Thankfully Pagett is now fit and able to begin competing.

There were some positive signs for Pagett at the recent British Open, where he scored two wins to reach the last 32, before bowing out against world number 18 David Gilbert.

Andrew, how are you feeling going into your match with Judd Trump on Sunday?

“It’s a good test for me to see where my game is at. I actually had Covid a couple of weeks ago so I had to isolate and haven’t had that much preparation. I’ve been playing the game long enough though, so hopefully I can show what I can do against Judd. I’m looking forward to playing him. I’ve got no doubts it will be a good game. I’ve just got to turn up and if I do then anything can happen. At the end of the day every player will tell you that they just try to play the balls, but he is the best player on the tour and the most consistent player on the tour. Everybody knows that. If you aren’t on your game, then you won’t win.

“I’m enjoying it all. It’s about enjoyment for me this season and if I can keep that up then I’m sure it will come out on the table and I will get a few results. You do want to miss people like Judd though. I’ve then got to face Jack Lisowski in European Masters qualifying so it isn’t going to be an easy few weeks.”

How much have you enjoyed the opportunity to return to the professional circuit and compete in front of fans and the TV cameras again?

“I need the fans there. We’ve been without them for a long time and the more they can get into the venues now the better. I feed off that. I’ve never played at the Waterfront but I’ve been told it is a great venue, so I’m really looking forward to it. I loved the British Open. The crowd were fantastic in Leicester. I think it was a matter of fans loving being back watching live snooker and they fed off it. There was a great atmosphere at that venue and I’m looking forward to next week.

“It is about getting used to the environment around the main table. I was so used to it after being on the tour for such a long time. Havingn now been away for five or six years I need to learn that all again. The lights on that main table are really bright. I am struggling to find the angles. I played David Gilbert on the main table at the British Open. I missed a few blacks off the spot in that match, that I wouldn’t normally miss one in a month. There are lights everywhere on that table and the more you are out there the more you get used to it.”

How much of a boost to your season would it be if you could get a victory against Trump on Sunday?

“In any sport it is all to do with belief in yourself. If you are putting the hard work in and the results aren’t coming then you are in a difficult place. If you start getting a few results against the top boys then you start to believe. If I can get a result next week it would be a massive boost. I just want to go out there and enjoy it and if I do that then I’ll have every chance of playing as well as I can.

“The first six months of coming back were always going to be really difficult. Having a lack of match sharpness is hard. Every match you get more used to things. I’m going to get a few hammerings, but there will be times when I get some good wins. I have total belief that I can both beat the best in the world and also lose to the worst in the world! If I turn up on Sunday night I know I can wipe off four frames. If you are in the right frame of mind, then anything can happen.”

Tickets remain available for this next week’s event at the Waterfront Hall, which runs from October 9th to 17th. You can witness the best players on the planet for as little as £7. Click here to book now.