Patrick Aiming To Cash In On Form 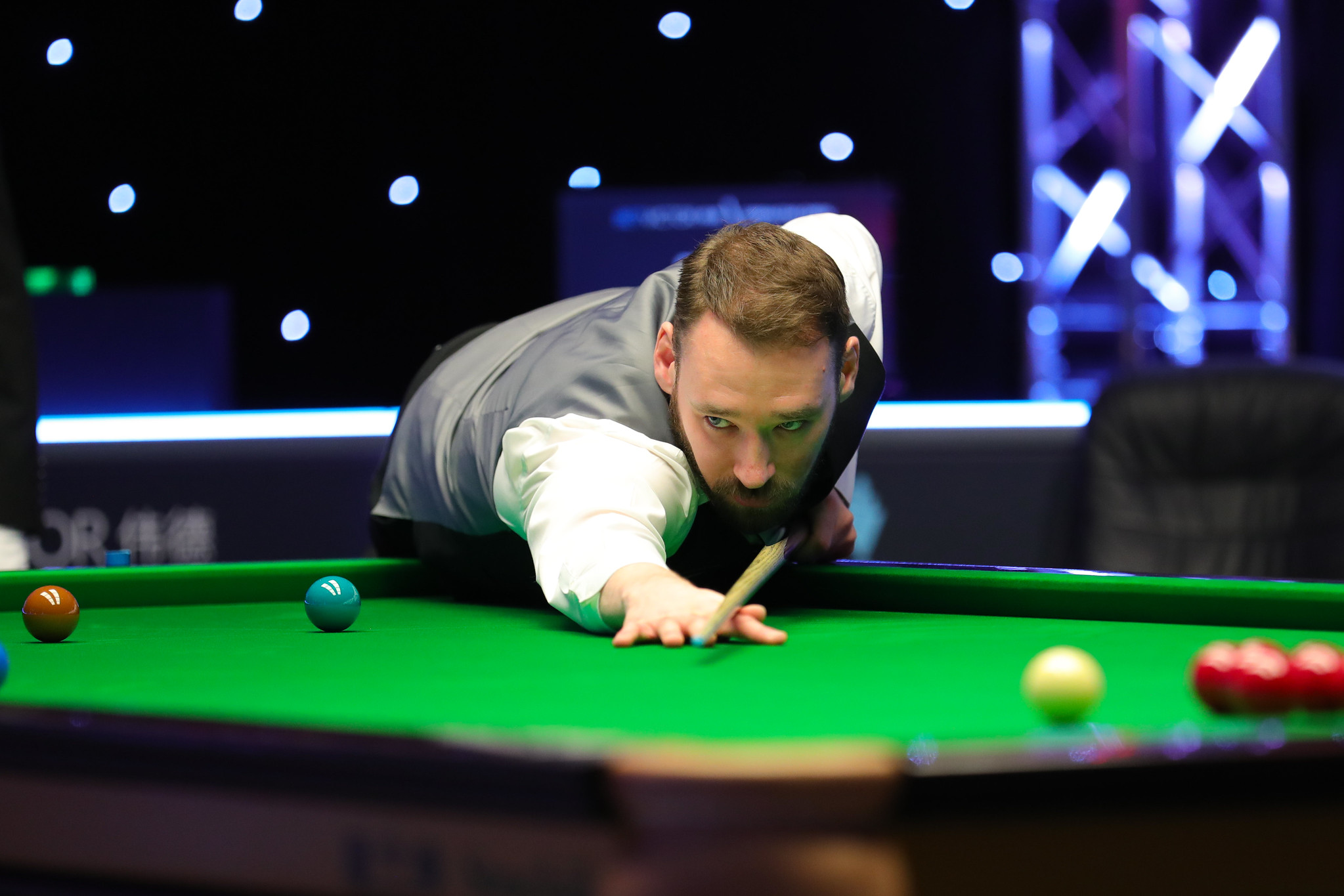 Scotland’s Fraser Patrick heads to York next week for the Cazoo UK Championship, hoping to build on a career best showing at the English Open and push for the chance to pack in his part-time job and become fully devoted to snooker.

Patrick has spent eight seasons as a professional, since he first earned a place on the circuit in 2007. However, he is yet to be able to financially fund himself purely from prize money. Patrick currently juggles his hours on the practice table with a job working as a delivery driver for Amazon.

His recent run to the last 16 of the English Open was his best ever ranking event performance to date. That included defeats of Simon Lichtenberg, Hossein Vafaei and 2005 World Champion Shaun Murphy. The 36-year-old also recently beat Stuart Bingham to qualify for the final stages of next year’s European Masters.

Fraser, how are you feeling ahead of your trip to York for the UK Championship?

“I never really get too overconfident or pessimistic. If I go there and play well I know I have a good chance of winning. That’s kind of how I look at all of these games. I think Joe is a cracking player. He was in the top 16 for years and although he is world number 30 at the moment, he is a top 16 player in my eyes. I know he has struggled recently and I think he has said that he has found the Covid times difficult. I’m sure he will raise his game being at a nice venue in York. I think it will be a good match.”

You had a run to the last 32 of the UK Championship back in 2014 when you were beaten 6-3 by Judd Trump. What are your memories of that experience?

“I had two good wins against Jamie Burnett and Ryan Day to get to the last 32. Even in the match with Judd I played well, but he didn’t miss for the first three or four frames. It was hard to get into the match. I was 4-0 down and did pretty well after the interval. He got to the final and lost to Ronnie O’Sullivan that year. It was the first run I’d been on in a big event at a venue with a crowd and everything. That was a good experience.

“It is different when you are in one of the big tournaments. That match with Judd was the first time I’d ever played on TV. The music and the walkons were in place and there were all kinds of different things I’d never experienced before.  After I beat Ryan Day, I went into the crowd and watched John Higgins finish off his match. I got a message from Ivan in the media room telling me that they wanted to have me in the studio to do some interviews ahead of my game with Judd. That was more nerve wracking than the games for me. I was panicking. Dealing with reporters and the media was something I wasn’t that used to.

“The back tables all have fixed cameras, but it isn’t the same. When cameramen come into play, they are often still moving when you are on your shot. It takes a wee bit of getting used to. You can easily start making excuses for yourself when you go into that environment. I spoke to a player a few years ago that said when he went on the TV table he couldn’t see the angles because the lighting felt so different. The top players are completely used to that environment. If you miss, they will clear up. It isn’t like you are getting three or four chances. One mistake and you are in your chair for ten minutes. It is a good challenge though.”

What are your main goals for the rest of the season?

“I’ve never been able to play full-time, so that is the goal. I want to do well enough to fund myself to fully focus on the snooker. I used to work in a snooker club behind the bar for 10 years while I was playing. I left that club in August 2018 and started looking for a different job. I now play out of the Red Triangle in Cumbernauld, which is a great place to play, but I decided I want to work outside of a snooker environment. I got a job as a delivery driver for Amazon three years ago. It isn’t full-time, which is difficult. It is all done through your phone, so you can sit there for two hours just trying to get a shift. When one comes up you just have to take it. I have to try to fit the odd bit of snooker in and around that.

“If I go to the qualifiers and get beat, most matches that is for about £3,000. That loss means I am then going home to work four hours for £70 instead. That puts into context how much pressure you are under at these events. A win can fund you for a couple of months. The top guys want to win to be able to do the best they can, but they don’t have the financial worries of the other guys. Some players are literally playing to be able to afford Christmas presents and mortgages. Everyone has different pressures.” 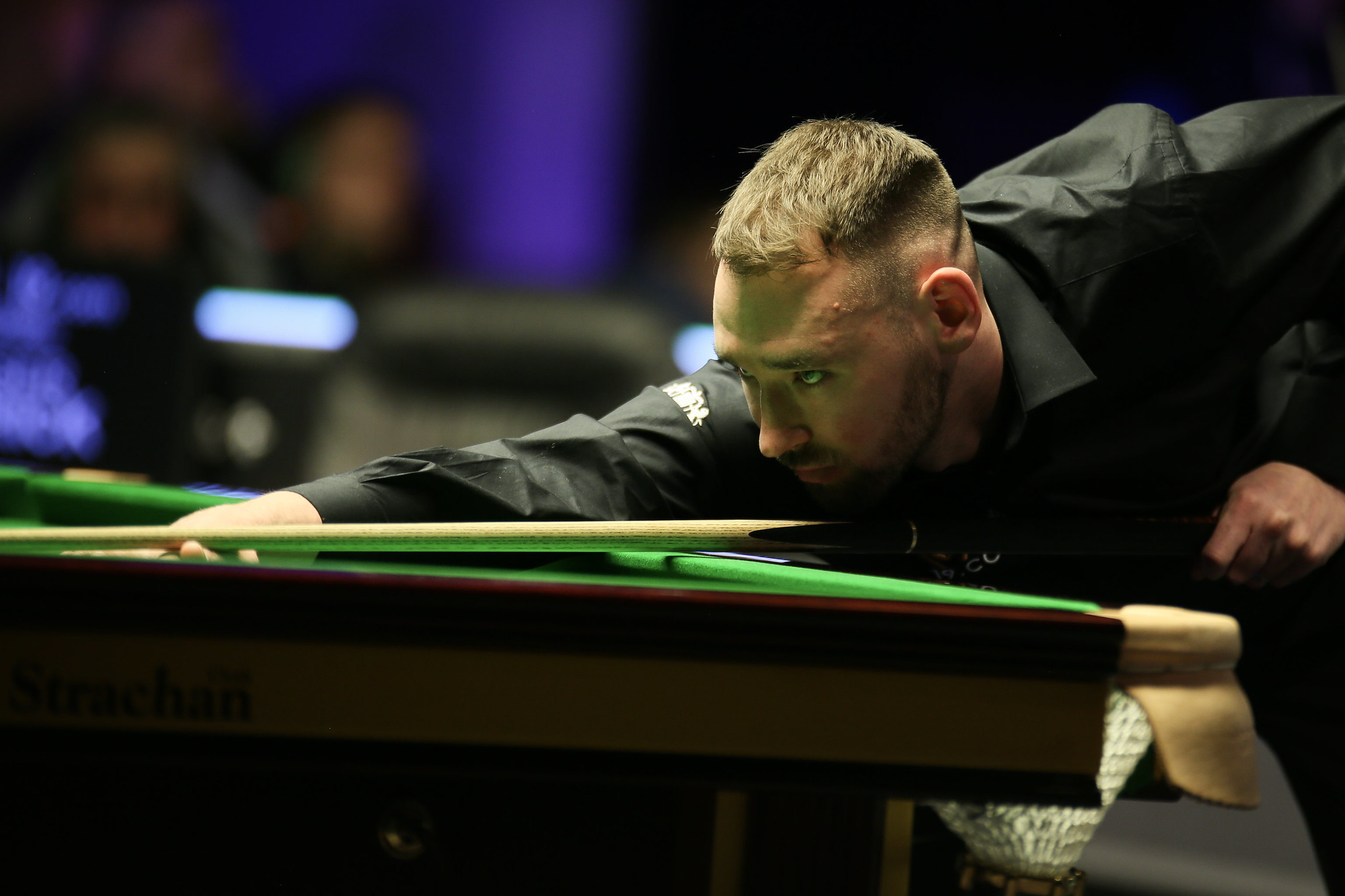 How much would it help you and your progression to be able to make that leap to playing full-time?

“It would be massive. Everyone knows the players that live around me. I’ve got John Higgins, Anthony McGill, Stephen Maguire and Graeme Dott, all within a 15 minute drive of my house. When I’m working I can’t get games with them, but they are all willing to give me games. I am playing with Graeme and Stephen before the UK Championship, but normally that just isn’t possible. If I was able to just not worry about work, I would hope that I could really improve how I perform on the tour. Only good things would happen if that were the case. I beat Shaun Murphy last week, I beat Stuart Bingham the week before and I lost to Neil Robertson before that. I’ve played three World Champions in the last few weeks and beaten two of them. I know I can do it and I know I can play. I’d like to think if I can get practising at the same level as everyone else, I’d do well.”

You’ve developed a bit of a reputation as one of the go to people for re-tipping cues on the circuit. How did you learn and perfect that skill?

“One of my best mates Raymond Cohen taught me how to do it and since then he has gone on to become a top cuemaker. He used to do John Higgins’ tips for him. I then basically took over doing it for John, Graeme Dott and Marcus Campbell as well. I was re-tipping for most of the Scottish professionals. A few years ago at the Scottish Open Ronnie O’Sullivan wasn’t happy with his tip so I got called over to the Emirates Arena, which is just a few minutes from my house. I walked over and did it for him. I’ve done a lot of players over the years.

“It can be nerve-wracking. The first time I did John’s cue, he was over me watching and my hand was shaking. I had to ask him to go through to the other room because he was hovering over me. When Ronnie wanted his tip done they had a TV camera in my face. I’ve been doing it for years so it is easy to do, but at the same time you are using an open stanley blade and superglue. It doesn’t take much for something to go wrong. I’ve seen guys put tips on and an air bubble has burst and sent glue all down the cue.

“It got to the stage where I’d be practising and a random guy would come up and ask me to do his cue. It was non-stop, so I’ve stopped doing all of that. I’ve sold all of my stuff. I used to have over 1000 tips in my house. I’ve sold every one of them apart from the ones that I use. It takes a lot of time. I used to do the club cues and that is three hours of my time. It takes a wee while.”