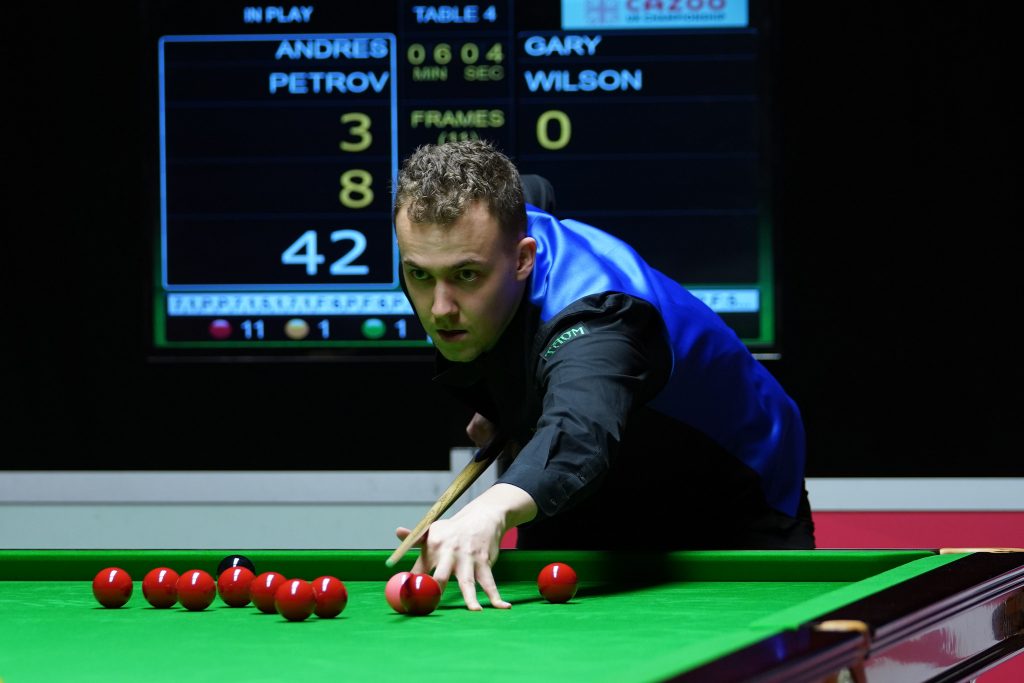 Estonia’s Andres Petrov continued his brilliant run in the Cazoo UK Championship qualifiers with a 6-4 win over Gary Wilson to reach Judgement Day.

Petrov is playing on the pro tour for the first time this season having won the European Amateur Championship earlier this year, and the 26-year-old from Tallinn is showing his potential in Sheffield this week. Having beaten Jamie O’Neill and Jackson Page, he has now knocked out former Crucible semi-finalist Wilson.

On Thursday at 7pm, Petrov will face Xiao Guodong, with the winner to go through to the final stages in York which start on Saturday. The draw for the last 32, with the top 16 seeds to be picked out at random against the 16 qualifiers, will be made on Thursday afternoon as part of our Judgement Day production.