The element of luck can have a huge impact on a snooker match, and even a player’s career.

At the qualifying rounds of the Scottish Open in Cannock in October, Ian Burns is playing Hossein Vafaei. With just a small handful of supporters looking on, it’s a far cry from the Barbican, Alexandra Palace or the Crucible. 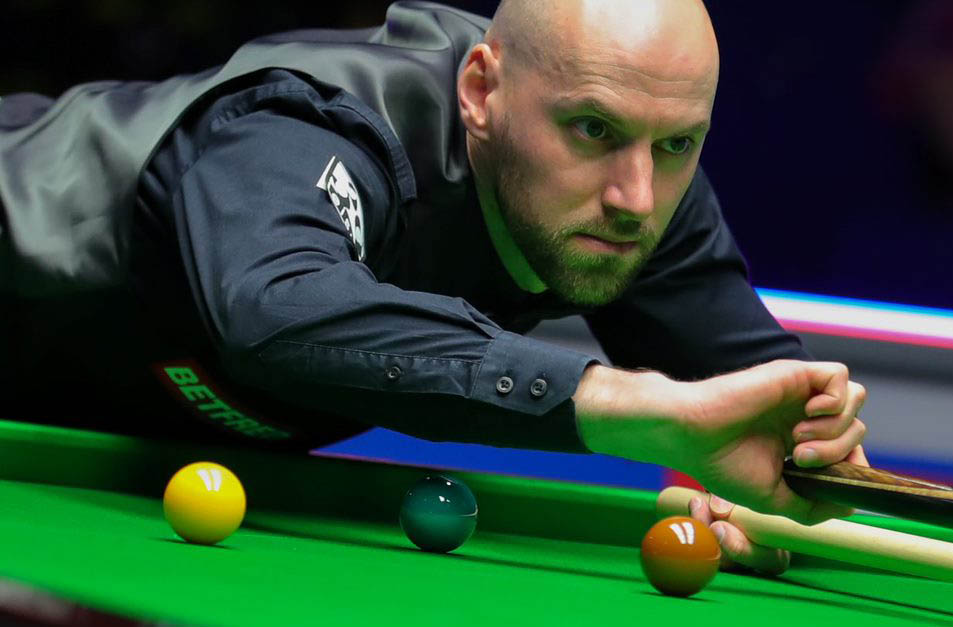 Yet for Burns, it’s a vital match. As well as the chance to earn a place in the final stages in Edinburgh, there’s £3,000 on the line which he badly needs for his bank balance and to boost his ranking position of 82nd. Leading 3-2 in a best of seven, and by 21 points with only five colours remaining, he sizes up a pot on the green to a centre pocket. Victory could be just a few seconds away. What follows will haunt Burns for many moons afterwards.

He pots the green, but the cue ball gets a wicked kiss on the black and finishes behind the pink. He leads by 24 points but is now snookered on the brown. Coming off a side cushion, he makes contact with the brown in the baulk end, but it’s such a fine clip that the cue ball sails into a corner pocket. Vafaei clears the table and, inevitably, goes on to win the deciding frame.

“I still remember everything about it, even though it’s something I want to forget,” said Burns, speaking several weeks later. “I thought I had won, then the whole match turned in a few seconds. I could play the shot on the brown 100 times and not do that again. Those incidents really hurt and they stick in your memory.

“The drive home afterwards was horrible. I went to McDonalds to get a McFlurry to try to cheer myself up. The McFlurry machine was broken.”

There are few sports, if any, where the element of luck is as significant as it is in snooker. Firstly, no matter how well a player prepares and performs in practice, he faces the possibility that he will run into an opponent who pots every ball and plays perfect safety. It’s not unusual for a player to lose 4-0 without making a significant mistake.

Then there are the slings and arrows of outrageous fortune within every frame. Flukes, positional shots which run a millimetre too far and finish too close to another ball, missed pots where the cue ball lands safe, botched safeties which end up snookering the opponent. If a mathematician is looking for a sport which demonstrates Chaos Theory, he needs look no further than snooker. The movement of the balls across the baize follows the laws of physics, but there are so many rolling spheres and other factors – such as friction, chalk dust, the speed of the cloth and cushion bounces and even the temperature and humidity – that it is impossible to predict the finishing positions of those revolving objects. 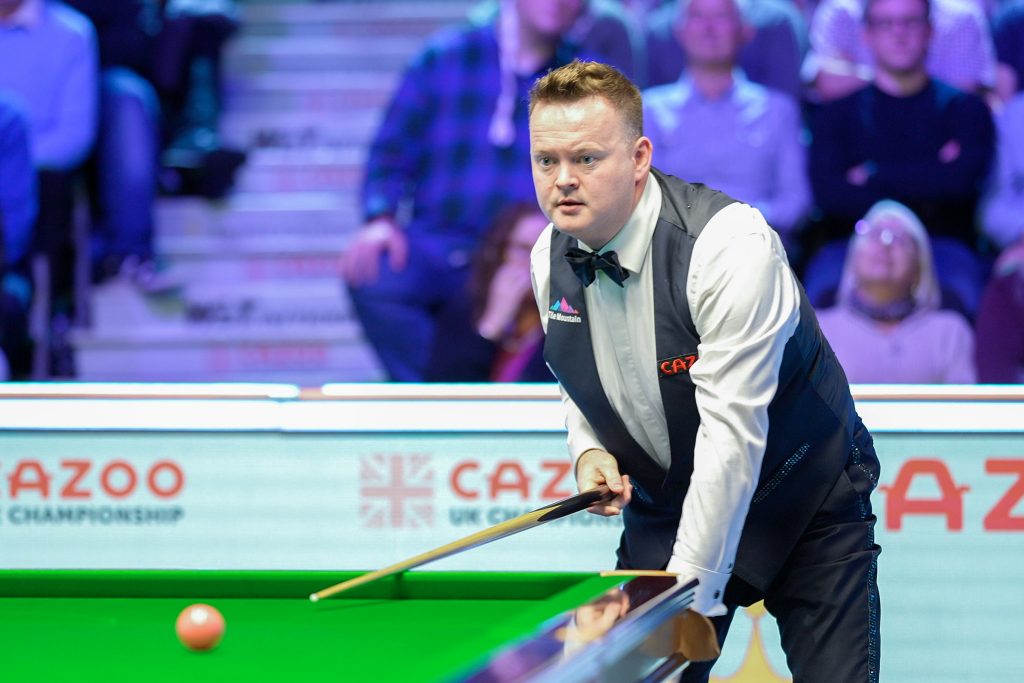 “Luck plays a massive part in our game, there are so many elements which we can’t control,” said Shaun Murphy. “Sometimes you fell that Lord Voldemort himself has put a curse on you and no matter what you do, everything goes wrong.

“Some players hit the balls harder, going into the pack at pace from the blue or black. That’s a gamble but it gives you a better chance of finishing on a red. Judd Trump has a very aggressive style and seems to get more luck than other players but that’s because of his style of play.

“On the defensive side, these days it’s fashionable to play a ‘thick’ safety shot which moves a lot of reds, and you have no idea where they are going. You are just hoping not to leave one over a pocket, or to get cover behind a baulk colour. As I am getting older I am trying to play shots which move fewer balls and the outcome is more predictable.

“There’s no other sport where you can go out there with all of the preparation under your belt, but you are playing Russian Roulette in terms of which way the balls will roll for you. There are vital slices of luck in every match.” 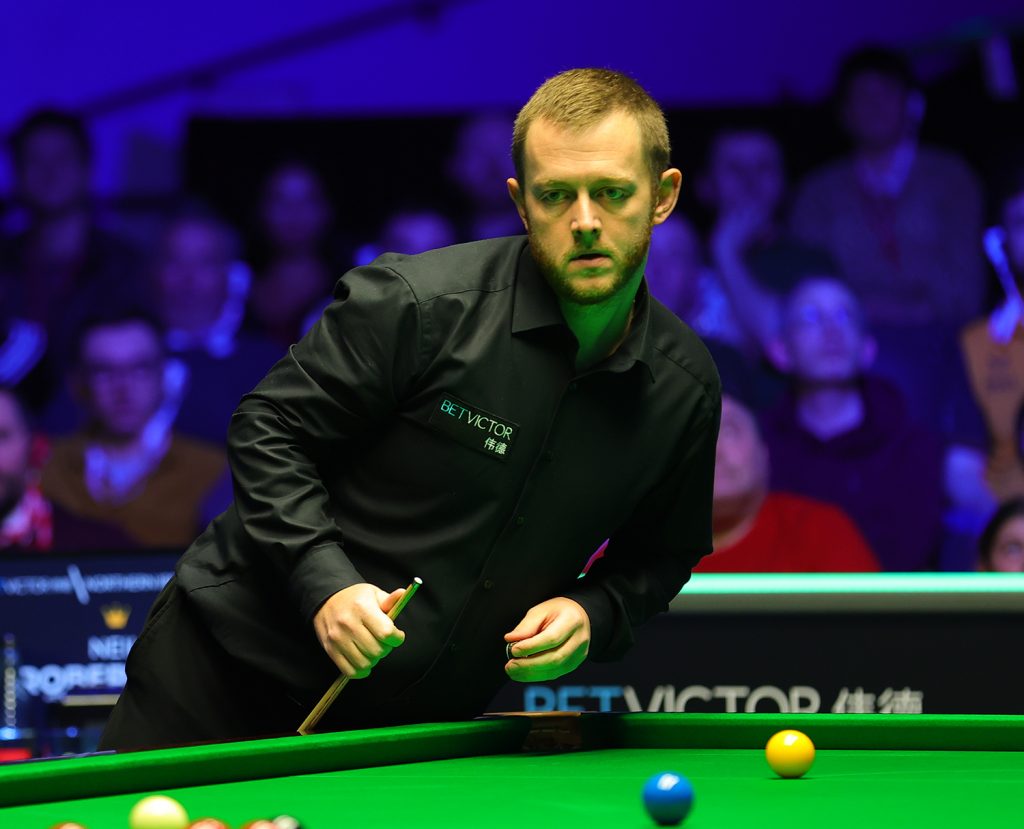 A cruel piece of misfortune can leave deep scar tissue, while players tend to forget more quickly when the snooker Gods smile in their favour. “All snooker players think of themselves as the unluckiest in the world,” said Mark Allen. “I genuinely believe there are some players luckier than others. Jordan Brown for example is a joke, I play him every day and he gets so much. Obviously if you hit the ball harder you will get more flukes than the finesse players. When you do get a big piece of luck, all your opponent can do it sit and watch, he might not get another chance. That makes it so mentally challenging.”

When luck goes against a player, the temptation is to become convinced that he is doomed to fail, and that can become a self-fulfilling prophesy. During his crucial conversations with a player pre-match or during an interval, Chris Henry, who has coached leading players including Allen and Murphy, must convince his man to keep a positive attitude.

“What I tell my players is that ‘it’s going to happen.’ You are going to get moments of what we call bad luck, but in fact they are just outcomes which were always possibilities,” said Henry. “They key is for the player to accept responsibility for it. He is the only one who has hit the white and caused the balls to move around the table in a certain way, there is no one else to blame. And, he has to deal with that outcome and move on. When a player complains, I call it excuse-itis. He has to look in the mirror and accept that he is the only one responsible for his actions. Most players think they are unlucky, because they remember the flukes their opponent had, but forget the rub of the green they had elsewhere in the match.”

Benjamin Franklin said that “diligence is the mother of good luck” and that comment was morphed by golfer Gary Player into “the more I practise the luckier I get.” Through repetition, a player can perfect certain shots, such as the pack-split from the blue or black, and therefore enjoy better results for those shots during matches, even if it appears as good fortune. Another oft-repeated maxim is that luck evens itself out over a career, although as broadcaster Phil Yates points out, the key element is not so much the volume of luck, but the timing.

“Getting a fluke in the opening frame of a first round match in a small event is not significant, getting one in the deciding frame of a big final very much is,” said Yates. “One match which springs to mind was the 2002 World Championship semi-final between Peter Ebdon and Matthew Stevens. Ebdon was 16-14 down and on the verge of losing. He escaped from a snooker on the last red and sent it towards a corner pocket, but it rested on the cushion where Stevens couldn’t pot it. Of course Ebdon came back to win that match and went on to lift the trophy, while Stevens never became World Champion. One centimetre either way and Stevens would have potted that red.”

The chance factor, of course, adds to our fascination with snooker. Those moments when one player is flushed with good fortune and another is poleaxed in despair, bring gasps from the crowd and cause the television viewer to squirm with delight. So good luck, and bad luck, to all of our players – and long may it continue.

Best and worst pieces of luck

Shaun Murphy: “The worst I remember was against Ali Carter in the Masters semi-finals in 2020. I was 4-3 down but looked like going 4-4 because I had him in a tough snooker on the last red. He hit the red, which was in the middle of the top cushion, it rolled along the cushion and with its last revolution dropped into the corner pocket. That was a sickener. My best piece of good fortune has to be the 2008 UK Championship final against Marco Fu, where in the last frame at 9-9 I was on the pink with one red left, it was match ball. I missed the corner pocket by miles, the pink bounced off two cushions and few into a middle bag. That was a huge moment and effectively won me the tournament.”

Mark Allen: “My worst was at the World Championship in 2012 against Cao Yupeng when I potted the black to go 9-7, but got the biggest bounce off the cushion I’ve ever seen, and the white went into a baulk corner so I lost the match. The best was the pink I fluked against Shaun in the final of the Scottish Open in 2018. I was 8-7 up, missed the pink with one red left and it came off the middle pocket and went into a corner. He has never let me forget that.”