Promising Start Suggests A Bright Future For Snooker In Turkey

The first ever ranking tournament is generally acknowledged to have been the 1974 World Championship, as when the first rankings list was produced two years later it drew upon results going back to that event. That took place in a vast hangar-type hall at the old Belle Vue greyhound racing and speedway track in Manchester – and the contrast to the most recent, and first such tournament staged in Turkey, could hardly be more stark.

The Nirvana Turkish Masters took place in the Mediterranean resort city of Antalya, against a backdrop of the still snow-capped Taurus mountains on one side and the turquoise-blue sea on the other, and in a holiday region where a short hop away from the five-star luxury hotels and golf resorts, the landscape is peppered with olive trees and orange groves.

It is already hard to recall, after Judd Trump became the first player ever to lift the magnificent and super-sized trophy having brought the house down with a superb 147 maximum break in the final – but this was the tournament that could easily not have happened. Originally scheduled for September, it had to be postponed when Turkey was unexpectedly left on the UK’s travel Covid red list for some extra weeks. 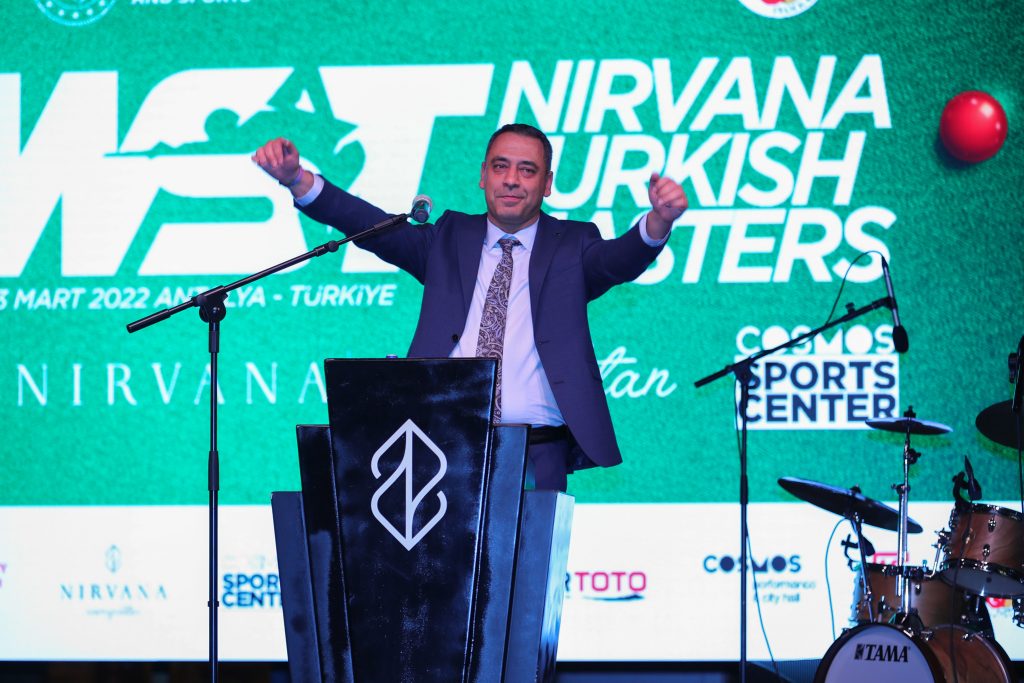 That meant extra worry and grey hairs for the passionate, energetic and determined team behind the project – not least promoter Tugba Irten, a former amateur player himself who nearly managed to turn professional, Burcin Badem the director of sports at venue the Nirvana Cosmopolitan Hotel, and Ersan Ercan, Muhammed Leysi and their team at the Turkish Billiards Federation.

But there was about as much chance of them giving up on a long-held dream, as there was of inaugural champion Trump eventually carrying the huge trophy home himself. That went back to the UK with the WST trucks to save him an extra seat and excess baggage on Easyjet. But a week before as the world’s best players started to arrive from the airport, the excitement was tangible.

There is a world of difference actually seeing players in the flesh to watching them on Eurosport for years, excellent as that broadcaster’s coverage has been and remains. As a journalist I had this event marked down from the initial discussion stages as one that could be well worth a trip. The Turkish people are passionate, proud, and love their sport  – and ultimately those things shone through.

Staging such a tournament for the first time is never simple, and there are particular intricacies and nuances that are not always obvious. The rehearsals for the largely Turkish TV crew were lengthy and necessary, not having covered the sport before at this level. Regular snooker fans will take for granted the angles and shots they are used to seeing during a match. But those come with 20 years’ experience from those behind the cameras and the team in Antalya learned fast. 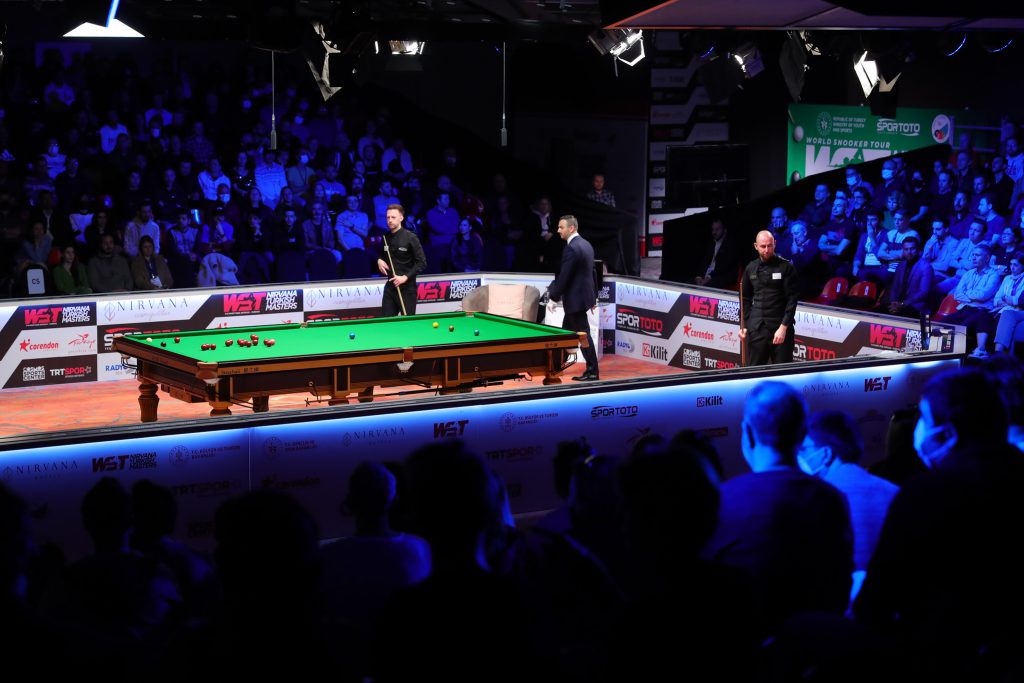 Crowd built throughout the week

For the event also to be televised on state broadcaster TRT with all the football and basketball around was a big coup, and many of the top players were interviewed with translators used either simultaneously or back at the network.

The crowds built steadily during the week until the full houses seen for the semi-finals and final, and you imagine that is a trend that will only continue as a multi-year deal unfolds.

And the final and Trump’s sixth maximum on the last evening was a fitting and perfect climax for the organisers, and made news waves in the host country as well as the more traditional places – exactly the kind of thing that would have been hoped for at the outset. Major news and sport outlet Hurriyet carried the story, along with Cumhuriyet Gazetesi and Halk TV.

The number of other media, which did include one journalist from Belarus, you imagine will like the crowds also only build after the impact of the initial tournament in a nation where in cue-sports until now three-cushion carom billiards has been the dominant force. 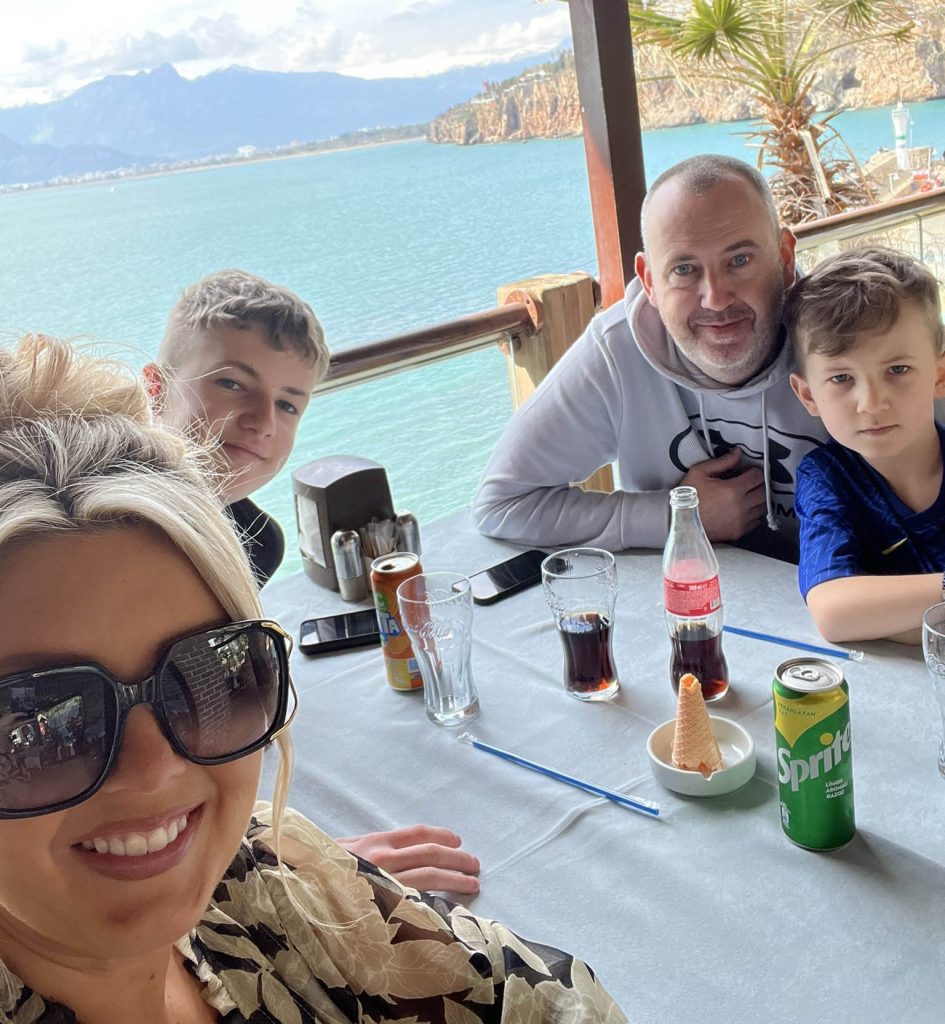 But there was plenty to write about with 27 matches going to a deciding frame, and several players including Mark Williams, John Higgins and Graeme Dott took the opportunity to fly families out for some rest and relaxation while they gave it their all on the green baize. Seeing Williams’ sons tucking into their evening pizza in the restaurant became a feature of the tournament.

One thing is for certain. With a successful Turkish Masters the snooker world just got a bit bigger, and the queue of watching federations and promoters keen to join the party just got a bit longer.