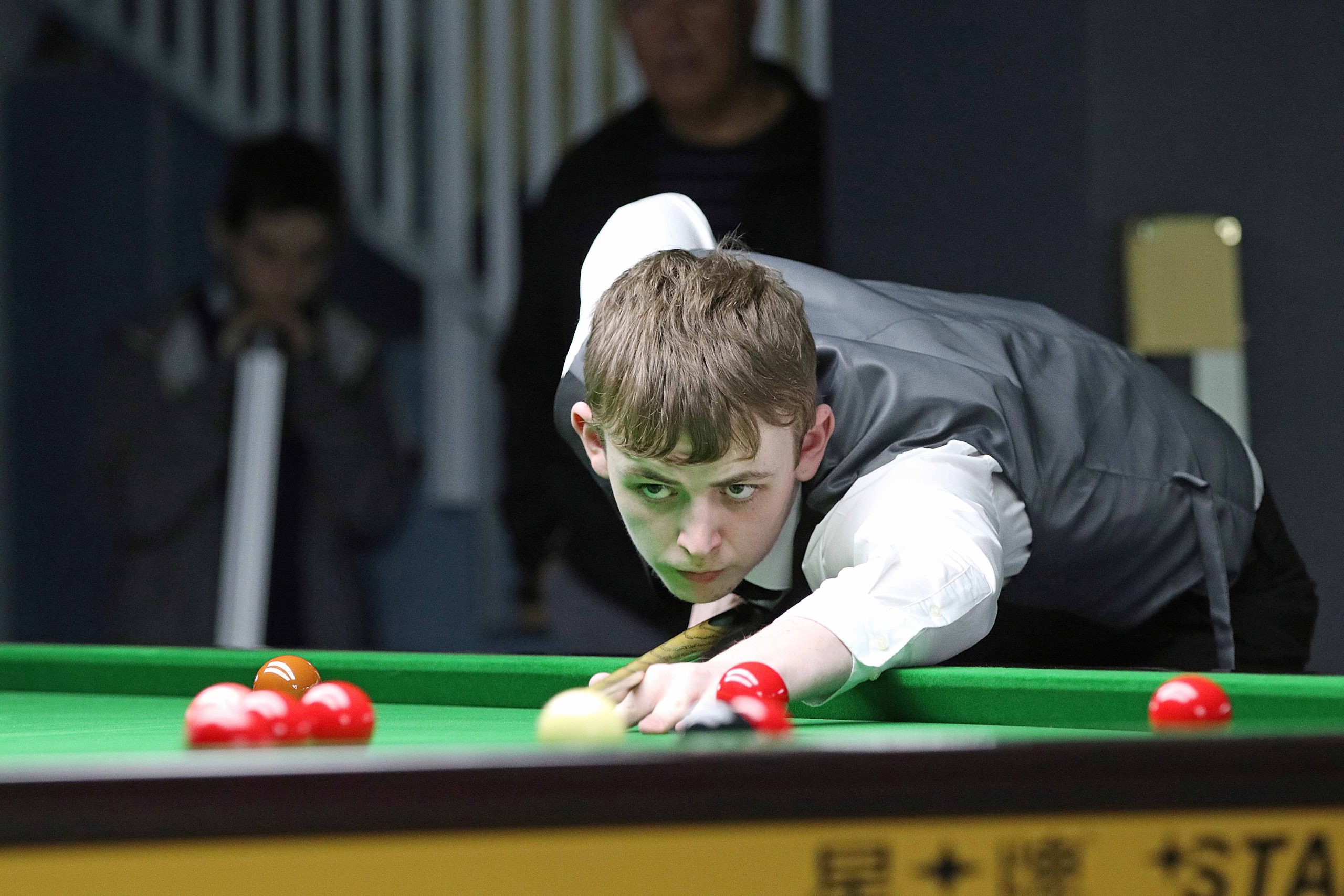 Portsmouth’s 16-year-old cueman Jamie Wilson recently earned a tour card at Q School and now he can’t wait to get his professional career underway next month.

Wilson was the youngest of this year’s 12 graduates. He defeated the likes of former professionals Michael Georgiou and Fang Xiongman on his way to the final round of event three. There he faced fellow young prospect Haydon Pinhey, triumphing 4-3 in a final frame decider.

The youngster can now look forward to doing battle with the finest players on the planet. However, he admits that his only thoughts for entering Q School were originally to build experience.

Jamie, congratulations, first of all what was the feeling like when you potted the winning balls and realised you were going to become a professional snooker player?

“It was unbelievable. After Haydon shook my hand, at the end of the final match, I asked myself if I had really done it and if it was real. I just wanted to jump around, my adrenaline was through the roof and I was completely buzzing.

“The first thing I did after I won was to call my dad and tell him I’d made it professional. I got in the car with my mum and told her, she instantly burst into tears, as she always does when I win something. I phoned all of my mates, I phoned my grandparents and all of my family. They were completely buzzing for me. Everyone was so happy.”

Going into the event, had you anticipated you might go all the way and earn a place on the circuit?

“I really did not think it would be possible. It is crazy to think that I am a professional now. I was looking at the Q School draw and thought that every single match, there was a good player and someone I have heard of. Thinking of it now I wonder how I got through it. To now be having the chance to play these guys is amazing.

“Every time I speak to my best friend Oliver Sykes, who is another good young player, he can’t believe it. We’ve been playing each other on the X Box and talking about it all of the time. All my other friends are congratulating me as well. Everyone has been really supportive.”

Who have been the biggest influences on your amateur career to this date?

“My parents, Suzy and Steve, have been amazing and a huge help. They’ve put so much time and effort into taking me to competitions and they cover all of the costs because I don’t have a sponsor. I couldn’t be here without them. They own a club called the Waterlooville Sports Bar in Portsmouth. They put on tournaments for juniors every week and they had really good turnouts before coronavirus struck.

“I got into cue sports because my dad put a pool table in our garden and built a shed around it. At first he built boxes in around the side so I could reach. I absolutely loved it, started taking it more seriously and entered snooker competitions.

“My coach Tim Dunkley has also been so much help. When I was younger, I was at a stage that I wasn’t improving. When I went with Tim he improved my game so much. He helped my technique, sorted that out and he has been a massive part of everything. I also wouldn’t be here without him. When I told him I won my match against Fang Xiongman, I called him to tell him. He never swears, but he did there! He was in shock. Tim was very happy for me when I told him the news after the event.”

What are you most looking forward to about becoming a professional?

“Playing the very top players. Hopefully I do draw a few of them, it would be great to experience how good they are. I also can’t wait to travel and see the world. It really will be a great experience. There are loads of great young Chinese players so it will be really interesting to go up against them.”

Who is your idol as a snooker player and what would it be like to play against them?

“I like the way Judd Trump plays. He’s changed his game a little bit and plays more safety now. I’ve always looked up to him though. I like Ronnie O’Sullivan, but in my opinion Trump is more entertaining. I guess it would be nerve-wracking to play Trump. I’d be very excited and it would be a dream come true. All I’ve wanted to do since being a kid was to play the top pros.”