Quiz: Name Every Player To Hit A 147 Break At The World Championship

By hitting a break of 147 during his World Championship match against Jack Lisowski, becoming one of only a handful of players to manage a maximum break at The Crucible.

Unfortunately for the Australian, he would later go on to lose the match.

There is a reason that list is such a short one. Achieving the perfect break is incredibly difficult, there is no room for any sort of error across the entire frame.

In fact, it has only been managed by eight players in World Championship history. How well can you remember them?

We want you to name every player to hit a maximum break at the World Championship, with eight to get in total. To help you out, we have given you the year they achieved the feat (some players did it more than once).

You will have five minutes to get them all. Best of luck!

If the quiz does not display correctly, you can take it here.

Choose from hundreds of other quizzes here. 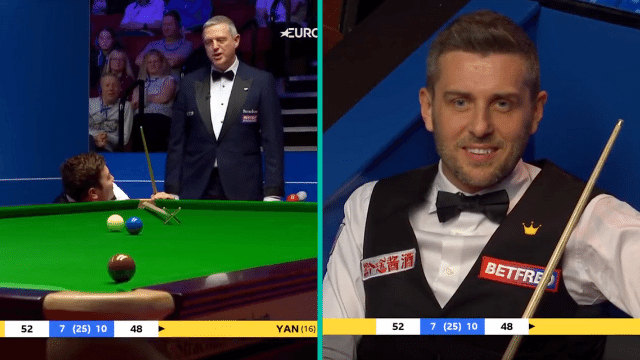