Jordan Brown’s incredible victory at the BetVictor Welsh Open has boosted him 28 places to seventh spot on the one-year ranking list. 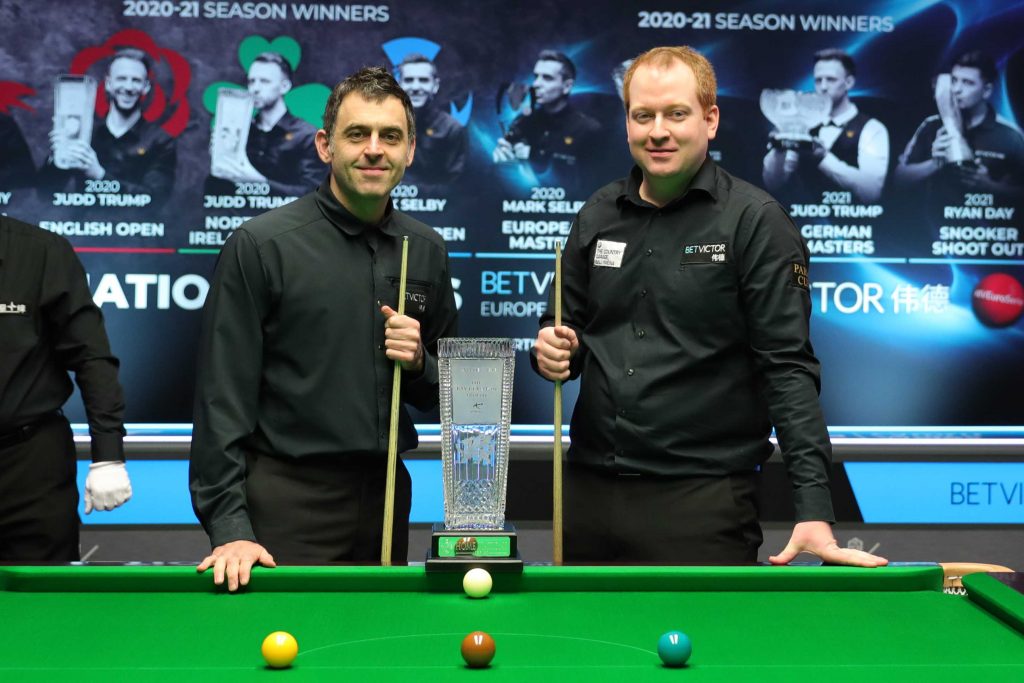 Brown had never previously been beyond the quarter-finals of a ranking event, but went all the way to the title at Celtic Manor, beating Ronnie O’Sullivan in the final.

The £70,000 top prize sees him climb from 35th to seventh and earn a spot in this week’s Cazoo Players Championship, contested by the top 16 on the one-year list. And Brown is well on course to qualify for next month’s Cazoo Tour Championship, with the top eight to earn a place. With an overall tally of £100,000, he is well clear of Zhou Yuelong in eighth with £83,500 and Barry Hawkins in ninth with £80,500. O’Sullivan moves up from sixth to fourth.

Of the 16 men in the field for this week’s Cazoo Players Championship, six are outside the top 16 of the official two-year list.

There is just one event to go in the race to top the BetVictor European Series.  The leader of that ranking list at the end of the BetVictor Gibraltar Open (March 1-7) will earn a massive £150,000 bonus.

Judd Trump still leads the way with £124,500, though he lost in the last 32 in Wales which allowed others to close the gap. Mark Selby reached the quarter-finals to bring his total to £118,000 so he trails by just £6,500. But Selby must reach the final of the Gibraltar event to stand a chance of overtaking Trump. The only other player in the running is Brown, who lies third with £87,500. He must win the £50,000 top prize to have a chance.

On the two-year list, Brown is up from 81st to 45th while O’Sullivan moves from third to second, albeit trailing Trump by £830,000.

There are four counting events remaining in the Race to the Crucible. Barry Hawkins is in 16th place, just £3,000 ahead of Jack Lisowski in 17th.